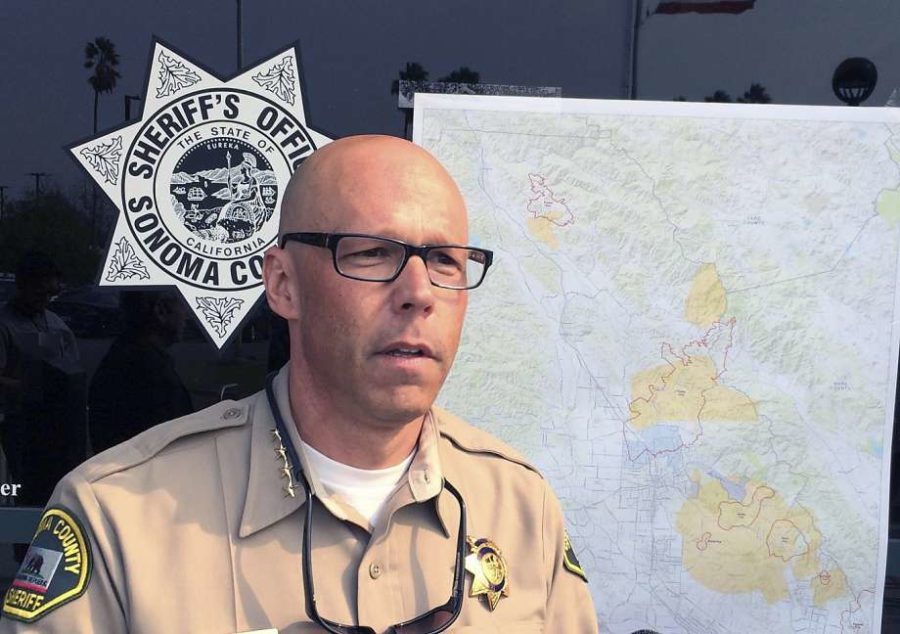 The death toll in Sonoma County has risen to 17 while 400 others remain missing on Oct.12 since fires broke out late Sunday night, authorities say.

Most of the victims were from the Larkfield and Santa Rosa area.

According to Sheriff Giordano, officials have recorded 1100 missing persons reports, of which roughly 745 have been located safe while 400 are still missing due in part to communication issues.

Officials are now conducting targeted searches based on information family and friends report about the missing people and going to specific houses to look for them. As the affected areas cool, officials can begin doing broader searches.

Police found the bulk of identified victims through targeted searches. In some cases, officials had to wait one or two days for the house to cool before continuing a search.

Of the 10 identified victims, the coroner identified two through medical devices or implants, two through dental records, one by distinct tattoos and others through fingerprints and investigations based on information the family provided.

The Sheriff’s Department urged the public to call (707) 565-3856 to report people missing and to report them no longer missing in an effort to keep officials informed.

The names of the identified victims are: