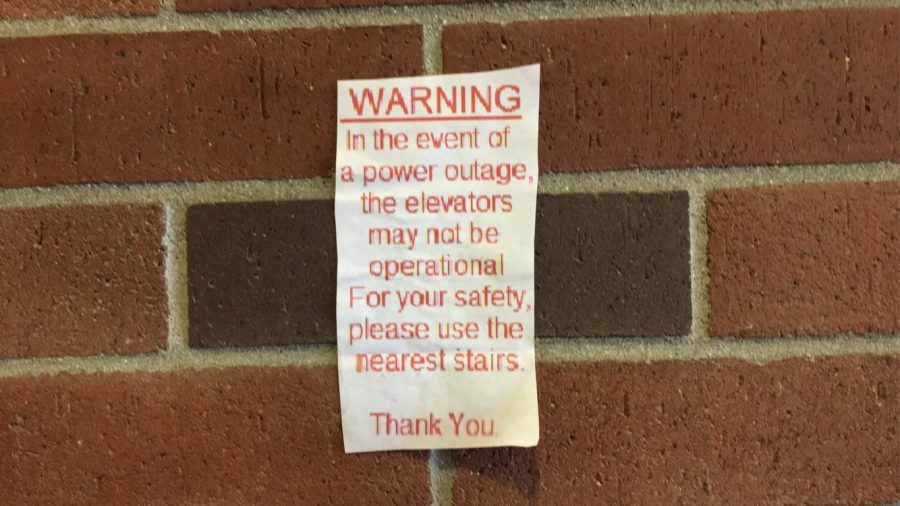 Taking preemptive steps to reduce the possibility of wildfires, PG&E warned of potential power shutoffs after the National Weather Service issued a red flag warning Tuesday for the North Bay with predictions of hot temperatures, high wind speeds and low humidity on Wednesday and Thursday.

Temperatures are expected to rise into the high 80s and low 90s midweek.

While Santa Rosa Junior College officials have not announced any campus closures, the memory of power outages two weeks ago has some students upset.

“[The power] went off for four days. It sucks,” said SRJC student Lizette Santiago. “There’s no internet. We can’t come to class. We had a speech the day the power went off. We didn’t get to do it and had to do it the next week.”

Other students were more upset when reflecting on their past power outage experience.

“I didn’t have hot water. I couldn’t charge my phone. It was hard,” said SRJC student Celeste Leal.

Both Leal and Santiago were impacted by the 2017 fires. Leal was forced to flee her house the night of the fires, and Santiago has friends who lost their homes.

When asked if she thought the power outages were necessary, Santiago said if they would prevent future fires, they are a good thing.

“It’s better to have your power off for a couple of days than having your house burn down,” Leal said.

SRJC student Jessenia Lopez was not as worried about her schoolwork as Santiago; instead, Lopez was concerned about the impact the potential outage would have on her day-to-day routine.

“My house is affected. I have to go to my sister’s house, which is across town, to get energy and take a warm shower,” Lopez said. “They [PG&E] should have fixed their power lines. Just fix them. There’s no need to affect other people.”

A few students claimed they were not affected by the power outage and would not be affected if it happened again.

“I wouldn’t really mind it. I don’t live in the area where it got affected,” SRJC student Eliana Palomares said.

Even though not directly affected, SRJC student Karla Elizabeth knows a lot of people who would not have power and expressed concern.

“I know it’s really hard on the community,” Elizabeth said. “There’s nothing we can do about it. We can’t be like ‘close my PG&E account.’ There is no other company. We have no choice. I think for them [PG&E], it’s about money, as most things are.”