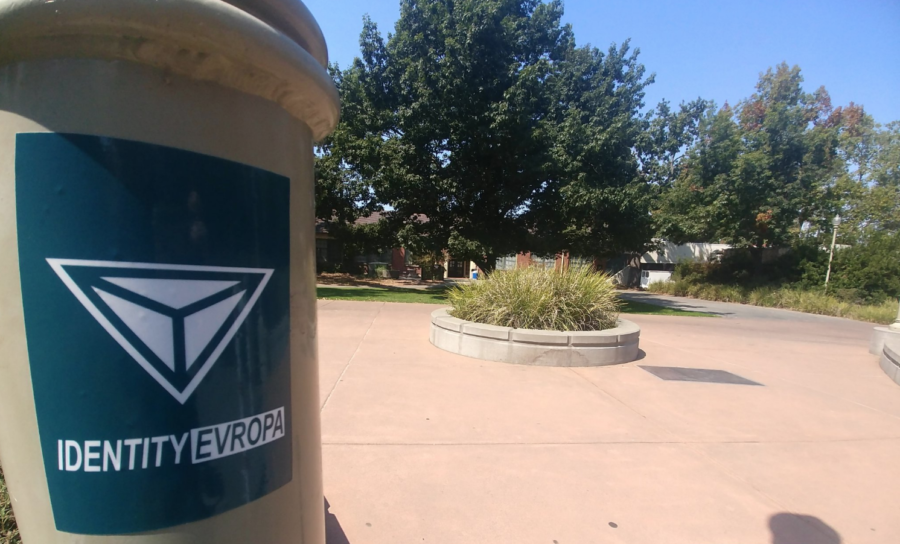 According to Twitter, other places hit by the Identity Evropa propaganda sticker campaign in late August included downtown Healdsburg, additional locations in Santa Rosa and Sonoma County, and campuses and cities throughout the Bay Area, Colorado and across the country.

Identity Evropa, a self-proclaimed non-violent organization, seeks to defend the identity of people of European heritage in America, according to the group’s website.

While posting unauthorized stickers and literature of any type is forbidden on the SRJC campus, technically no laws were violated, as no physical damage was done, SRJC District Police said.

“We’re monitoring this situation,” SRJC Police Chief Robert Brownlee said. “We’re looking at this group, we’re looking at their Twitter feed, we’re paying attention to their activity outside of campus.”

Erin Bricker, director of district and community relations, said, “SRJC is an institution that’s for inclusion. We want students to feel that they belong, and we definitely do not support the methods of this group. While it is a First Amendment right to be able to speak your mind, we do not support the message that they are conveying.”

Rumors circulated around campus in the week prior to the Sept. 4 incident, indicating that students may have found additional Identity Evropa stickers on the SRJC campus in late August. Police and student services said they were unaware of any postings prior to Sept 4.

SRJC is the latest in a string of postings reported throughout Sonoma County, including the Windsor Town Green in late August.

According to an Aug. 27 Facebook post, the Windsor police department is seeking information regarding the recent defacement of town property with racist stickers and literature from the white supremacist organization, Identity Evropa.

Anyone with information on who posted the stickers and flyers is urged to contact the SRJC District Police at (707) 527-1000.