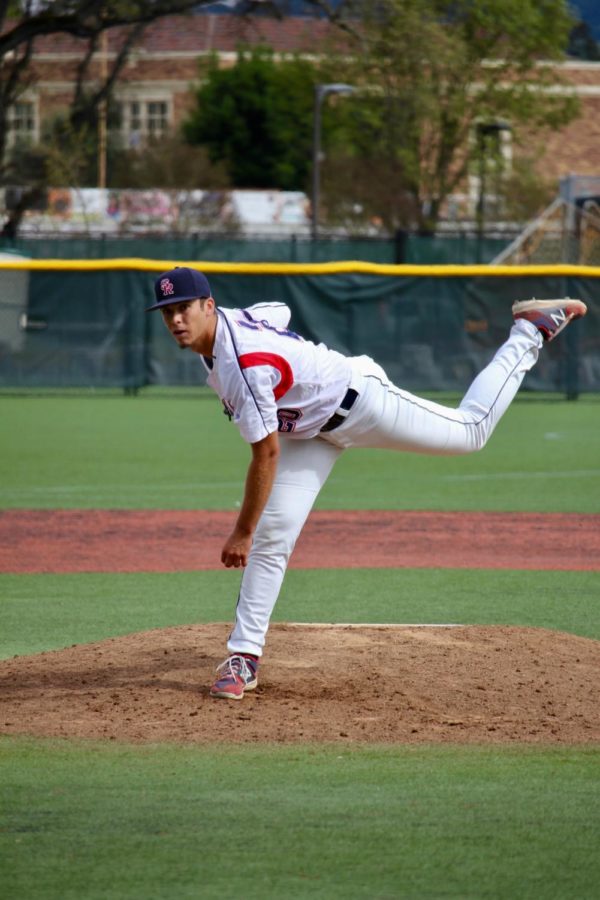 Shamus Lyons makes his sixth start of the season.

Nine hits is hardly a stat to gawk at for these Cubs. For 29 games so far this season, the team averaged 10.17 hits per game. That number is slightly down from the 10.34 hits the club averaged through 29 games of last years 2016-17 season.

In the first inning, catcher Cole Brodnansky had an RBI single in his third-straight game to bring shortstop Hance Smith home for a quick 1-0 lead.

That’s when reserve outfielder and designated hitter Hunter Estabrook connected on the most impressive hit for either team in the game.

Estabrook launched an absolute moonshot of a home run to left field off of FLC pitcher Andrew Vaughn. The ball was hit so high it initially seemed like a pop fly, but the exit velocity off the bat carried it just over the left field wall.

Estabrook’s abuse of the baseball put the Bear Cubs up 3-0 at the end of the first.

“We won because we had some timely hitting, the key was that homer run Hunter hit.”  Francois said.

Shamus Lyons made his ninth appearance on the mound and sixth start of the season. Lyons pitched 6.2 innings to go along with a pair of strikeouts and two walks. He brought is season ERA total down to 1.52.

“I made the pitches that I had to do at the right time and let my defense work,” Lyons said. “I could have worked on my location earlier in the counts.”

Lyons gave up a single earned run from a double in the top of the sixth inning that made the score 3-1.

But two back-to-back extra base hits in the bottom of the sixth inning put the game away for the Bear Cubs.

Second Baseman Colin Prince hit his first triple of the season to bring a runner home. Prince owns a slash line of .222/.390/.378 in 65 plate appearances this season.

In the following at-bat, Smith hit his third double of the season to bring Prince home for a 5-2 game lead. Smith, who has started every game this season, has a slash line of .317/.423/.520.

SRJC takes on Folsom Lake College for the second game of their three game series at 2:30 p.m. April 12 in Folsom, Ca.