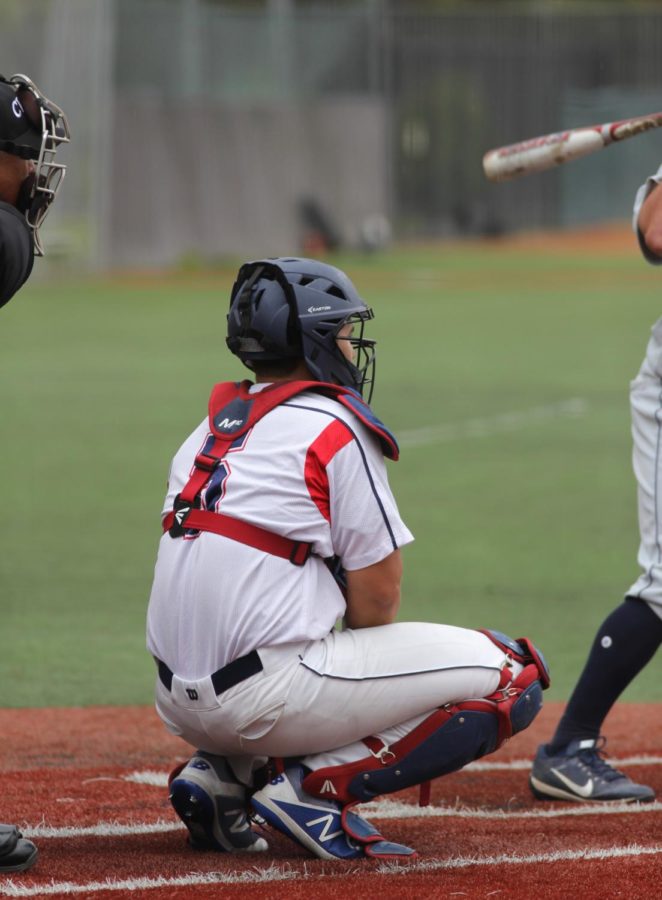 Catcher Cole Brodnansky had the best day of the Santa Rosa Junior College batters on Thursday, going 2-3 at the plate with a homerun and a double, despite the team losing their seventh game. The Bear Cubs split their series against Cosumnes River College in a high-scoring affair  at Cook Sypher Field.

CRC scored a single run in the first inning, but SRJC responded with a run of their own in the bottom half of the frame.

Brodnansky drove in the first run of the day with a double to deep center field. After the first inning, the two teams were tied 1-1.

Brodnansky broke the tie and gave the team a lead 2-1 when he mashed the first pitch of the fourth inning for a lead-off homerun. “I was just looking to get a pitch that I could put my best move on.”  Brodnansky said. “I just wanted to get on base and get the next guy to the plate.”

Left fielder Ben Sanderson registered his only hit of the day with a single in the fourth inning. Sanderson went 1-2 with a strikeout and RBI from a sacrifice fly.

CRC pitcher Josh Caldwell hit two Bear Cub batters in a row after Sandersons single to load up the bases. He hit a third player that walked in a run to bring the Cubs lead to 3-1. Shortstop Hance Smith hit a sacrifice fly to bring home one more run before the fourth inning ended.

Pitcher Ryan Calderon started his tenth game on the mound for the Cubs. His pitching was streaky throughout the game. From the second to the fourth innings, Calderon had three strikeouts and allowed zero hits. He also allowed four earned runs and hit two batters with pitches in the first and fifth innings.

“I know that I personally gotta do better giving our team a chance to win. Gotta have the killer instincts and we just didn’t have that today,” Calderon said.

He was replaced by Trenton Darley in the middle of the fifth inning with two runners on third and first base. Darley gave up two hits and CRC took the lead 6-4 with a five-run inning in the fifth.

The Cubs battled back to tie the game and scored two more runs in the fifth to bring the game back to a 6-6 tie. The wheels fell off for SRJC in the eighth inning.

Pitcher Devin Kirby came in relief of Darley in the top of the eighth inning with the bases loaded. The first pitch Kirby threw resulted in a two-run single to center field.

CRC would go on to hit two more doubles in that inning and score a total of five runs before the Bear Cubs could stop the bleeding. CRC had their biggest lead of the game 11-6.

SRJC responded  with three runs of their own in the bottom of the eighth. First baseman Joe Canepa and right fielder Blake Berry combined for the three RBIs in the inning.

“We still have a long way to go, but consistently throughout the  year we have been able to score late in the game and in pressure situations.” Said Hance Smith.

SRJC’s rally was squashed  on a controversial call from the head umpire. Lead-off batter Smith worked a full count with two outs and two SRJC players in scoring position in the bottom of the ninth inning. A pitch that appeared to be down and outside of the strike zone was called strike three by the umpire,  ultimately ending the game.

“Overall, it’s the umpires decision whether I agree with it or not. I guess it is what it is,” Smith said.