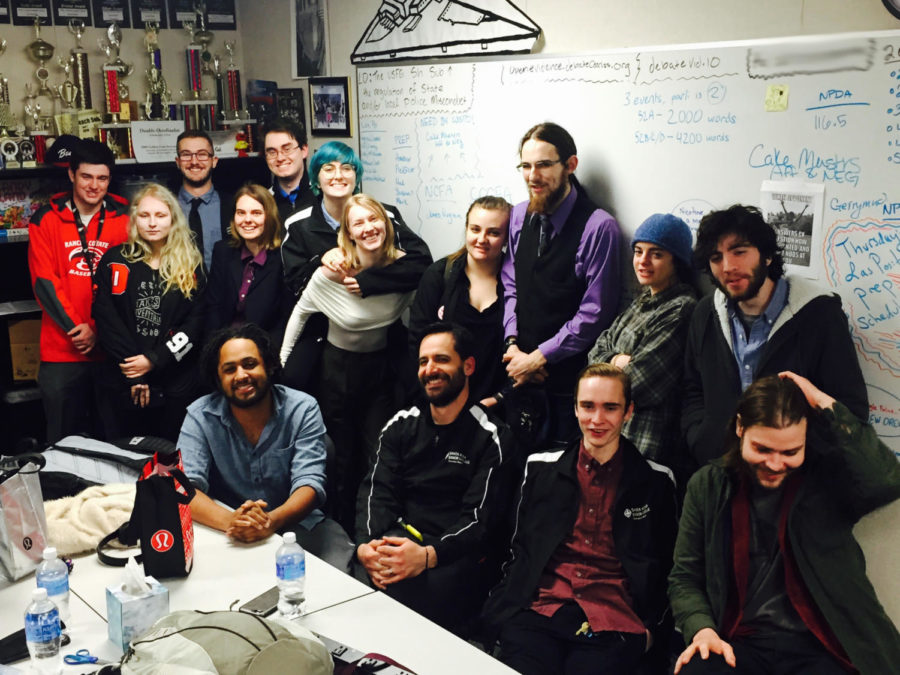 The SRJC Forensics Team poses for a photo. Courtesy of Hal Sanford

The Santa Rosa Junior College Forensics Team won the National Collegiate Debate Championship on March 27, becoming the first two-year institution to do so.

According to the SRJC Public Relations Department, 25 students competed in 9 tournaments and overcame a late push from UC Berkeley to claim the championship.

Hal Sanford, director of the Forensics department, said it was “truly magical” to win the national title during the college’s centennial year.

This is Sanford’s 11th year coaching the team. He said the team faced both financial and emotional obstacles this season.

Last October the Forensics team was supposed to travel to Reno for a tournament, but they had to forfeit due to the wildfires, resulting in the team’s first loss.

“Strangely enough, when the fires hit, we had just completed the Santa Rosa tournament. The loss had deprived them of some momentum,” said Sanford.

After losing two weeks to the wildfires, Sanford was put on medical leave for five weeks due to a detached cornea.

“In my absence the team really pulled together. We brought eight teams to competition and all eight broke into elimination rounds. They had back-to-back tournaments that yielded amazing results,” said Sanford.

In addition to their win, the forensics team also received fifth place for the best two-person team in the nation. Out of nearly 250 teams James Gooler-Rogers, 23 and Virginia Kerr, 26, placed in the top five teams in the nation.

“James and I both worked hard as an individual team. Lot’s of time spent improving ourselves instead of homework, but much of our enthusiasm came from being on a team that supports and encourages each other,” Kerr said.

While they placed fifth amongst all schools, Gooler-Rogers and Kerr placed first out of all junior college two-person teams.

The final event for the Forensics team will be Speech Night at 7 p.m. on May 8 in Newman auditorium. Novice debaters can register to participate in the tournament and meet the team.

SRJC took to Instagram to commemorate the team on a job well done.