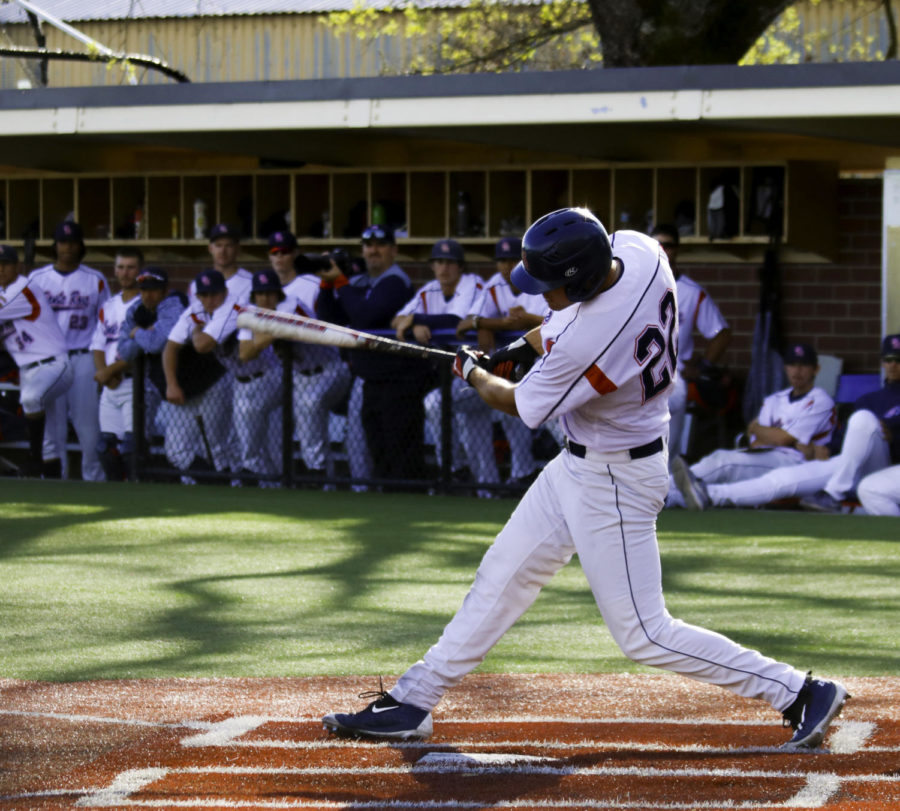 The Santa Rosa Junior College men’s baseball team earned the chance to play for a state championship with a 5-3 home win against Modesto Junior College on March 8 at Cook Sypher Field.

This was the second game in a three-game series. The Bear Cubs took the first game in the series by the same score of 5-3 after 12 innings. But these Cubs are not satisfied. “Taking the first two is great but the third one is really the ticket to Fresno,” said starting pitcher Ryan Calderon. “Playoff teams win series, championship teams sweep series.”

Calderon came out of the dugout with his arm on fire. He pitched a perfect four innings to start. His dominance over Modesto batters in the early portion of the game let Bear Cub sluggers jump out to an early 3-0 lead.

In the third inning first baseman Joe Canepa hit a line drive up the middle of Modesto’s defense, bringing Blake Berry home and making the score 3-0. Canepa lead the team in hits for the day with two singles.

The Cubs finished the game with a season low five hits from the offense, but it was all they would need. The Bear Cubs scored three of their five runs off of wild pitches and bases loaded walks.

“That’s what I love about this program. Never any complacency,” said assistant coach Tom Francois.

Calderon threw 101 pitches in the eight full innings. He added nine strikeouts to his team leading total of 31. Calderon’s ERA of 3.13 also leads all starting pitchers in the Bear Cubs’ rotation.

“We got guys that we can depend on like Calderon, who is stepping it up. If we continue to do that we will be hard to beat,”  Francois said.

Winning a series against a conference team is a big step forward for the Bear Cubs to reach the State Championship game for the third straight year. The Big 8 is no slouch however, each team within the conference is averaging 12 wins, producing three state title championship teams in eight years.

“Every game that we will play in conference including these ones now are going to be tough and competitive,” said catcher Cole Brodnansky.

The Bear Cubs would go on to sweep the three-game series against Modesto College with an impressive 10-6 win on March 9 at Modesto. The team posted 15 hits in the contest, including two home runs, one from first baseman Joe Canepa and the other from second baseman Colin Prince.