Board of Trustees gives local support against LGBTQ discrimination 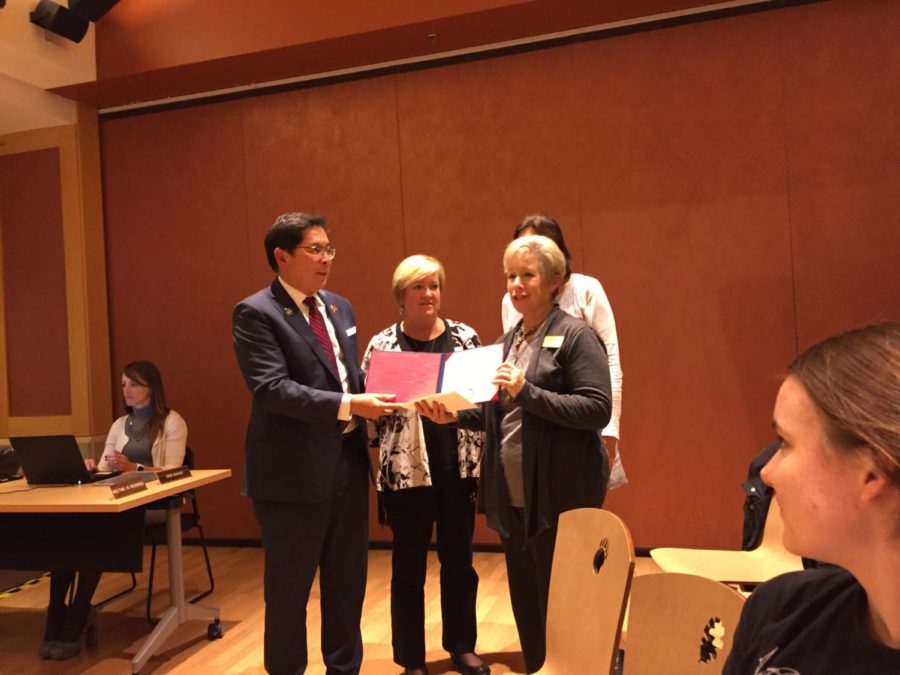 The Board of Trustees voted during the Nov. 14 meeting at Santa Rosa Junior College to support a state bill that avoids requiring state officials to travel to states that enact discriminatory laws agaisnt LGBTQ communities.

Resolution #23-17 also prohibits state agencies from approving state-funded or state-sponsored travel to such states. By approving support for the bill, the Santa Rosa Community College governing body sends a message from a local level.

“Supporting a resolution like this will put weight on legislators at the state level to know that they have broad support at all levels of government agencies,” said Jordan Burns, Vice President of the Board of Trustees.

The travel prohibition includes eight states and went into effect on Jan. 1.

Dr. Frank Chong, SRJC president, offered words of thanks to the attendees.

“I want to take this opportunity to thank all the people in the college community who stepped up during this unprecedented catastrophe,” said Dr. Chong. “We all banded together to help. This selfless courage personified the junior college and the community.”

In a heartfelt moment Dr. Chong presented an honorary associates degree to former student Christina Hanson, who died in the fires. Hanson’s stepmother, Jennifer Watson, accepted the degree on her behalf.

“We’re really grateful for this, and we’re grateful for everything you have done to remember her and keep her in your hearts and minds,” Watson said.

“Our school jumped to make a safe space for fire victims,” Rawson said. “I challenge the JC to do the same for undocumented students.”

At the end of the meeting, graduates of the High School Equivalency Program (HEP) delivered speeches about their success.

“I qualified for HEP and it supplied me with books, tutoring and childcare,” second-year student Yadira Gomez said. “I was able to obtain my HEP certificate in five months in 2016. I realized I still have the capacity to achieve my dream career of being an immigration lawyer.”

The HEP program was renewed for another five years.