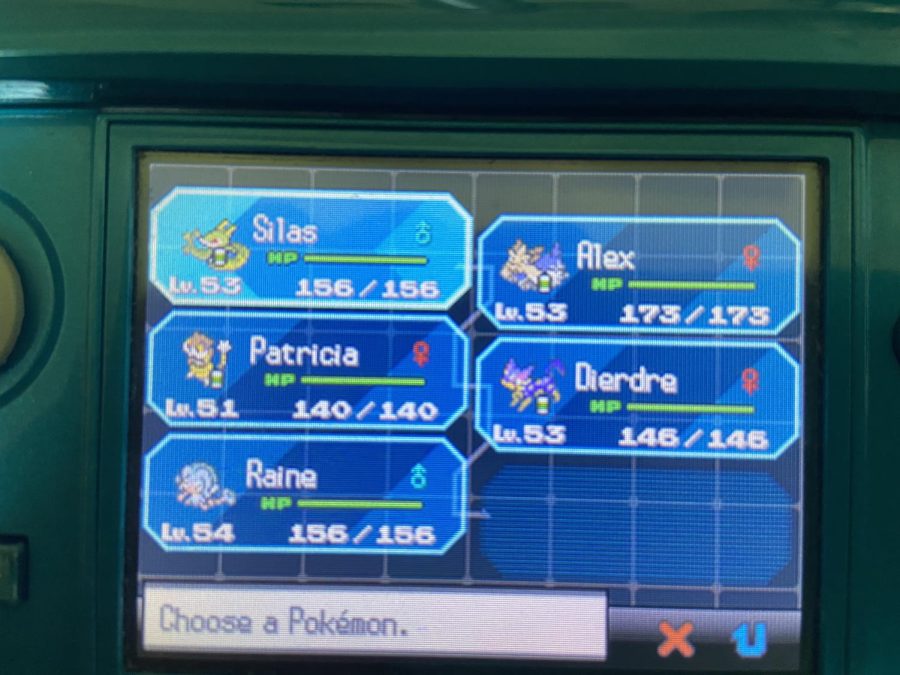 There are many ways to spice up the next playthrough of a Pokémon game, such as only using the Pokémon available before the first gym in "Pokémon Black Version."

So you want to do a new playthrough of a Pokémon game, but you don’t feel like you’ll have fun playing it the way you normally would. Whether you’re looking to challenge yourself or just change up your team, here are several self-imposed rules to make your experience more enjoyable.

No matter which Pokemon game you intend on playing, here are eight ways to enhance your next adventure.

Simple and well known, the rules for “hard mode for Pokémon” are simple: when a Pokémon faints, it cannot be used again. You can only catch the first Pokémon you encounter on a given route, and you have to nickname your Pokémon for emotional attachment. This adds several layers of difficulty and complexity to a playthrough as you need strategy to keep your best team member alive. Since a player cannot choose which Pokémon they encounter, a team can end up much different than expected.

The simplicity of these rules lends itself to several modifications as well as variations such as hardcore nuzlockes, soul links, wonderlockes and more. The rules can even be applied to the rest of the entries on this list.

If you notice that a type is weak to many of the game’s bosses, or if there’s a singular type you tend to ignore, then only being able to use Pokémon of that chosen type is a solid rule to apply to a playthrough. Also well known and straightforward, this kind of run can provide a variety of challenges whether it’s not being able to power through the enemy team or facing a roadblock due to the enemy using Pokémon strong against yours. Monotype runs are a solid way to add challenge to a playthrough.

Do you think 18 types is too many but only one common type is too restrictive? Then you can remove a set number and make any Pokémon who possess the removed types unusable. The open-endedness of this rule allows for a variety of options: remove six types and have your six teammates be required to fill all remaining 12, or remove half of the 18 types and limit yourself to the remaining nine.

If you’re feeling like it, you can use either a random number generator or a wheel of names to remove types at random. This prevents you from singling out your favorites and removing your least favorite types.

It might be common to prevent as much type overlap as possible in a given playthrough, but one way to shake things up is to restrict that method. For example, you can limit yourself to only being able to use either single or dual-type Pokémon and try to solve the puzzle of team building when you can’t have more than one of the same type at once.

Another way to create difficulty is to limit where and when you can catch Pokémon for your team. For example, you can limit yourself so you can only catch one after every gym you conquer, or even limit yourself to only Pokémon that can be found prior to the first gym. Another example includes only being able to catch one Pokémon per island in “Pokémon Sun and Moon” or “Pokémon Ultra Sun and Ultra Moon.”

As the number of total Pokémon continues to increase, so too does the sheer variety of themed runs. Say it’s Christmas, and you want to try to beat a game with a Delibird and multiple Stantler. Perhaps you might want to do a run with only Pokémon based on birds or maybe house pets. The possibilities are as limited as the player’s imagination.

For a solid challenge, try to beat a game with a specific Pokémon or a set of Pokémon connected in some way. This is similar, yet a tad more technical and slightly less open-ended than themed teams. For this type of run, you can use only your starter, a set of starters, only baby Pokémon, Pokémon of a certain color or just a single specific Pokémon. The possible combinations are only limited by what binds multiple Pokémon together mechanically.

If you want less control over what your team can look like, then providing a link between the members can be a fun way to mix things up. These “links” can be anything, whether it’s their typing (i.e. catch a bug and poison type and then a poison and grass type), a letter in their respective names (i.e. pick Mudkip, then catch Poochyena, then catch Absol, then Lunatone), a move that both Pokémon might have in common at their current levels or any other creative link.