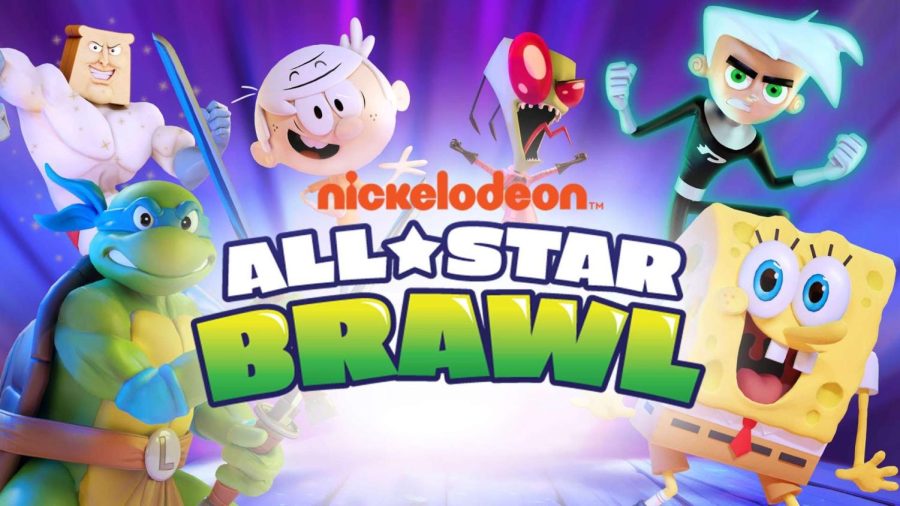 "Nickelodeon All-Star Brawl" is a more than worthy addition to the ever-growing pool of platform fighters inspired by "Super Smash Bros."

Have you ever wanted to see Spongebob duke it out with Aang from “Avatar: The Last Airbender” in a fast-paced brawl set in the Ghost Zone from “Danny Phantom?” “Nickelodeon All-Star Brawl” gives you the chance in a new Smash Bros.-style platform fighter released Oct. 5.

“Nick All-Star Brawl” was developed by Ludiosity and Fair Play Labs and published by GameMill Entertainment. The base game features 20 playable fighters from 12 Nickelodeon series picked from the ‘90s, 2000s and 2010s Nickelodeon eras, including “Catdog,” “Rugrats,” “Avatar: The Last Airbender,” “Spongebob,” “Danny Phantom” and “The Loud House.” Each series is represented by one or more fighting stages where characters brawl. There are some surprising omissions, such as no “Jimmy Neutron” or “Fairly OddParents” representation, but Ludiosity representatives have stated they plan to add downloadable content in the near future, so hopefully we will see more.

The first trailer for the game made it seem like another typical “Smash” clone, but something about it seemed like it had potential to be more than that. The small bits of gameplay had some familiar movements and interesting looking stages. The moves looked like they had thought put into them and real flow.

Months later, gameplay overviews for each playable character came out in the days leading up to launch, and “All-Star Brawl” got the full attention of the “Smash” community. It looked smooth, had flow, and looked like it took itself seriously as a real fighter rather than a low-effort cash grab.

The gameplay should be familiar to players of Nintendo’s “Super Smash Bros.” series in that it is a fighting game where you have to knock your opponents off the screen through combinations of heavy, light and special attacks. However, there are some key differences. The grab functions similar to Donkey Kong’s Cargo attack in “Smash,” and works in the air as well as against projectiles. Wavedashing from “Melee” is also part of the game, and is easier to perform. Matches also seem to be more fast paced than “Melee.”

Each stage in “All Star Brawl” is based on a Nickelodeon cartoon with a handful of stages  modeled after tournament-legal stages from “Smash Bros.” “The Legend of Korra” stage Harmonic Convergence is based on Final Destination, Irken Armada from “Invader Zim” is based on Battlefield, and “Jellyfish Fields” is based on Smashville. Other stages, such as Omashu from “Avatar,” and Space Madness from “Ren and Stimpy,” are more elaborate in design and feature hazards. Omashu has objects that come rolling through and damage unfortunate fighters caught in its path, and Space Madness is a stage of moving platforms that descend to the bottom of the screen when you stand on them. You have to keep moving or risk falling too far to recover.

According to my Steam account, I’ve invested 23 hours into the game. Each character’s moveset is fleshed out and thought out. Combos are incredibly satisfying to pull off, and the speed at which you can just wallop people evokes pure Melee energy. The game just feels so good to play but like all good things, there are downsides. While “Nick All-Star Brawl” shines brightest in its fast paced, high-octane gameplay, it isn’t perfect. Some critical shortcomings prevent it from being as accessible to a wider audience like “Smash Bros” was, in the sense that casual, non-competitive players might not get much out of it.

Made on a tight budget, the game has some glaringly cut corners. There is no voice acting, so don’t expect to hear Zim’s maniacal laughter as he ruthlessly beats Nigel Thornberry’s face in. While the lack of voiceovers makes the game feel rather soulless, you stop noticing the absence of dialogue after a while, so it isn’t as big of a drawback as some make it out to be.

Casual single-player content is scarce for those less competitively inclined, outside of a story-free Arcade mode and Sports mode, based on the Slap Ball mode from Ludiocity’s previous game, “Slap City,” also a Smash-esque platform fighter.

Sports mode isn’t really that interesting. There are two star-shaped goals on either side of the stage platform, and fighters have to grab the ball and throw it into the correct goal. Arcade mode features a ladder of characters the player has to fight, and each round starts off with the fighters speaking some text dialogue. Spongebob will say something like “I’m ready” while Danny Phantom will say, “I’m going ghost!” and then the match begins.

Playing Arcade Mode will unlock music tracks and icons to use in online mode. Without any additional fighters outside of the 20 available from the start, music and icons don’t feel like a good enough incentive to play anything other than online.

Another aspect that neglects the casual crowd is the lack of weapons to use in fights. “Smash Bros.” offers laser guns, bombs and baseball bats you can enable in fights to add a level of chaos to the mix. Dataminers have found what seems like items in the files, but they don’t show up in the game. Same with alternate costumes; they exist in the game files, but not in the final game, so matches where multiple players choose the same character can get confusing. I hope this changes in the future.

Despite the flaws in the game, “Nickelodeon All-Star Brawl” is a more than worthy addition to the growing pool of “Smash Bros.”-inspired titles that stands on its own as a fast paced, highly competitive alternative for those looking for a platform fighting game other than “Smash,” or those who do not have a Switch but would like a game comparable in gameplay to “Smash.”