Eight movies you should totally watch on 4/20, man 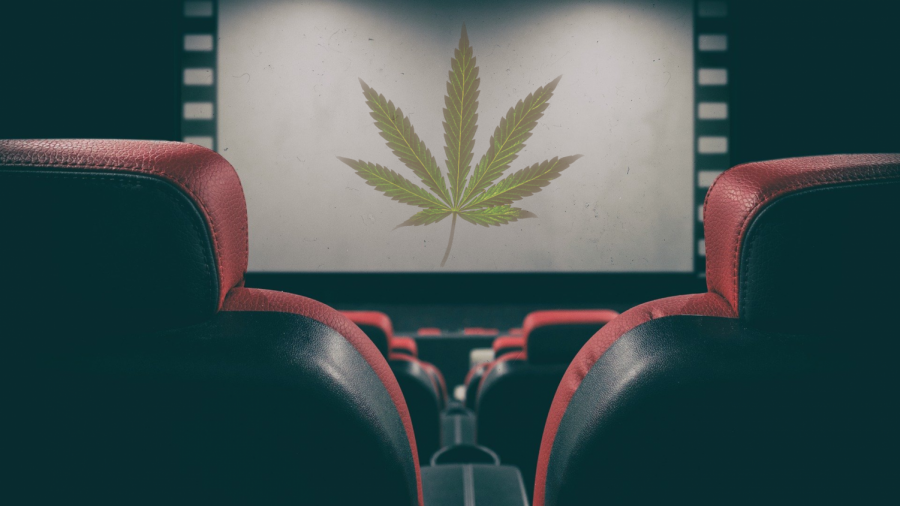 Whether you're an experienced smoker or you've never seen a blunt before, here are eight movies perfect for an April 20 sesh.

You probably don’t need a film major to tell you that cannabis and movies go well together, but some things, like peanut butter and jelly, are a perfect match.

Here are eight films The Oak Leaf recommends for coupling with cannabis usage this April 20.

If you watched “Alice in Wonderland” as a kid and you never quite understood the appeal, watch it again with a joint. Alice’s adventures are a colorful, low-stakes tour de force of animation featuring some of the most charming characters in the Disney oeuvre, as well as an excellent soundtrack. Besides, there’s a 364 out of 365 chance it’s your unbirthday today.

Audiences have been showing up stoned to screenings of Stanley Kubrick’s sci-fi masterpiece “2001: A Space Odyssey” since its release, and it’s easy to see why. The epic runtime, heady concepts and magnificent practical special effects make the film a compelling watch over 50 years after its release — you just have to get past the love-it-or-hate-it opening act featuring the least convincing apes in film history.

David Lynch’s “Eraserhead” is a famously bewildering film, and weed doesn’t make it make any more sense. However, you’ll probably be more willing to forgive the stranger and more inscrutable moments of the film, like the infamous “Eraserhead baby” — the anti-Baby Yoda, if you will — and it’s hard-to-watch climax. The visual effects, design, cinematography and soundtrack are all stellar. If you want to watch something weird for 4/20, it’s hard to get weirder than “Eraserhead.”

Everyone’s first edibles experience should be watching this movie with a bag of chips and a soda. “Fantasia 2000” may not be as iconic as the original “Fantasia,” but does the original have a 3D sequence of humpback whales soaring through the air using their fins as wings? The answer is no. Steve Martin presents  — and is at his, uh, Steve Martin-est — but the real showstopper is the animation and the score. Beethoven’s Fifth Symphony has never looked this good.

What good is a 4/20 movie list without a classic, underrated stoner comedy? One of the few movies on this list to feature cannabis consumption on-screen, Jack Black and Kyle Gass make the perfect slacker duo, and “The Pick of Destiny” sees their comedy band Tenacious D at its songwriting peak. The cameos are hilarious, the adventure is thrilling and nearly every song rips harder than the last, culminating in a rock-off between Tenacious D and Dave Grohl, who plays the devil as well as drumming on the rest of the film’s soundtrack.

If you can’t get into “2001: A Space Odyssey” because it’s too old or too boring, check out Christopher Nolan’s “Interstellar.” It may not have the same high-art acumen of “2001,” but the superstar cast ensures that Nolan’s occasionally spotty writing never bogs down the film. Let the Hans Zimmer organ score wash over you, and give yourself over to the tremendous spectacle of one of the most ambitious blockbusters in film history. No need to wait for the edible to kick in, you’ll still be high at the end of its nearly three-hour runtime.

“Never Goin’ Back” is a stoner comedy for a new generation and a gross-out film with a feminist edge. Maia Mitchell and Camilla Morrone are a captivating leading duo, the soundtrack is fantastically put together and the film will have you laughing out loud at its ridiculous plot and characters. And you probably won’t get as baked today as the protagonists do when they accidentally eat a bunch of edibles before work.

“Guava Island” is on this list for one reason: it’s only 55 minutes. Well, there are a few more reasons too. Donald Glover gives a dynamic and charismatic performance, and the same can be said of Rihanna. The film’s 4:3 aspect ratio and grainy cinematography give it a cozy, vintage feeling. The musical performances and general laid-back vibe pair perfectly with a chill strain like OG Kush.