The Canon Elan IIe: Everything you’d ever need in a 35mm SLR 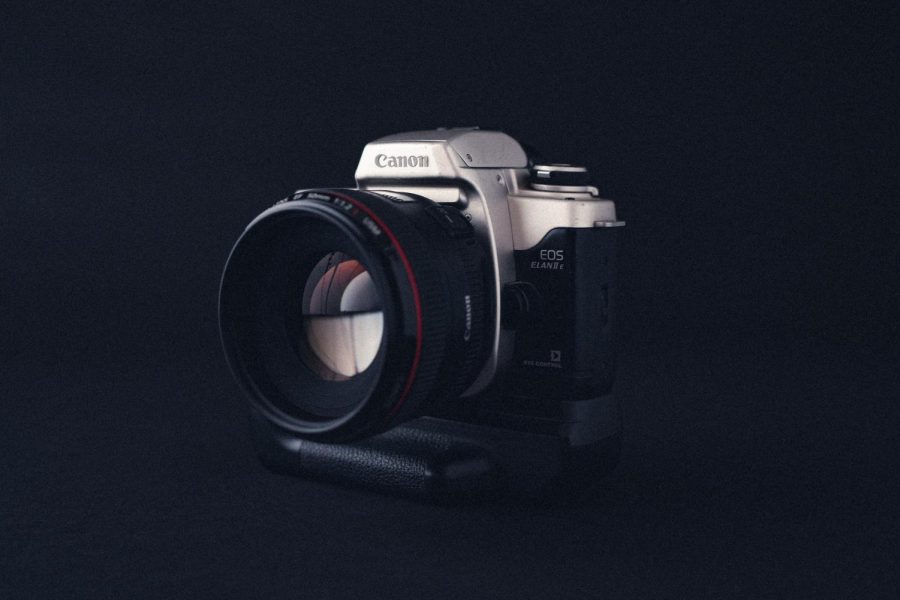 The ergonomics of the Canon Elan Ile are superb.

Let me start off by making it clear that the Elan IIe is one of my favorite cameras. It’s fast, it’s reliable, and it’s got an excellent range of lenses. I picked mine up from a thrift store for $20 two years ago and have been making use of it ever since. I had a borrowed Canon 50mm f1.8, one of the plastic ones, and I stuck it on there and it was good to go.

Although I’m now a professional film photographer, this camera was my training wheels when I first started shooting film. It’s from that weird in-between era in the late 90s-early 2000s when computer technology was making its way into consumer-grade electronics, but before digital tech really took over. I like to call these film-digital hybrid cameras, because they still use the film as the medium but have the digital technology just beginning to be baked into them.

The Elan, aka the EOS 50, is a feature-packed autofocus SLR 35mm film camera with automated film advance and rewind, full manual modes as well as aperture and shutter priority, and a range of amateur shooting modes. It allows for double exposures, has three selectable autofocus points, manual ISO, three different autofocus modes, and a built in flash. It shoots just like any modern Canon DSLR, and feels the same in the hand, albeit much lighter. You can put any EF-mount full-frame lens on it. I’ve used mine with the 50mm f1.8, the 50mm f1.2 L, the 17-40mm f4, and the 100mm f2.8 macro.

The ergonomics of the camera are great. The grip extends at a sharper angle than the 5D series and the camera is lighter meaning it’s a breeze to carry around. It’s got the hallmark black and champagne color scheme of other 90s and 00s favorites like the Contax T2, the Olympus Stylus, and the Leica Minilux. The BP-50 battery grip which can be bought second-hand for $10 makes shooting in portrait a breeze. The camera body is made out of mostly plastic. Even the grip is textured plastic instead of rubber, which was an excellent choice because other camera bodies with rubber skin deteriorate and become disgusting. Looking at you, Nikon.

Canon made all the right choices here. While the camera was $800 when it first came out, now it can be found on eBay for $40, or less if you know how to troll your local thrifts. The plastic is excellent because, while not as durable as its metal brethren, it is significantly lighter. It’s got metal where it counts: the lens mount, meaning you don’t have to worry about a cracked lens mount bricking your camera. While I wouldn’t gamble with it, I’ve found the camera to be perfectly durable enough to handle regular bumps and dings no problem. However, it’s still plastic, so don’t drop it on cement.

The autofocus system is passive, meaning it utilizes contrast to find focus. However, the Elan is unique in that it also has an active autofocus system, meaning it fires an infrared beam to measure the distance to the subject. If the camera struggles to find the proper focus, the active autofocus will kick in automatically. This makes the Elan the most accurate and fast autofocus film camera I’ve ever used. It’s faster than my Nikon F6! There’s no reason a $40 camera should outperform at $900 one, but it does. This makes the Elan my favorite for low-light street photography, journalism, and action.

As well, the camera has a very fast maximum shutter speed at 1/4000 of a second, meaning you can use fast lenses wide open in daylight. It’s a very versatile camera. The button layout is intuitive and while it lacks a proper menu system, it does have a top LCD that’s very useful. Shutter speeds are controlled by a dial on the grip just like Canon DSLRs, and the aperture is controlled by a circular dial on the back, which can be locked.

The metering is excellent. I usually overexpose my film by one stop, and you can easily do so by manually setting the ISO or using the exposure compensation function. If I’m not using an external meter for portraits, I usually set the camera in aperture priority at 2.8-5.6 and just point and shoot. The Elan IIe nails it every time. These 90s-2000s cameras are generally overlooked because they don’t have the romantic allure that the old manual SLRs have, but if you’re looking for reliability, they’re really your best choice. Plus combining old film with modern glass produces really professional results.

However, the camera is not without compromises. The viewfinder is terrible and prone to flare. There’s an LCD that shows your aperture and shutter speed, as well as a meter, which is nice, but the green LCD is simply not bright enough, making it difficult to see in low light. In addition, the three AF points are difficult to discern. In situations that are too bright or too dark, it can be a challenge to figure out where you’re aiming, and you can only tell when the AF point flashes red for a brief moment to confirm focus. Shooting into the light, even at an angle, produces flare that makes it impossible to tell what’s going on. A lens hood cuts down on this issue, but it would have been nice if Canon found a way to cut down that viewfinder flare.

As much as I love the autofocus, it did struggle with the 50mm f1.2 L. Naturally it’s harder to achieve perfect focus with wider apertures, but the camera was really having a hard time during a portrait session I brought it on. I’d suggest avoiding the heavier glass, or just be prepared to compromise on sharpness. It was never off by a drastic margin, just enough to be annoying to me when I’m looking at the pictures at 400% in Lightroom (which is something I’m certain 100% of my clients do and will leave me bad reviews if I deliver anything less than tack sharp).

The Elan was designed to be a prosumer SLR camera. Canon designed the camera with ergonomics, function, and performance in mind, all the while adding beginner-friendly features like picture modes and a built-in TTL flash. The camera was meant for the middle range of amateurs to the low range of professionals. It uses technology that evolved into the modern DSLR. It even included an improvement over the eye-autofocus feature, which will track your eye movement and select the autofocus point you’re looking at in the viewfinder.

The Elan goes above and beyond its intended purpose. It’s fast, accurate, fully-featured, and feels at home in the hands of students and professionals alike. If I had to choose only one camera to shoot on for any given job, I’d choose the Elan for its reliability, flexibility, weight, ergonomics, and lens lineup.

The camera is excellent for street, journalism, and travel.

In conclusion, the Elan IIe is one of the best all-around 35mm SLRs for the money. While not particularly optimized for anything specific, complaints are minor and the camera is so well designed it ends up filling whatever role it finds itself in. Total: 8.5/10.