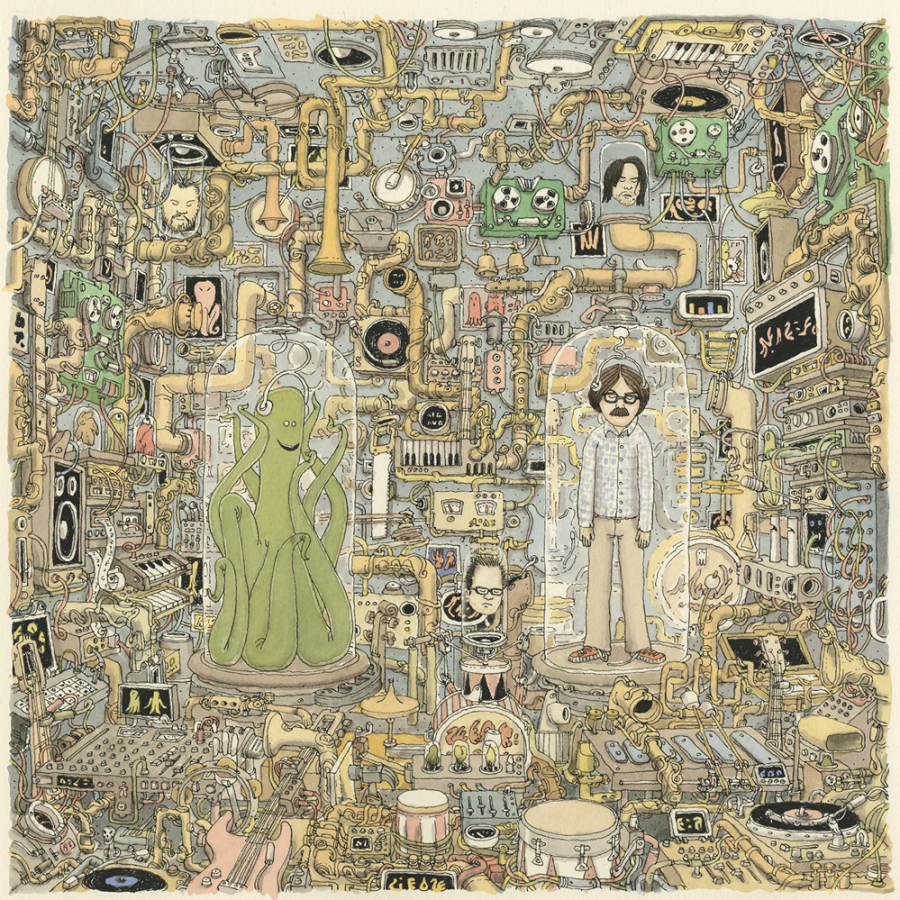 "OK Human" sees Weezer capture the same lovable personality that they debuted with, now wrapped in a lavishly arranged package.

Weezer, the ultimate “its old stuff was better” band, may have just proven the nerdy alt-rock perfection of its 1994 debut wasn’t a fluke, while also renovating its instrumental palette.

Rivers Cuomo and the gang struck gold on its self-titled debut and have shown fewer glimpses of greatness in the following years. But for fans and critics alike, especially in the last decade, they seem to always disappoint with full-length albums.

While the crunchy guitars and impassioned ‘90s rock sound were incredibly fresh at the time, the greatest aspect of Weezer’s best music has always been the unapologetically positive songwriting, as if a humble 14-year-old just wrote its magnum opus and we are all here to witness it.

Although its 2020 album “Van Weezer” was pushed until May 2021, they still saw fit to release “OK Human” before its previously completed album releases. It’s easy to see why they were eager to drop this.

“OK Human” is quite possibly the band returning to the perfect dorky pop songwriting of its early records. However, all of Rivers’ catchy songs are packaged in Beatles-esque string arrangements and baroque instrumentation this time around. This allows for the songwriting to really pop in a unique but still undeniably Weezer way.

The lead single and opening track “All My Favorite Songs” is an ode to sadness, with a wonderful sing-along chorus. “Aloo Gobi” is another fantastically arranged and infectious pop track, with rhythmic strings and a familiarly perfect chorus detailing the mundane process of going to the same restaurants and street corners that Rivers misses so much.

Weezer has always been great at writing songs with focused topics, and they showcase this throughout this entire record. “Grapes Of Wrath” is a simple ode to audio books, and its ability to transport you to other worlds. It’s a hilariously adorable topic for Weezer to sing so passionately about.

“Playing My Piano” is about exactly what you’d expect, but Cuomo’s lyrics detailing the safety and isolation he feels when he is sitting at his piano read like a genuine love letter to the instrument. This also serves as his best vocal performance in years.

References to books, quiet times and Zoom interviews make this an almost uncomfortably timely release, but it instrumentally conveys a cinematic beauty about the little things in quarantine.

Tender, pained love songs “Dead Roses” and “Mirror Image” show Rivers’ lyrical prowess as well as the lush orchestra once again. Weezer date themselves a bit though on its “fear of technology” anthem, “Screens,” although it could be interpreted as general concern for Cuomo’s children. It comes with a kick-ass chorus too.

The record finishes off with the jubilant “Here Comes The Rain,” which feels like the exact relentless positivity we need right now, as well as the breezy and gentle “La Brea Tar Pits” filled with sensual strings and beautiful sentiment.

Those who deeply love Weezer will find an air-tight and lovely expression of what makes the band so special on “OK Human,” a brilliant project packed with the band’s best material in a long time. It may just be its most human album in a decade too.