A decade later, “Danger Days: The True Lives of the Fabulous Killjoys” can finally be appreciated as the masterpiece it is 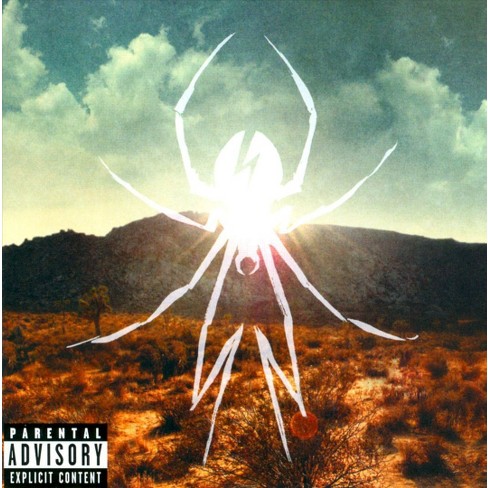 A decade after its release, My Chemical Romance's "Danger Days" remains an ingenious blend of glam rock and pop punk.

When My Chemical Romance’s fourth studio album “Danger Days: The True Lives of the Fabulous Killjoys” first hit stores, fans were divided over the futuristic album, which combined the sounds of ‘60s proto-punk, glam rock and pop punk. Celebrating its 10-year anniversary, the record’s renown is now undeniable.

The concept album was a stark departure from the angst-ridden, melodramatic sound the band coined on previous albums, with hits like “Welcome to the Black Parade,” “Teenagers” and “I’m Not Okay (I Promise).”

Set in a post-apocalyptic California in 2019, the album follows the Killjoys, a group of colorful rebels tasked with taking down the sinister Better Living Industries. The band traded its formerly all-black, theatrical wardrobes for flashy masks and bold leather jackets.

At the time, fans believed “Danger Days” would be the last production from the four-piece, which broke up in March of 2013. Thus, when My Chemical Romance announced a one-off reunion show in October 2019, it sent fans into a spiral.

The band has since extended those plans to include a small tour. Whether this surprise reunion will yield new My Chemical Romance tracks has yet to be determined, but fans haven’t hesitated to speculate.

“Bulletproof Heart” delivers a catchy drumbeat that is easy to bob your head to, but some of the finest artistry on the album lies in the emotion-packed fourth track, “SING.” The song blends steady percussion with a building bassline as frontman Gerard Way challenges us to, “Sing it from the heart, sing it till you’re nuts, sing it out for the ones that’ll hate your guts.”

The album quickly gets an adrenaline boost from “Planetary (GO!),” a track that leans more into the realm of pop than punk. The futuristic intro and upbeat chorus immortalize the track as a danceable party-anthem that inspires, as the outro chants, “Get up and go.”

“The Only Hope for Me Is You,” in its passion-filled magnificence, is a clear MCR take on a love song, though admittedly it does not stand out as much as some of the other high-energy tracks like “Party Poison,” which comes after a traffic update from Dr. Death Defying.

“Party Poison” captures the boisterous flare that iconicized MCR as pop-punk greats with a “Danger Days” revival, an update the band nearly abandons on the following track. “Save Yourself, I’ll Hold Them Back” is propped gently against the dystopian backdrop of the Killjoys’ lives, but it could fit into a previous record like “The Black Parade.”

But “S/C/A/R/E/C/R/O/W” and “Summertime” hurdle back into the unfamiliar, delivering two of the most dialed back songs in the band’s discography. Regardless, Way’s vocals ease the listener into the new style in so gentle a transition, the change of pace can be described as nothing short of reinvigorating.

My Chemical Romance uses the second to last song to declare themselves, “The Kids of Yesterday,” which is to say, adults. On this track, the band explores the idea of changing over time, and Way said of the song in an interview with Billboard, “I think it’s the most special song for all of us because we were able to come to the conclusion that, yes, we have grown up, but we’ve done it our way.”

“Goodnite, Dr. Death,” is a final radio announcement originally supposed to close the album in a cacophony of blaring, but “Vampire Money” became what Way refers to as the album’s end credit. It’s loud, it’s proud and it achieves the intended goal of going out with a bang.

“Danger Days” disregards precedent in a way that only a group as established and successful as My Chemical Romance could risk. Tens years later, with much of that audience now adults, the record can be appreciated as the concept album it was intended to be.