System of a Down is back with two chilling new tracks 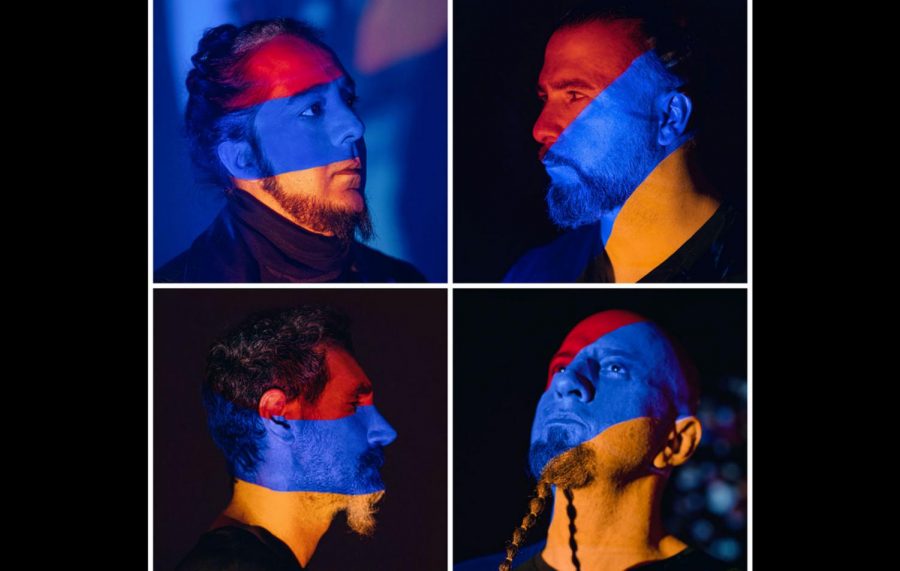 Armenian-American metal group System of a Down shocked listeners after a dramatic breakup and a 15-year hiatus by dropping two new tracks full of outrage and astounding guitar riffs, treating fans to a dose of nostalgia and purpose, as proceeds benefit victims of the war ravaging the band’s Armenian cultural home.

Their newest releases, “Genocidal Humanoidz” and “Protect the Land,” reflect the Azerbaijan invasion of Armenia, the fallout from a decades-long disagreement over lands both peoples called their own. The political message isn’t concealed one bit, as the tracks were written to bring awareness and raise funds for Armenia and The Republic of Artsakh.

The sporadic, spontaneous feel of “Genocidal Humanoidz” sounds like it belongs on their fourth studio album, “Mezmerize,” which is known for its political messages. The new track describes what is going on in Armenia and Artsakh. Listeners may feel chills down their spines at lines like “Teaching warfare to their children.”

The other release, “Protect The Land,” feels more predictable than their experimental music, which is just what you would expect. It’s similar to the more equalized, standard-metal sound on their second studio album, “Toxicity.”

Band members Serj Tankian, Daron Malakian, Shavo Odadjian and John Dolmayan urge fans to educate themselves on the awful things going on in Armenia and Artsakh, according to a statement the band issued earlier this month, “We hope you are inspired to speak out about the horrific injustices and human rights violations occurring there now.” The musicians are all of Armenian descent and all proceeds from the new releases will go to the Armenia Fund.

The now-Angelenos have always conveyed strong themes in their work, however, with the world in such a scary place, its revealing lyrics like, “Some were forced to foreign lands, some would lay dead on the sand,” that are likely to resonate with listeners today.

Old and new fans alike may experience sonder — the experience of realizing every person has their own separate life and story — when taking in these lyrics, reflecting on what others in the world may be going through. System of a Down’s music is still equal parts emotional and headbang-worthy.

Listeners may wax nostalgic, comforted by the unforgettable voices of Tankian and Malakian. Although these new releases may not be as superior to their older work, it feels like old friends who fell apart and are making the best of it. They came together for a meaningful cause and brought a smile to fans who have been heartbroken since their split.

After the band announced its hiatus in 2006, lead vocalist Tankian went solo and released his debut album “Elect The Dead” in 2007, “Imperfect Harmonies” in 2010 and “Harakiri” in 2012. His solo music is adequate but the magic isn’t as prevalent as when the band members are back together. The band eventually split due to creative differences. Malakian, the second vocalist, started his own band in 2008 called Daron Malakian and Scars on Broadway.

System of a Down in its heyday was well known for its outrageous-political music, which kept metal alive when it was dying in the ‘90s. The musicians added a psychedelic mix to Armenian folk music — a unique sound never heard before — and introduced this style to the heavy metal genre.

System of a Down members have performed together on several occasions since their split, however this new release was surprising. In 2018 Tankian explained why they hadn’t put out new music since 2005, shooting down any hope fans had for a reunion.

“I’ve always felt continuing to do the same thing with the same people over time is artistically redundant even for a dynamic outfit like ours,” Tankian said in a Facebook post. But then he came to the band with recommendations for how they could collaborate together. “I wanted to rectify the wrongs of the past and establish a way we can all be happy moving forward.”

Tankian believes in egalitarianism, that all people are equal and deserve equal rights and opportunities; he felt the group was not meeting this and other needs. The band members didn’t go for it, and unfortunately were unable to compromise at the time. “As we couldn’t see eye to eye on all these points, we decided to put aside the idea of a record altogether for the time being,” Tankian said.

In System of a Down’s earlier work, no two songs sound alike. Each is incredibly distinctive with shocking lyrics, guitar riffs and silly singing voices. Their music has never failed to entertain, and it often holds a political message.

It is clear the group had fun composing music over the years, with lyrics such as, “Banana banana banana terracotta, banana terracotta, terracotta pie” from the song “Vicinity of Obscenity,” “What a splendid pie, pizza pizza pie” from “Chic ‘N’ Stu” and “Gonorrhea gorgonzola, gonorrhea gorgonzola” from “This Cocaine Makes Me Feel Like I’m on This Song.” Their music stands out because of its bizarre, risqué nature.

Their political message and importance of awareness does not alter the excellence of the sound, and fans may find themselves rocking out with their air guitar or imaginary drum set as they would to any System of a Down song.

Longtime fans are likely hopeful this new music is the start of more to come. For now we have these tracks to listen to on repeat; odds are they’ll get stuck in your head.