Gorillaz return with a colorful, eccentric revitalization of pop music 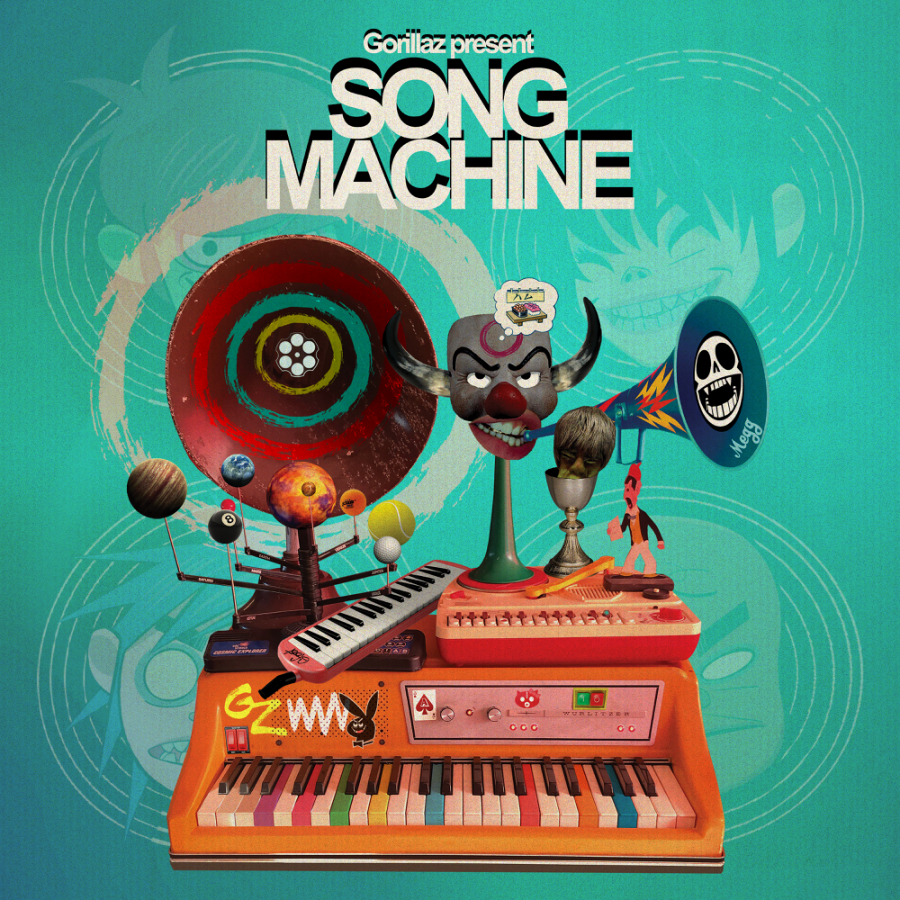 Gorillaz return with a collection of vibrant, riveting pop songs after two critical disappointments in "Humanz" and "The Now Now."

Gorillaz, the long-running virtual band spearheaded by UK songwriter Damon Albarn, has released one of their most colorful collections of tracks to date with “Song Machine, Season One: Strange Timez,” giving them a much-needed cultural and artistic rejuvenation.

Ever since Gorillaz’s eponymous 2001 debut, Albarn has carved out a special place for himself in the indie pop landscape, combining elements of rock, hip hop and pop in a way no other group has managed to. With smash hits like “Feel Good Inc.” and “Clint Eastwood,” the first couple of Gorillaz records made a major stamp on the early 2000s indie pop music industry.

In 2010, Albarn upped the ante with “Plastic Beach,” an environmentally driven concept record filled to the brim with postmodern pop and a myriad of guests coming together on one of last decade’s most idiosyncratic and potent concept records.

Since then, Gorillaz have had ups and downs with their albums “Humanz” and “The Now Now,” which both received a lukewarm reception while still showing what makes them a unique project.

This year started off intriguingly cryptic for Albarn’s brainchild. A slew of new songs attached to the band’s typical cartoonish music video style were released under the name “Song Machine,” eventually announced as the name of their upcoming album.

As these songs were released, it was clear Albarn wasn’t focusing on a concept this time, and wasn’t even focusing on a specific sound. He was focusing on crafting a unique and memorable collaboration that makes its own splash.

The record kicks off with a curiously dark and mysterious intro track that builds up a good amount of tension before transforming into an apocalyptic house anthem with gothic vocals from Robert Smith and a memorable synth lead that will creep its way into your head for hours.

The song “The Valley Of The Pagans” features an eccentric Beck performance and a glitzy, kooky instrumental with a strong Talking Heads groove. The falsetto chants from Albarn and cute little bridge make this a perfect track to sing into your hairbrush, smoldering into the mirror.

“Pac-Man” features Schoolboy Q and reminds the listener exactly what makes Gorillaz so special. The funky hip groove, the plinky synths and the dejected vocals from Albarn are a great earworm and lead perfectly into the closing junkyard verses from Schoolboy. It checks all the boxes for a brilliant Gorillaz track, but it feels new rather than derivative.

Elton John and Atlanta auto-tuner 6LACK appear on “The Pink Phantom,” a glittery stunner of a centerpiece. It’s a steady piano ballad with brilliant complimentary instrumentation from Albarn; a larger-than-life vocal performance from Elton John makes this a necessary listen.

Further on, we hear new wave worship on “Aries” which has the emotional punch of a romantic comedy that you don’t want to admit gave you goosebumps. From the Peter Hook bass line, to the “it feels like I’m falling in again” refrain, this song is simply perfect.

The record ends on a beautifully positive note, with a youthful celebration of UK punk and UK hip hop with “Momentary Bliss.” Putting rapper Slowthai in this context just makes sense. The multiple-phase structure of the song, from chill intro to bubbly verses to raging, punked-out chorus, makes it quite possibly one of Gorillaz’s most special and addictive songs.

It’s odd that Albarn decided to release this record the way he did, especially considering the deluxe version that adds six new songs still worth checking out, but the standard edition’s 11 tracks are some of the most daring, infectious and creative Gorillaz have ever released.

There may not be an overall cinematic concept, but “Song Machine, Season One: Strange Timez” truly cares about one thing: the song, the one thing the average audience cares about. Especially when they are crafted as well as they are here.

“Strange Timez” is one hell of a start for this new Gorillaz series, and one that has breathed new life into the cartoonish, lovable band’s seemingly unstoppable career.