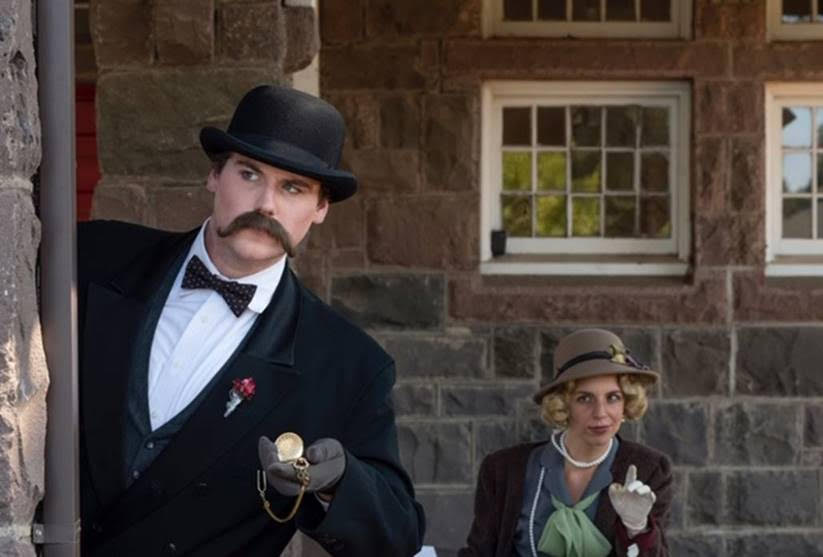 SRJC Theatre Arts is performs Agatha Christie's “Murder On The Orient Express” live on YouTube at 7:30 p.m. Oct. 23 and 24.

SRJC Theatre Arts is performing “Murder On The Orient Express,” a play based on Agatha Christie’s 1936 novel, and streaming live on YouTube at 7:30 p.m. Oct. 23 and 24.

Laura Downing-Lee directs the murder mystery featuring an eccentric cast of international travelers on The Orient Express, a famous train headed from Istanbul to Paris. By morning they find the train stuck in a snowdrift and one of the passengers stabbed to death. Detective Hercule Poirot, a last-minute passenger, must find the killer using all his “little grey cells.”

Downing-Lee had to cut her previous production, “The Wedding Singer,” short when campus closed due to COVID-19 lockdown. She got the idea to perform the production live from 1930s radio broadcasts that were performed live in front of a studio audience and aired to the public, who would experience the show at home.

In the program, Downing-Lee says the play was chosen for its entertainment value. However, over the course of production she realized how the turbulent times of between 1915 and 1945 gave rise to moral dilemmas that mirror the ones of 2020.

“Yet, along with the train’s passengers, Christie and Ludwig take us on a ride that collides with complex questions surrounding justice and morality, leaving us to continue grappling with those questions as we disembark and return to our own lives,” Downing-Lee said.

Christie is the best selling author of all time. She introduced Hercule Poirot, one of her most famous characters, in “The Mysterious Affair at Styles,” who was inspired by a Belgian refugee who escaped German forces during WWI.

Ken Ludwig, a leading American playwright, adapted “Murder on The Orient Express” for theatre. He took a lighthearted approach to Christie’s quirky characterizations and crisp dialogue.

For tickets, call (707) 527-4307 or purchase at the Online Box Office by donation. On the day of the show, ticketholders will receive an email with the online performance access code and instructions on the day of the show. Run-time is 2 hours, 15 minutes with a 10-minute intermission.