“I’m Thinking of Ending Things” is an existential knockout 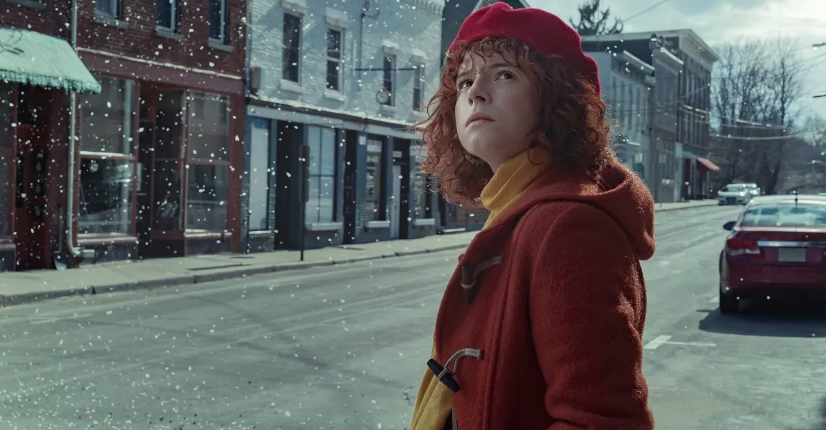 "I'm Thinking of Ending Things," Charlie Kaufman's Netflix-exclusive adaptation of Iain Reid's 2016 debut novel, is an existential drama that both challenges and reveres the rules of storytelling.

With “I’m Thinking of Ending Things,” Charlie Kaufman has crafted one of film’s most confounding documents in the form of a tense, existential drama whose rules are constantly bending.

Kaufman is the writer behind some of the best screenplays of the turn of century, including “Being John Malkovich,” “Adaptation” and “Eternal Sunshine of the Spotless Mind,” but “I’m Thinking of Ending Things” is only his third directorial effort after 2008’s “Synecdoche, New York” and 2015’s “Anomalisa.”

Based on Iain Reid’s 2016 debut novel of the same name, “I’m Thinking of Ending Things” follows the journey of a young woman accompanying her boyfriend on a surreal trip to his parents’ rural home. The Netflix-exclusive film premiered in theaters Aug. 28 and made its way to the streaming platform Sept. 4.

Jessie Buckley, who plays the unnamed young woman, brings a comforting and relatable edge to the film; she’s as confused by the film’s bizarre and dreamlike happenings as the audience is. Her co-star, Jesse Plemons, plays her boyfriend Jake, an often hospitable but occasionally hostile presence in the film and the unexpected catalyst for much of the film’s strangest moments.

The plot of “I’m Thinking of Ending Things” is straightforward, but the execution is anything but. Events are unexpected and unexplainable. Don’t anticipate comprehending the film without watching it multiple times and reading a few explainer articles online. Luckily, “I’m Thinking of Ending Things” is the briskest 135 minutes of the year, so revisiting the film isn’t a chore.

Like Kaufman’s previous two films, “I’m Thinking of Ending Things” is laden with references to film, literature, theater and more; a puzzling, challenging tale that interrogates the meaning of life through unparalleled art direction and stunning acting. However, Kaufman’s latest is separated from his earlier output through a vagueness hitherto unexplored in his work.

While the film is as postmodern as it gets, it’s steeped in classic Hollywood vibes, sporting a 4:3 aspect ratio and an atmospheric orchestral score. The sound and vision of “I’m Thinking of Ending Things” work in perfect tandem with Kaufman’s enigmatic screenwriting and the unhinged performances of Buckley, Plemons, Toni Collette and David Thewlis, the latter two doing some of the best work of their careers as Jake’s parents.

“I’m Thinking of Ending Things” is a duplicitous film. It feels personal yet foreign, hysterical yet terrifying, reserved yet explosive. It breaks some rules of storytelling and filmmaking, yet takes others as gospel. Its internal logic is constantly falling apart, yet each scene is the logical successor to the last.

Kaufman’s obsession with time, existence and death can be felt in every frame, echoing, bouncing around within the film from scene to scene. Thought and memory drift into one. Uncertainty and illusion are stepping stones to acceptance. As the film states in one of many such conversations brimming with references to artwork and academia, “There is no objective reality.”

Like with his directorial debut, “Synecdoche, New York,” Kaufman has created a parable centered on the horror of aging, this time focused on the fact that each of us are a nothing but a pastiche of other people, living out recursive, redundant lives.

While it is indebted to other films, directly referencing both “A Beautiful Mind” and “A Woman Under the Influence” and taking cues from “Eraserhead” and Kaufman’s own “Synecdoche, New York,” “I’m Thinking of Ending Things” is a wholly unique film. No one could make this film better than Charlie Kaufman could, and no year can house its idiosyncrasies like 2020 can.