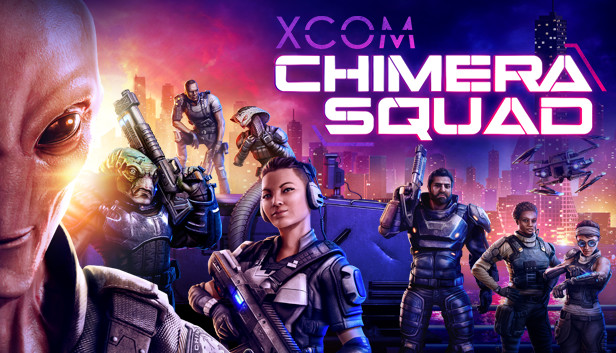 XCOM: Chimera Squad is a pretty decent expansion for the price you pay.

“XCOM: Chimera Squad” is an interesting entry in the XCOM series, to say the least. It’s advertised as a story-focused spin-off to a game series known more for its focus on gameplay than anything else. This game sparked outrage when it was revealed that players would be working with the aliens that nearly wiped out the human race in previous games. I’ve read post after post trying to determine if this idea was a half-cocked political statement, a cash grab or a Saturday-morning cartoon. It was a complete mystery the story and core gameplay with only teasers until hours before the release date. The only thing that some people seem to agree on is that they really like the female snake characters. The game is out now and it is playable. Other than that it’s just a shorter XCOM 2.

“XCOM: Chimera Squad” takes place five years after XCOM 2, when the earth has been retaken from the aliens and the XCOM team is trying to figure out how to rebuild the world and how to coexist with the aliens still left on the planet. Players take control of a peacekeeping force called Chimera Squad that’s been tasked with helping the local police department of City 31, one of few remaining cities standing after the alien leadership collapsed. On Day One in the city, the first elected mayor is assassinated with a plasma bomb by a group of vets who, up until a few months ago, were just a group of disgruntled drunks.

The core gameplay is a turn-based combat strategy game, like XCOM 2, but on a smaller scale. Gone are the customizable squadmates; you no longer have the cleaning power of OxiClean maintaining covering fire as Mario carries off Gordon Freeman after Jesus Christ panicked and shot an explosive barrel, killing himself and Pepsi man. You have named characters with unique abilities instead of character classes from the last game.

Instead of trying to save the world, players try to keep the city from plunging into anarchy by defeating all three of the terrorist groups in the game. Your team’s base is fairly small but it comes with all the basics, such as upgrades for weapons and a medbay for getting new stat bonuses or getting rid of battle scars. The black market also comes around every two to three days with special rare weapons, high-quality weapon mods and other rare items.

Despite having a good amount of new enemies, some of them feel like reskins of the ones from the older games. All the basic foot troops behave the same except for the Sacred Coil troops who seem to know how to use smoke grenades all of a sudden. The more interesting enemies—Hitmen, Bruisers and Necromancers—seem to be faction-neutral and feel like they could be a part of a different game.

One major change is instead of your squad fighting all at once, they each take their turn in sequence. The enemies do the same. Another difference is, instead of one big map, one mission is carried out in two or three maps, each starting with a planning phase called “breach mode.” You plan out your entry into the map by choosing your party, which entryway you want to go through and what breach gear and abilities to use. Before you enter a battle, you are able to choose between 11 new characters to fight for you. You can pick Verge, an offensive puppeteer who can stun and use telekinesis and, if you need extra support, Terminal, the combat medic who can heal once per turn and give her actions away to other squadmates. You then use this breach round to do as much damage as possible before the squad goes into combat.

The mission types have been simplified to equipment retrieval, blowing up the McGuffin, rescuing the VIP and good old kill all or capture all the enemies, all with a terrorist undertone. Civilians dot the arena and killing them brings a penalty, but unless your team attacks animals or car explosives, the enemies don’t try going after them. Even the hostage event seems lackluster as the abductor doesn’t do anything to try and harm the hostage.

Overall, the story seems kind of plain, with the world design being more fascinating than the squad that never changes at all as the story advances. They have interesting backgrounds but are kind of flat and typical and not exciting enough to give you that “Oh no” moment when one of them is downed. Not to mention the fact that it’s an instant game-over if any of them die in the field anyway.

If you are a fan of XCOM 1 or 2, you’re going to need to play this on a higher difficulty level. The standard mode is just too easy. If you’re looking to pick up the game, beware, it still has bugs. There are some old ones, like characters not firing in the right direction and some new ones, like bodies flying off the map and target marks bleeding together. The worst bug I’ve found is there seems to be a high chance that when reinforcements spawn in, the game will completely crash.

Overall, it’s about a 20 or 30 hour game. For a $20 story-based XCOM game it falls short, but it’s still an interesting mini-expansion to XCOM 2.