The Oak Leaf • May 21, 2020 • https://www.theoakleafnews.com/arts-entertainment/2020/05/21/creative-cuarentena-part-ii-netflixs-top-10-spanish-shows-to-binge-in-quarantine/ 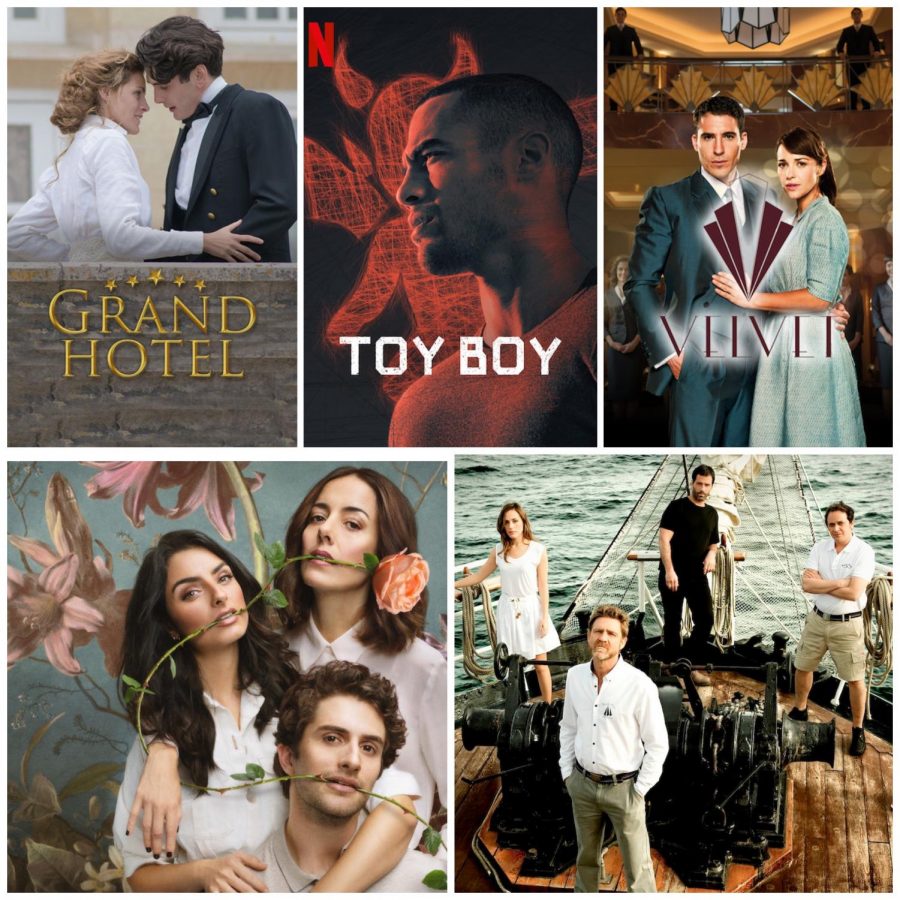 Netflix's Spanish-language programming might be just the ticket to get you through this next stretch of quarantine.

If the last list left you wanting more Spanish shows to binge watch, look no further. Here are the last five of 10 suggestions for Spanish shows streaming on Netflix to satisfy your binge-watching needs.

“Gran Hotel” is recommended if  you want mystery and romance. The show focuses on a hotel at which one of the main characters, Julio, tries to figure out what happened to his missing sister, who was supposedly last seen at this hotel. He poses as a waiter for this luxurious hotel and unveils hidden secrets, all while falling in love with someone he least expects.

This drama focuses on an almost-perfect famous family-owned flower shop in Mexico.  Everything seems to be going well for this family until a sudden death inside the flower shop. It leads to the unraveling of this dysfunctional family’s secrets, which threatens  the fate of the flower shop as they all come to terms with their new reality.

“Toy Boy” is based on a male exotic dancer who is falsely framed for a murder. He relies on his friends and lawyer to discover the truth behind the murder, but he can’t remember anything the night it happened. On this journey, the main character realizes the murder is covering up bigger secrets about the wealthy and powerful families in Marbella, Spain, who he used to be afiliated with.

If you are into fashion, then “Velvet” is the show for you. “Velvet” is centered around a prestigious store in 1950s Spain that offers not only high-end clothing, but also a forbidden love story involving the store’s heir and one of its seamstresses. “Velvet” is “Romeo and Juliet”-meets-the fashion world, as the two sewing-crossed lovers fight to be together.

If you enjoy this show, there is a spin off series called “Velvet Colección.”

This Spanish mystery takes place on a ship that suffers a tragic accident leaving a group of students to figure out how to survive as they are isolated and abandoned in a post-apocalyptic world. The students find new discoveries on the ship, which leads them to believe there might be other survivors onboard and more to this ship than they previously thought.