No need for social distancing; Three video games to keep you connected during shelter-in-place 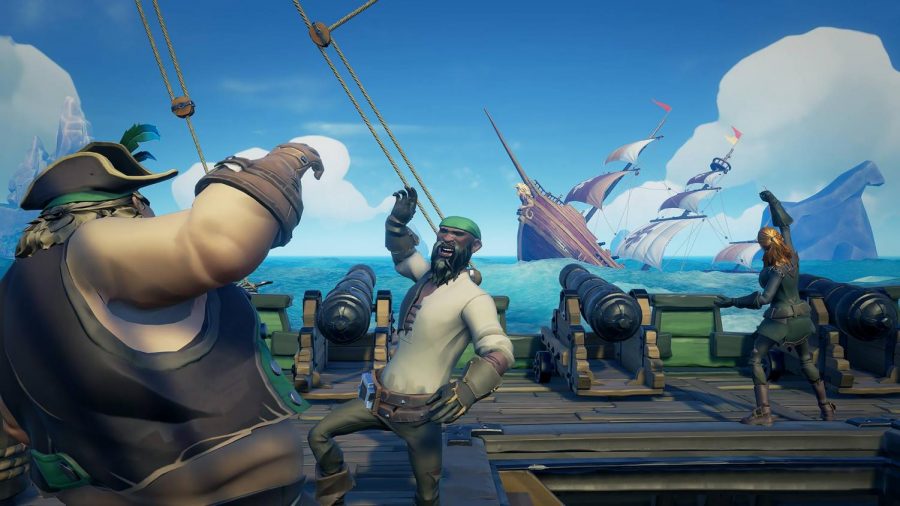 Embrace your inner pirate in the fantastical, gorgeous world of "Sea of Thieves."

It’s been a month since quarantine started, you haven’t seen your friends in forever and you’re probably bored right out of your mind. So what kind of games would be good to play in a time like this?

Here are three recommendations to keep you virtually occupied and social.

Ever dream of being a swashbuckling pirate with your friends? Sailing the open seas, ripe with adventure and opportunity around every corner? “Sea of Thieves” is perfect for you. This is a shared, open world multiplayer pirate game developed by Rare, known for classics such as “Banjo-Kazooie” and “Viva Pinata.”

Set out on a journey in the beautiful sandbox world of “Sea of Thieves,” an ocean of islands, loot, and all sorts of buccaneering adventures to fill that abyss of boredom. Hook up with up to four players and embark on voyages, campaigns, or just sail aimlessly across the waters and random encounters and stuff will come to you. Or if combat is more your thing and you don’t have that much time to spare, there is an alternate PvP (Player vs Player) mode called “The Arena” in which you can compete in competitive treasure hunts and fight your way to victory.

The game is primarily designed to play with friends, as “Sea of Thieves” is a social game that involves teamwork and coordination to pull off successful heists and complete missions without sinking.

If nobody is available or if you just want a harder challenge, you can play alone in a small ship for one to two people.

If you’d rather something more laid back and creative, “Minecraft” is a really good game to play when you can’t leave the house. You can spend hours building the perfect house in creative, or survive the night against hordes of enemies in Survival Mode.

Other than the single player modes, you have the online multiplayer half of the game. There are countless servers of all kinds with endless different player created modes. Ever wanted to play “Hunger Games” in “Minecraft”? There are a lot of servers for that. There are also official dedicated servers you can rent called Realms. Minecraft Realms are private servers you can rent and use to play with friends.

Tired of the regular content in the game? Well, you can add your own stuff! “Minecraft” is designed to be easily moddable, and mods can enhance the game experience tenfold. There are mods for shapeshifting, electricity and engineering, and even for exploring the solar system. “Minecraft” is easily one of the most creative games you can get and perfect  to waste your day away.

“VRChat” is the ultimate player content-driven MMO (Massively Multiplayer Online) social platform perfect for combating quarantine. “VRChat” is similar to “Second Life in which you create or join alongside dozens or hundreds of other players and talk, play minigames, or joke around to your heart’s content.

You don’t need a VR Headset for “VRChat” and you can just use your PC, but your movement is more limited and you can’t do as much. You won’t be able to use both of your hands or move your model around freely. Having a VR headset seriously improves the experience and offers full access to all of the game’s features, but if you can’t afford one, then it’s still valid to just use your PC.