Five Netflix shows to watch while you’re cooped up 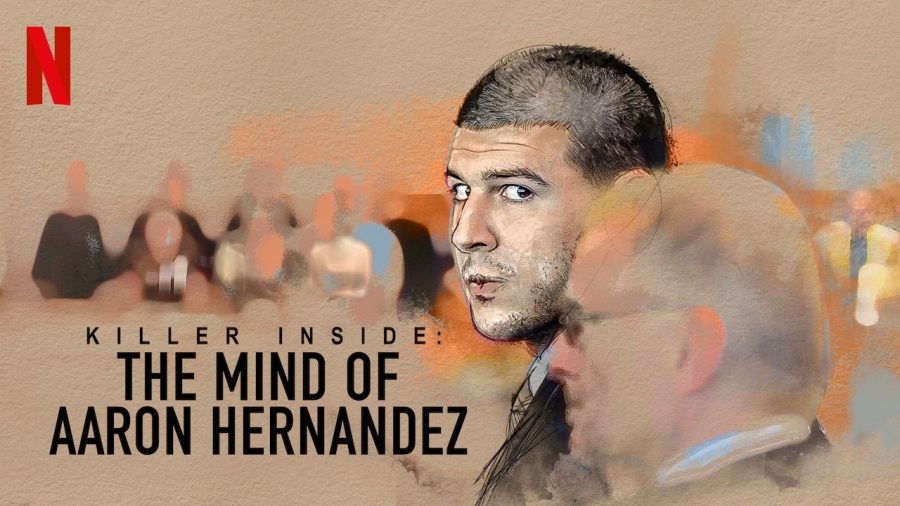 The pacing and chronology of events in the docuseries “Killer Inside: The Mind of Aaron Hernandez" motivate the viewer to continue watching as key points are presented throughout the three episodes.

With shelter-in-place orders extended through April, here’s a list of five must-watch new and old shows on Netflix that will make your home quarantine more enjoyable.

With elements taken from “Black Mirror,” “Ghost in the Shell” and “Blade Runner,” there is a beautiful cyberpunk aesthetic to “Altered Carbon.” In the distant future, the concept of death is almost non-existent. Human conscience is stored inside of a memory storage unit called “stacks” in the shape of a spinal plate that can be transferred between bodies or “sleeves” at will.

This advancement may seem utopian in concept, however “Altered Carbon” depicts a dystopian society where immortality enables the depths of human depravity to impact and influence ordinary life. While the first season is arguably better, season two ups the ante in casting Anthony Mackie as the lead. Both seasons provide thrilling and memorable experiences that aren’t afraid to show off their macabre undertones.

There are very few people in history who have been able to live a life that is as luxurious and exciting as Pablo Escobar. The story of Colombia’s most notorious drug lord and his involvement in the Medelliín and Cali cartels is dramatized in spectacular fashion in “Narcos.”

The show takes only a handful of liberties while doing an incredible job being as historically accurate as needed to maintain the viewer’s interest. The lead duo of Boyd Holbrook and Pedro Pascal has near perfect synergy, and every interaction between the two is enjoyable.

While comparable to “Game of Thrones,” “The Witcher” proves itself an above average fantasy series. Set in a fictitious universe, the story follows the titular “Witcher” Geralt of Rivia, played by Henry Cavill, as he travels in search of his missing godchild.

“The Witcher” is not directly tied to either the video game or book series of the same name, and it doesn’t pander to fans of either series. Nor does it make it hard to watch for strangers to the franchise. The visual effects are one of the most noteworthy features of the show as they make use of both CGI and impressive practical effects to make the encounters between monsters and Geralt hard to look away from.

“Killer Inside: The Mind of Aaron Hernandez”

“Killer Inside: The Mind of Aaron Hernandez” is documentary gold. Aaron Hernandez was a New England Patriots player who was investigated and eventually convicted of one count of murder; he was acquitted of murder charges for two other men. The pacing and chronology of events in the docuseries motivate the viewer to continue watching as key points are presented throughout the three episodes.

One of the more fascinating facts in the Hernandez case is the possible role of chronic traumatic encephalopathy, or CTE, a brain disease found in professional athletes who have sustained multiple head injuries.

It is almost impossible to browse the internet and not know about “Tiger King: Murder Mayhem and Madness.” What makes “Tiger King” so appealing is that it doesn’t rely on third-party interviews or commentators and instead lets the events and characters themselves take center stage.

The series details the story of Joe Exotic, owner of a private zoo in Oklahoma that exhibited hundreds of large cats. Joe is currently in prison for his actions, and “Tiger King” shows the insane series of events that took place both during and after his time owning the zoo that led to his eventual arrest.

The series also delves into the world of illegal animal possession and dealing in the United States as well as the use of live animals in the media. For those segments, the filmmakers interview other private zoo owners including Bhagavan “Doc” Antle, owner of the Myrtle Beach Safari who was closely associated with Joe.