“The Cripple of Inishmaan” to open renovated Burbank Auditorium March 6 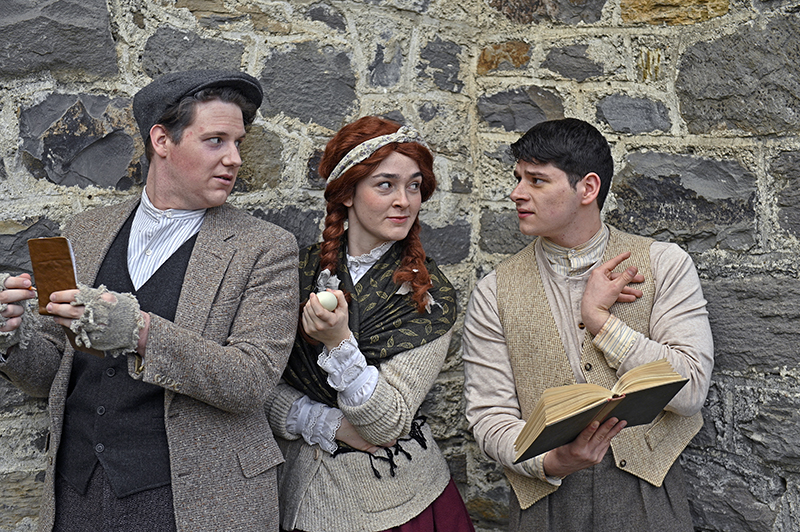 Santa Rosa Junior College theater arts program will open the newly renovated Burbank Auditorium with a performance of Martin McDonagh's dark comedy "The Cripple of Inishmaan" at both matinee and evening performances from March 6 to 8 and 11 to 15.

After a year-long hiatus from performing at Burbank Auditorium, Santa Rosa Junior College Theatre Arts returns to the newly renovated historic venue with “The Cripple of Inishmaan” to open the auditorium’s new 200-seat studio theater.

Set in 1934, “Inishmaan” follows Billy Claven, a disabled orphan and social outcast who schemes to escape the boredom of small town life via a Hollywood film crew that arrives to produce a documentary on life in his hometown of Galloway Bay, Ireland. Despite his physical limitations and loner personality, Billy lands a role in the film — or so some fellow residents think.

Burbank Auditorium is reopening after a $30 million renovation that broke ground in January 2018 but really began four years earlier when Sonoma County voters approved $410 million in bonds to improve the theater, athletic fields and stadiums, and to build a new science, technology and math center.

In addition to the 200-seat theater that will host “Inishmaan,” Burbank also features a refurbished 400-seat auditorium with state-of-the-art features including wire catwalks for more creative lighting design.

“Inishmaan” is for mature theater-goers; the play is recommended for viewers age 16 and up. The premiere is sold out, but the show also runs on March 7 and 8 and from March 11 to 15 with both a 2 p.m. matinee and an 8 p.m. performance.

Tickets can be ordered online at https://theatrearts.santarosa.edu, via phone at (707) 527-4307 or from the Burbank Auditorium Box Office from 1 to 4 p.m. Wednesday through Friday and one hour before curtain.