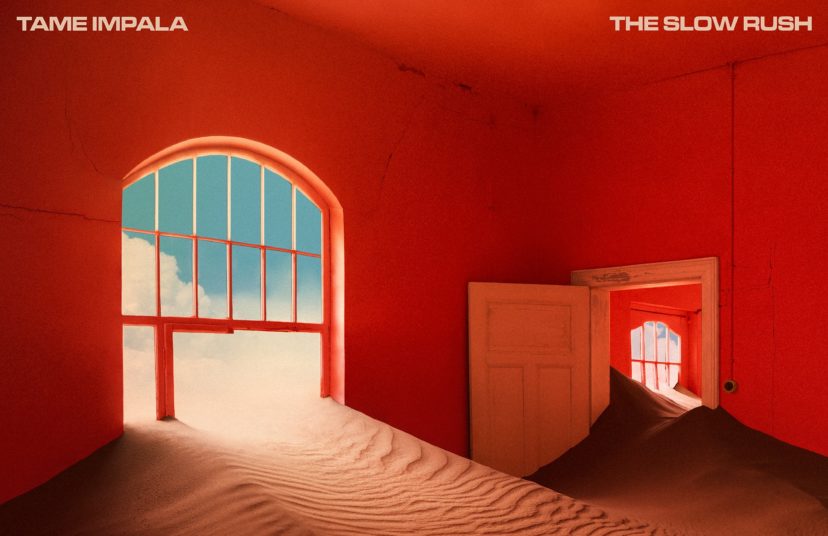 Tame Impala plays it safe — but succeeds — by following up on the psychedelic electronic pop of 2015's "Currents" with another helping of vibrant, genre-bending production from the project's mastermind, Kevin Parker.

The album was released on Valentine’s Day and came after a slow rollout of singles: “Borderline,” “It Might Be Time,” “Posthumous Forgiveness” and “Lost in Yesterday,” in addition to “Patience,” a song that didn’t make it onto the album.

Kevin Parker, the mastermind and sole studio member of Tame Impala, hadn’t released a project since 2015’s “Currents,” the album that catapulted the band into the mainstream. Like “Currents,” “The Slow Rush” was written, performed, produced and mixed in Parker’s home studio in Australia.

The album opens with “One More Year,” a hypnotic, pulsating track written around a choppy, modulated vocoder melody. The bass-heavy production is dynamic. The lyrics are reflective and playful. Setting the tone for the rest of the album, the song features heavy synths and a wide palette of instruments, all equally drenched in reverb. It’s candy for the hi-fi headphone user.

“Instant Destiny” features a danceable groove, plinky keys, bass licks aplenty and a drum track that sounds straight out of your high school’s packed gymnasium. Regrettably, it ends right when it seems on the edge of morphing into something even better.

“Borderline” was released last year as the album’s first single and received a substantial production facelift before arriving on the album. The bouncy, airy and funk-influenced song makes a lot more sense packaged snugly in an album so fully populated with reverb. The hip-hop-inspired drum sample propels the song through smooth verses, expansive choruses and a thumping bridge that repeats to end the song.

The cut also features one of the densest, most diverse musical palettes of 2020 so far. It bears little resemblance to its bland, underwhelming original version.

“Posthumous Forgiveness” opens with a mid-tempo verse featuring twangy guitar and languid organ. The track recalls Led Zeppelin and Childish Gambino’s “Redbone” in equal measure. However, the song apexes when two soaring synth lines duel as all other sounds cut out. Those sounds and more rejoin the mix in a thunderous moment that ranks among the album’s most thrilling.

Around the four-minute mark, the structure transitions into a simple electronic ballad that closes the song.

“Breathe Deeper” is the most fun song on the album and features a delightful, singable groove. The expressive song successfully pulls elements of its composition together in a way that makes it feel like a remix of itself.

The song concludes with two bite-sized compositions, the first of which is unremarkable. The second, however, is a great cut that shouldn’t have been buried in the album.

With a sturdy piano part and an organ ripped straight from the cathedral, “On Track” is a high point on “The Slow Rush.” The rockin’ chorus sounds like Def Leppard covering a Mac DeMarco song. It begs to be blasted in arenas while thousands of fans wave lighters and cell phones.

The electronic piano intro of “It Might Be Time” recalls Supertramp’s “Goodbye Stranger” before bass enters the mix with a bite in one of the best, heaviest choruses Kevin Parker has ever written. A screaming-synth lead and booming lo-fi drums crash into the mix to solidify the song’s status as an electronic rock banger.

In “One More Hour,” the song’s final and longest track, a pounding riff explodes out of haunting piano and chiptune synths. Truncated strings and bells accompany the riff’s later return as the whole mix is thrown into a phaser to compelling effect.

“One More Hour” is the freest, most flexible song on “The Slow Rush.” It’s equal parts video game soundtrack and musical theater. However, instead of ending on a big note, Parker gives the album’s coda a softer, lusher feel.

The album is a fitting successor to “Currents,” but it’s not without its faults. “Tomorrow’s Dust” is underwritten, “Is It True” is underproduced and “Glitter” is underdeveloped.

Despite some weak points, Parker’s writing and production are as strong as ever. “The Slow Rush” is worth the four-year wait, but hopefully the wait is shorter next time.