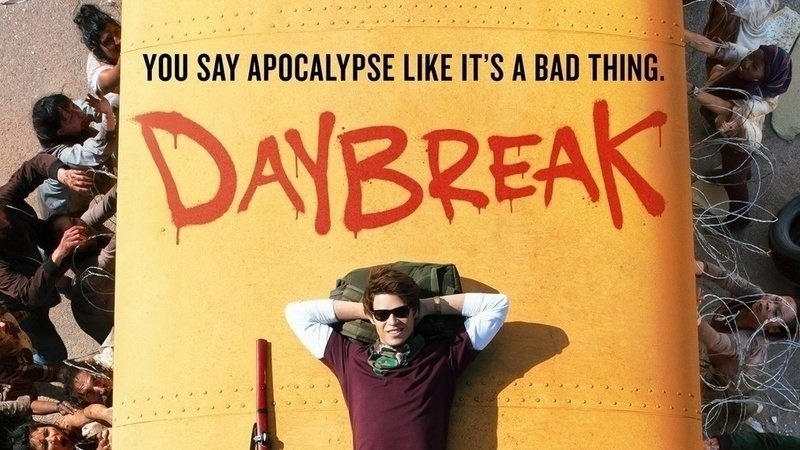 Set in a zombie apocalypse, "Daybreak" is a colorful teen comedy with solid comedic writing and fun performances.

“Daybreak,” released on Netflix in October, is a teen comedy set in a zombie apocalypse, and despite the tropes, the show is fun and colorful.

Colin Ford stars as Josh Wheeler as he and his friends desperately try to find his missing girlfriend while trying to survive both zombies and wasteland gangs in a postapocalyptic Glendale, California.

“Daybreak” draws upon tired zombie apocalypse tropes but twists them into something entirely its own.

Chemical weapons are a standard plot device in modern zombie fiction. They are also how civilization ends in “Daybreak,” but there’s a catch.

Humans over 18 are turned into “ghoulies” who repeat whatever they were saying before they were transformed. One ghoulie eternally expresses excitement for a sale on leggings.

The characters of the series are just as entertaining as the setting. Each character has a wealth of personality. For example, Wesley is a marijuana-smoking self-proclaimed samurai whose inner monologue is voiced by RZA from Wu-Tang Clan. Similar ridiculous and larger than life details are present in all characters and help create memorable performances.

The comedic writing of “Daybreak” is a mixed bag. Most of the time it is clever with witty and current woke humor that isn’t afraid to make fun of itself.

At times, however, the writing can be obnoxious, if unnecessary. The raunchy humor in the dialogue at times is just cringy, which is usually the intended effect, but the back-and-forth of vulgar language can outstay its welcome.

This rings especially true with the character Angelica, who is meant to be an obnoxious pyromaniac whose interactions with other characters really slow down the narrative.

Despite small problems with the writing, “Daybreak” is an absolute jam. Brad Peyton, the director and producer of “Rampage,” creates a colorful world that leaves you wanting more after every episode.