I’ve been a Swiftie for most of my life, and I loved “Miss Americana” 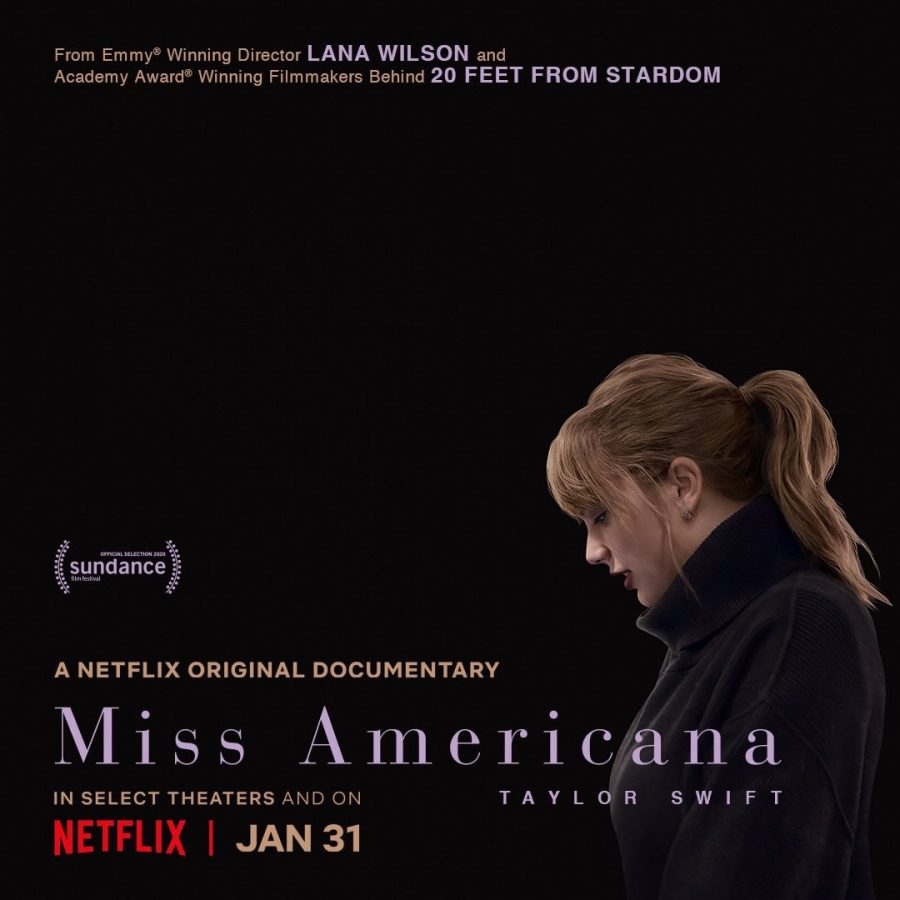 "Miss Americana," the new Taylor Swift documentary directed by Lana Wilson, received rave reviews from critics and fans after its premiere Jan. 23 at Sundance Film Festival; the film released on Netflix a week later on Jan. 31.

Miss Americana herself, Taylor Swift, is the subject of a highly anticipated documentary that premiered Jan. 31 in theaters and on Netflix.

The documentary premiered at Sundance on Jan. 23, but came out on Netflix Jan. 31. It gives fans a look at Swift’s writing, recording sessions for her new album “Lover,” the Kanye West feud, her relationship with her mom and her take on politics.

I’ve been a Swiftie since I was 10 years old.

Back in her country music days, I would rock out to my room to songs such as “Tim McGraw,” “Picture to Burn,” and “You Belong With Me.” I continued to be a fan of hers when she became a full-on pop star.

When she announced that she was starring in a documentary about her life, I couldn’t have been more excited to watch.

The documentary begins with Swift at a piano figuring out how to write the song “Me!” from her recent album “Lover.”

The film then takes a turn, covering the Kanye West scandal in 2009 at the MTV Video Music Awards, in which West interrupted Swift’s award speech by proclaiming that Beyonce, who did not win the award, had made “one of the greatest music videos of all time.”

Before watching this film I didn’t realize Taylor Swift struggled with mental health issues over the past decade. I applaud her for discussing what she was going through.

Over the course of the film, fans can see their amazing bond in a way we never have before.

In past years, Swift has kept her political views to herself. Now, when it’s most vital, we finally get to hear what her values are.

One scene sees Swift sitting down with her mother, father and with two members from her production team in what looks like a green room.

“Part of the fabric of being a country artist is ‘don’t force your politics on people. Let people live their lives.’ That is grilled into us,” Swift says.

This is a raw and emotional look at Swift while her mother supports her to speak up in politics while her father and two members from the production team do not support her.

There’s two things that I wished that were shown in the film.

One, her feud with Scooter Braun and label executive Scott Borchett, who bought the rights to nearly Swift’s entire catalogue in a move many consider a form of bullying.

Braun and Borchett now own the masters from her first album “Taylor Swift” to “Reputation,” the last album she recorded with their company, Big Machine Records.

It would have been amazing to see the behind the scenes of her dealing with this insane feud and listen to what she had to say in her own voice, rather than in a tweet or Instagram post.

Two, I would’ve loved to see more of her relationship with boyfriend Joe Alwyn, another thing she’s kept super-private.

Swift and Alwyn have been together for the past couple of years, but they are rarely seen in the public eye together.

The film barely shows Alwyn. All we see are his hands and Swift hugging him after one of her concerts, and that’s it. I want to know if she’s engaged, as some fans think they’ve spotted an engagement ring on her finger in the film.

Despite leaving fans guessing about her relationship status, Taylor Swift has never given us this much of an inside look into her life and journey.

“Miss Americana” was more than I expected and I loved it.