“The Irishman” is a lengthy yet rich masterpiece 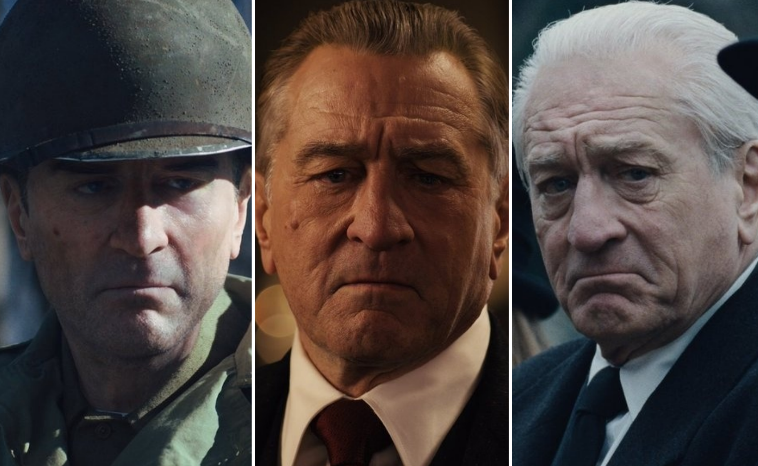 "The Irishman" overcomes a massive 209-minute runtime to become one of the decade's greatest gangster films on the backs of master direction from Martin Scorsese and larger-than-life performances from Robert De Niro, Al Pacino and Joe Pesci.

“The Irishman” may be a long watch for a Netflix blockbuster at 3 hours and 29 minutes, but its lead performances combined with Martin Scorsese’s superb direction make it a compelling piece of cinema.

“The Irishman” features the legendary acting talent of Robert De Niro, who stars as eponymous mob hitman Frank Sheeran in his ninth collaboration with Scorsese and first since “Casino” in 1995. De Niro is supported by Joe Pesci, who came out of unofficial retirement to play mafioso Russell Bufalino, and Al Pacino, who plays labor union leader Jimmy Hoffa in his first role directed by Scorsese.

Based on Charles Brandt’s book, “I Heard You Paint Houses,” this long-awaited film began development in 2007 and was released by Netflix in November. The film’s 209-minute length makes it both the longest release by Scorsese and the longest mainstream film released in over twenty years.

The story is expansive, telling the story of Frank Sheeran’s involvement in the life and death of Jimmy Hoffa. The second act is long, but the film’s final 30 minutes are worth the wait.

The final stretch of the film makes it apparent that Scorsese is both aware and defiant of his mortality; the story is an old-fashioned one, but the technology used to tell it sure isn’t.

“The Irishman” uses de-aging technology, which uses computer-generated effects to make actors appear younger to better tell its story. It takes some time to get used to, but it’s never more than a minor distraction and is easily dismissed.

Scorsese’s expressionist use of typography is also brilliant, exemplified by an art film-inspired sequence that features fast-paced, cross-cutting to a series of title cards reading “I HEARD,” “YOU PAINT” and “HOUSES.”

“The Irishman” is a treasure trove of Scorsese tropes. Numerous sweeping crane shots call back to “Goodfellas.” Situations burst into gritty, unglamorous violence at a moment’s notice, a device of Scorsese’s since the ‘70s. Narration is delivered directly to the lens by Frank Sheeran, as fluid and natural as the narration in Scorsese’s last crime film, “The Wolf of Wall Street.”

It’s rare that master storytellers are given the chance to tell stories of this scale. Guillermo Del Toro commented on Twitter, “The film connects with the epitaph-like nature of Barry Lyndon.”

The film he mentioned is a 1975 Stanley Kubrick film with a three-hour-plus runtime and some of the most detailed frames ever put to film. Skeptical audiences and critics enjoyed the production design but found issue with the film’s pace. The film was a box-office failure and has only recently found retroactive critical acclaim.

Would “Barry Lyndon” receive more praise if it was first released in 2019 on Netflix, where viewers can pause at any time? Universal praise for the carefully plotted world of “The Irishman” suggests that “Barry Lyndon” was ahead of its time, a film designed for audiences that didn’t exist yet.

Luckily, due to modern film distribution, “The Irishman” doesn’t need to be reevaluated years after release. This film will be celebrated for years. Del Toro describes “The Irishman” as “the fastest three hours in cinema,” so fill up your water bottle, make yourself a meal or two, and make time to spend an afternoon or an evening watching “The Irishman.”

If you love movies, you’ll love this one. Don’t be afraid to pause for bathroom breaks, though.