Seven thoughts about “The Mandalorian” 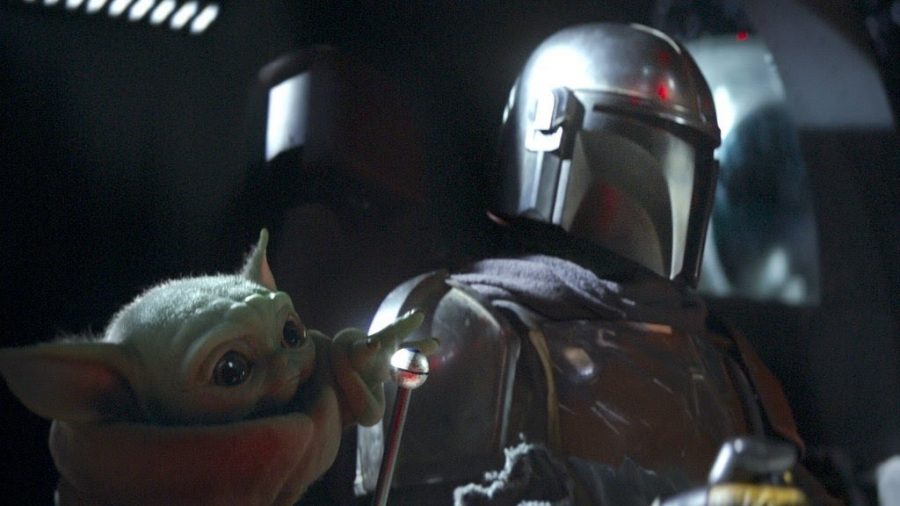 "The Mandalorian" is fresh, exciting content that entertains and provokes thought; it's the "Star Wars" TV show fans have been waiting for.

The first live-action “Star Wars” television series is here, and after three episodes, it’s clear “The Mandalorian” is some of the most exciting “Star Wars” content in years. But what makes this Disney+ show worthy of being a “Star Wars” property? Here are seven thoughts on the show’s first three episodes:

The set design, costumes, sound effects, editing and special effects are unmistakably “Star Wars.” Instead of depending on aesthetics and tropes from the original “Star Wars” trilogy, “The Mandalorian” builds on that foundation with clever writing, inventive music and cinematic imagery inspired in equal parts by “Star Wars” and “Game of Thrones.” Just like “Star Wars: The Last Jedi,” but without the vocal detractors, “The Mandalorian” feels like candy for the “Star Wars” fan who wants something that’s familiar but still unpredictable.
Speaking of music, Ludwig Göransson’s score is fantastic. It matches the drama and emotion of the scores of composer John Williams without falling victim to oversentimentality. That doesn’t mean it’s a copy of a Williams score; it’s the most dynamic and fresh “Star Wars” score yet. The electronic and hip-hop inspiration makes Göransson’s music one of the best parts of the show. It makes me wonder why most scores for “Star Wars” properties are orchestral.
George Lucas loves old adventure serials, and 42 years after the release of the first “Star Wars” film, we finally have a true serialized “Star Wars” adventure. The end of every scene and episode makes you wonder what will happen next, and Disney’s decision to release the show on a weekly-ish basis gives the show more longevity than seasons of Netflix shows that are released in their entirety at once.
It’s hard to overstate the surreality of watching a “Star Wars” show that features the acting talents of Werner Herzog. Herzog is the director of art film classics like “Aguirre, The Wrath of God,” but his participation isn’t unprecedented; the enigmatic director has voice acted in shows like “The Simpsons” and “Rick and Morty.” However, in light of Martin Scorsese’s recent — and valid — criticisms of Marvel, it’s still shocking to hear Herzog’s character say “Star Wars” words like “parsec,” “camtono” and “Beskar.”
Nick Nolte’s character Kuiil is another fun part of the show. The technology of bringing life to the character, a member of an alien species called Ugnaughts, is admittedly lo-fi, but the character’s jilted practical effects mouth movements make him seem more like a character from the original “Star Wars” trilogy. Besides, if everything is computer-generated to perfection, there would be a major uncanny valley situation.
Deborah Chow’s episode 3 should make every “Star Wars” fan beyond excited for her upcoming “Obi-Wan Kenobi” series. With Ewan McGregor returning as Obi-Wan, it’s assumed that most “Star Wars” fans will be watching anyway, but Chow’s direction should bring character development to Obi-Wan that was never received in the prequel trilogy under George Lucas’ notoriously hands-off direction.
Baby Yoda might be the best thing to ever come out of “Star Wars.” It’s rare that the entire internet, including the entire deeply fractured “Star Wars” fandom, can come together to love something so much. Yes, Baby Yoda only exists to sell toys and merch, but so does everything Disney makes. Just don’t spend too much on upcoming Baby Yoda merch.