“The Lighthouse”: The horror aquatic 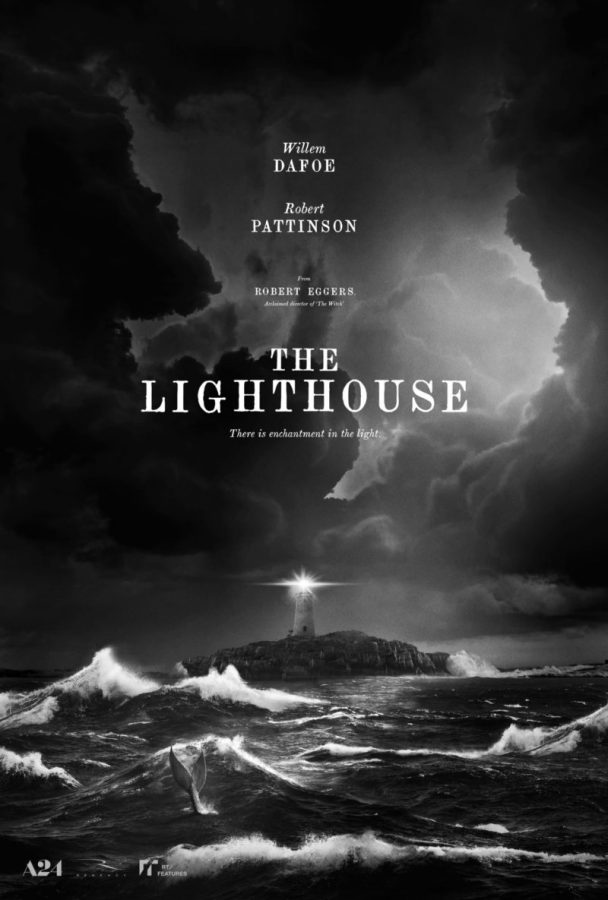 Courtesy of A24 Studios

In A24's "The Lighthouse", actors Willem Dafoe and Robert Pattinson battle the sea and their psyches.

Standout horror studio A24’s recent release, “The Lighthouse,” captures the dread and isolation of being marooned on a rock in the middle of the ocean in a bleak, black and white contrast. The Lighthouse is bewildering, hectic and astounding all in one go.

Willem Dafoe and Robert Pattinson play the senior and junior lighthouse keepers, respectively. Dafoe is grizzled and already half-mad, speaking in riddles and exploding with anger at the slightest provocation. Pattinson is reserved and quiet but harbors a dark secret.

Robert Eggers, director of A24’s “The Witch,” cultivates a dense fog of uncertainty and confusion to mirror Pattinson’s internal struggle with his past and descent into mental instability. It’s never clear which of the two men is actually insane, or if either of them are at all. The movie is filled to the brim with sailor folklore and is a reverence for the ocean itself. Dafoe’s performance as the veteran lighthouse keeper is captivating and intense, and his run-around monologues are intentionally misleading that whip up a frenzy of emotion.

Pattinson and Dafoe are the only two who appear on-screen throughout the vast majority of the film, and their once fresh faces are storm-battered and haunting by the film’s climax. The two men struggle against each other and the impassable might of the ocean. Their frustration is tangible to the audience.

Filmed on a narrow aspect ratio and on a 35-millimeter camera, the movie feels like it could have been made a century ago. The old-timey feel fades quickly, and the shots feel uncomfortably personal on Pattinson as his grip on reality begins to slip. The setting is captivating and brutal, and the lighthouse itself becomes more and more disheveled as the film progresses.

As the film ends, the audience is left with many questions. Eggers has created an ending complex and provocative, matching the likes of “The Thing” with its potential for theories about what the film may mean.