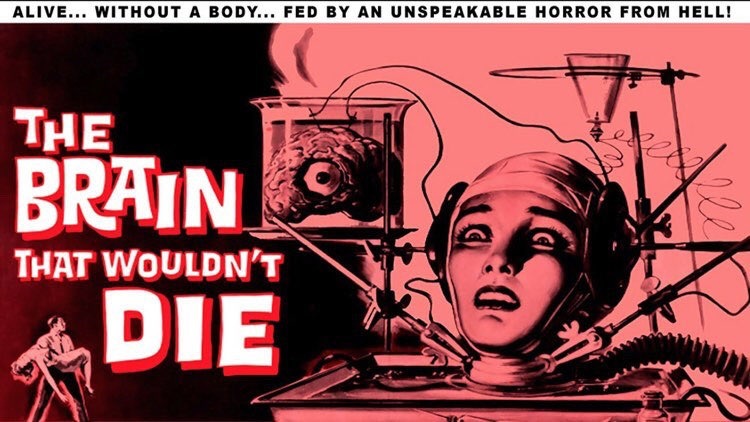 As if the real life of Kincade Fire week wasn’t frightening enough, the grand finale of our oh-so-beloved season of haunts, bewitchment and pumpkin-spiced everything has arrived—and we’re here to help conjure up spooky vibes.

The public’s fascination with Halloween has many ties to escapism and the desire to enter a reality of magic and thrills. With anxiety levels at an all time high, a spooky avenue of escape is just what the witch ordered. That’s why we’ve compiled a monster mash-up of eerie, atmospheric music and four horror films to get us back into the Halloween mood.  All the films on this list have public domain status and are available for free on sources like http://www.archive.org/ and http://www.youtube.com/.

So, drink up vibe potion #9, put on a horrific film and escape to an eternally ethereal place with us. It’s the witching hour, baby!

A Bucket of Blood

“A Bucket of Blood” stars career character actor Dick Miller as Walter Paisley, a busboy at a beatnik cafe whose artistic aspirations coincide with a murderous streak. With black comedy at its pre-1960s finest, the film is full of fine performances and compelling zero-budget production design. “A Bucket of Blood” feels predictive of “American Psycho,” combining murder with comedy to yield an uncomfortable reaction from its audience. Come for the laughs, stay for the jazz score.

The Little Shop of Horrors

Unlike the 1986 Frank Oz remake, Corman’s “The Little Shop of Horrors” isn’t a musical. It’s a completely unpredictable barrage of surreal black comedy, and a film that stands out among its peers as a mess of a motion picture and the embodiment of cheesiness—it’s still one of the most entertaining horror-comedies of the mid-20th century. The performances are wildly over-the-top and include a brief but memorable cameo from a pre-fame Jack Nicholson. “The Little Shop of Horrors” is hard to take seriously, but it’s harder to hate.

The Brain That Wouldn’t Die

Like a dollar store version of Frankenstein, “The Brain That Wouldn’t Die” is pure, undiluted 1960s sci-fi/horror. It’s as addicting as halloween candy. With cheap, cookie-cutter production design, a basic plot and hammy performances, the only thing that the film really possesses is entertainment value. Virginia Leith gives an unhinged performance with nothing but her head and Jason Evers’ villainous doctor is pure shlock. Invite over some friends, turn off all the lights and let the goofiness wash over you.

The obscure cult gem “Spider Baby” tells the story of the demented Merrye family, but the majority of the plot consists of shock humor. Lon Chaney, Jr. plays the family’s legal guardian/chauffeur and delivers a gut-wrenching speech towards the end of the film. For its time “Spider Baby” is a very explicit film, but it wouldn’t do much to shock audiences in 2019. Oddly, it possesses a 100% approval rating on Rotten Tomatoes.