“The Thing”: Fear the unknown 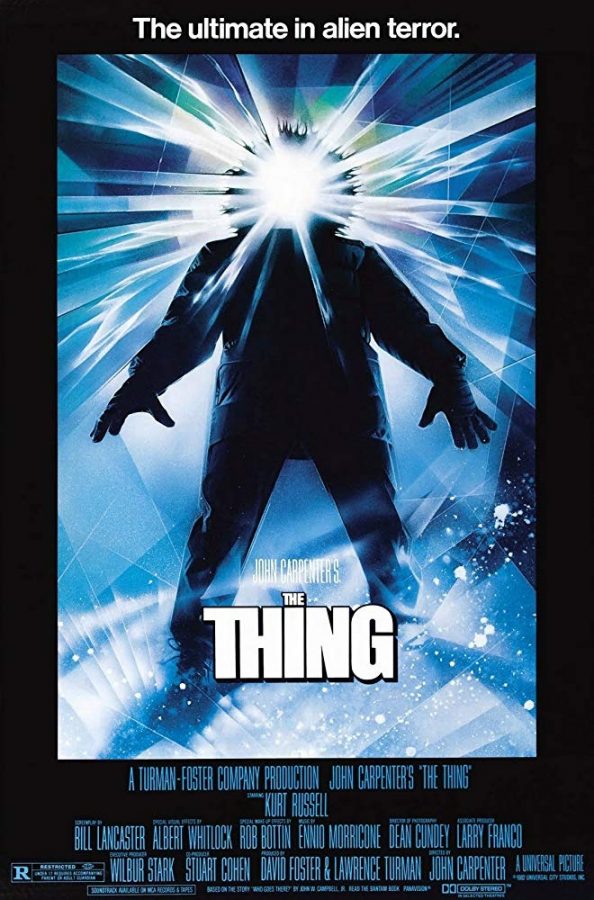 Cult Classic "The Thing" was not a critical success during its release but found a cult following in the years after and is considered one of the greatest films in horror history.

The wolf in sheep’s clothing scares us more than any real wolf. John Carpenter grips this idea tight in “The Thing” and uses tense psychological uncertainty to keep the audience reeled in.

The Thing is an alien that assimilates into any living animal in its proximity, making a perfect copy of the organism. The creature terrorizes the staff of a remote laboratory in Antarctica, stalking and isolating the researchers, scientists and doctors who are starting their mission there and can’t escape because of harsh Antarctic weather and tampering of equipment.

You never know who the creature has taken, including Kurt Russell’s main protagonist, pilot R.J. MacReady.

The cast is full of memorable characters such as Child, played by Keith David, a short-fused and ready-for-action character to Dr. Blair played by Wilford Brimley , who knows more than he lets on.

Released in 1982 to low critical success compared to 1978’s “Alien,” “The Thing” found a cult following in later years.

“The Thing” is a remake of 1951’s “The Thing from Another World” and based on the novel “Who Goes There?” by John W. Campbell. He is also known for directing “Halloween,” “They Live” and “The Fog.”

This film sets the gold standard for special effects; from giant monsters to a severed head that grows spider legs, and every effect holds up today.

“The Thing” features three big fight scenes: in the dog kennel, a doctor’s office and a generator room. Each one shows bodies opening and deforming to create a creature whose only goal is survival.

“The Thing” is singular in cinematic history. It joins horror, mystery, survival and action perfectly to create a story one-of-a-kind story, leave you guessing to the end.

This film is available in the Google store, Apple TV and Amazon’s digital store.