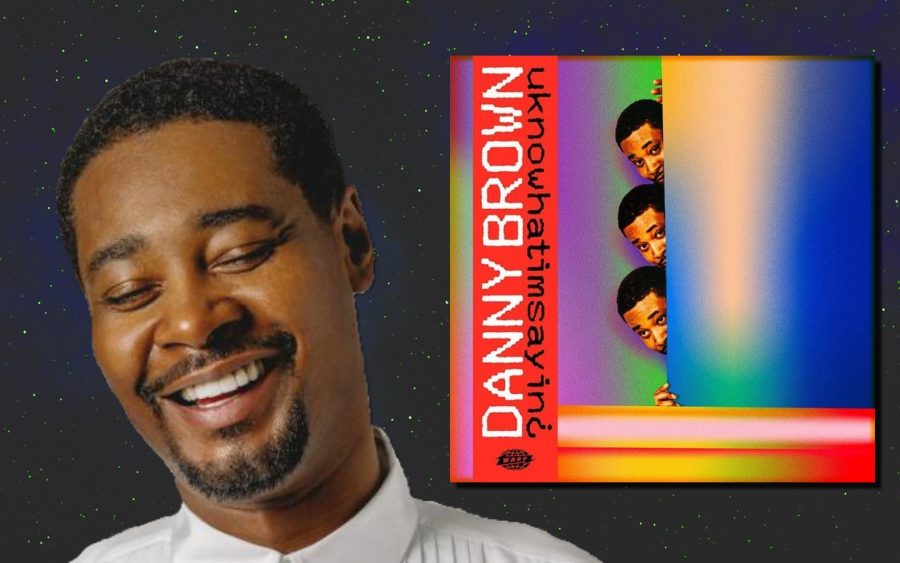 While White produced the majority of the beats on “Atrocity Exhibition,” his involvement in Danny Brown’s latest album, “uknowhatimsayin¿,” remains limited to four tracks. For the rest of the tracklist, Brown and executive producer Q-Tip, who rose to fame in A Tribe Called Quest, recruited fellow musicians JPEGMAFIA, Flying Lotus and Thundercat; underground producers Cartie Curt and Playa Haze; and experimental jazz/hip-hop group Standing On The Corner.

With its playful, loud and colorful cover art, “uknowhatimsayin¿” is the stylistic opposite of “Atrocity Exhibition.” The lyrics, reportedly influenced by Brown’s friendships with stand-up comedians, are funnier than anything he’s done prior. The emotional and instrumental palette is also far lighter than his previous works.

The opening track “Change Up” features resounding guitars, a bouncy bassline and ghostly orchestral swells with a slow, thoughtful flow from Brown. While his discography features various degrees of the panicked, screechy vocals on “Atrocity Exhibition,” in “uknowhatimsayin¿” Brown dials it back for the majority of the project.

Brown details his sexual exploits in the story-song “Dirty Laundry,” the lead single of “uknowhatimsayin¿.” A riotous, synth-heavy banger, the Q-Tip-produced beat structure repeats without ever sounding boring. Throughout its 3:04 runtime, the song bubbles over.

Synth-driven and one of the most musically complex pieces on the project, “Belly of the Beast” feels appropriately dramatic due to a breathy talkbox instrumental accent, soulful chorus vocals by Nigerian singer Obongjayar and a late marching beat that propels the song. Brown’s verses sound more like stand-up comedy than hip-hop.

Released as the album’s second single, “Best Life” heavily samples and interpolates Tommy McGee’s “To Make You Happy.” An arrangement full of soul vocals, booming drums, sweeping violins and Q-Tip’s added deep, gurgling synths make the song one of the album’s best. Brown’s lyrics are as filthy as ever, and the song’s best lines are unprintable here.

The album’s closer, “Combat,” features an old-school Q-Tip beat that samples an interview with a young gang member from the Bronx in the documentary “80 Blocks From Tiffany’s.” Q-Tip joins Brown on the chorus, and Consequence, rapper and cousin of Q-Tip, joins the two near the end of the song.

A funky bassline and a distorted horn lead the song, while Brown’s relentless vocals and lyrics embellish it. His last line in the song calls back to the same paranoia “Atrocity Exhibition” was built upon: “Some don’t know how to stick to the code; nobody to trust, that’s the way life goes.”

Brown’s 2016 album, “Atrocity Exhibition,” found critical acclaim for its stark depiction of addiction and mental health issues in one of the darkest hip-hop albums of the decade; it seems only fitting for him to follow it up with the vibrant, kaleidoscopic “uknowhatimsayin¿.”

Which direction will Brown turn next? Wherever he takes us, it’s certain to sound unlike anything we’ve heard before.