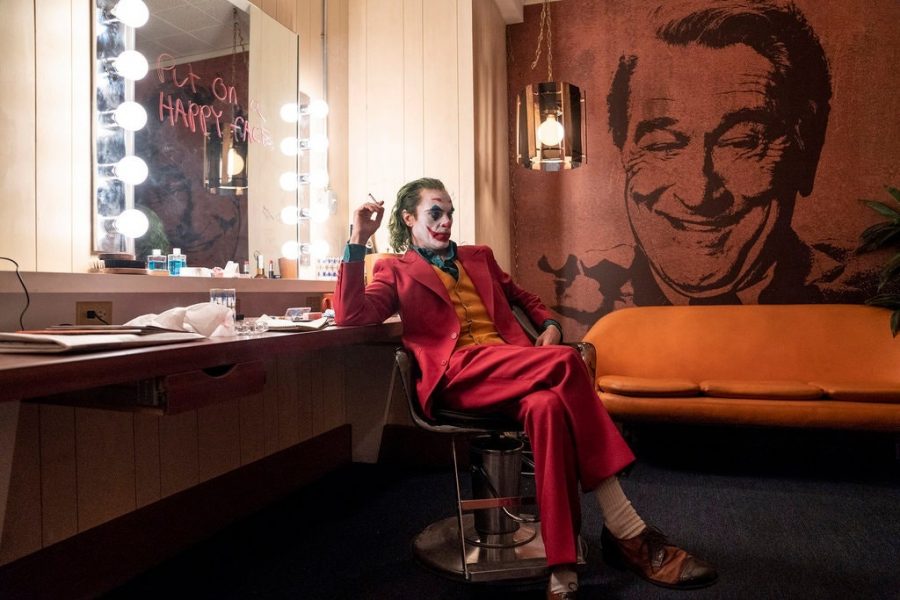 Todd Philips' bleak and twisted portrait of the infamous Joker character's backstory and ultimate descent into madness is as compelling as it is tragic. Joaquin Phoenix's performace will stand as one of his best.

Out of all the portrayals of Batman’s villain in the last 50 years, Joaquin Phoenix’s portrayal of the Joker is the best yet; it’s heartbreaking, bittersweet and sad, but in the best way possible.

Director Todd Phillips mentioned how this film was inspired by others such as “Taxi Driver,” “The King of Comedy” and “A Clockwork Orange” all of which share a gritty style and similar narratives. Released Oct. 6, the film is a realistic character study of the infamous Batman nemesis, and given the desire of this movie to be a stand-alone film, there’s no Batman present in this version.

Before his metamorphosis into the Joker, Arthur Fleck is an aspiring stand-up comic and clown-for-hire who struggles to find success and cope with his mental illnesses in a version of Gotham City where he’s constantly berated.

Phoenix’s interpretation of the Joker is emotionally captivating. Unlike other villains who are predictable, poorly conceived and cliche caricatures of people, the Joker is well-written, complex, and worthy of the audience’s sympathy.

His well-researched spin on making the laugh a medical condition he can’t control adds to our understanding of what plagues him mentally and validates making him believable. While each laugh is a little different, his eyes are always ridden with pain and convey his emotions are anything but happy. His dancing also puts you on edge and projects his inner turmoil when there are no other means for him to express it to the world around him.

Phillip’s curation of songs and original music contributes immensely to the overall tone of the film. Sprinkled throughout the movie are some classic and soulful songs like “Everybody Plays the Fool” by The Main Ingredient and “That’s Life” by Frank Sinatra that reflect the Joker’s feelings and the irony of trying to cope by putting on a smile through their usually positive lyrics.

The cinematography of the movie is beautifully tragic. The colors incorporated throughout the movie explore the darker side of the color spectrum while not being as drab and lifeless as the normal DC movie. Whether we’re looking at things through an eerie movie sequence playing out in Arthur’s mind, or watching a fast-paced chase scene, there’s never a second where your eyes are not captivated by what you’re seeing on screen. Other times the screen will be taken up by Phoenix’s face as his expressions tell the story. The shots capture the gears turning in his mind as he interacts with other characters like his supportive love-interest Sophie, one of the few to understand his pain, or popular talk-show host Murray who Fleck idolizes, played by the Taxi Driver himself Robert De Niro.

This is not the average comic-book movie we are used to seeing from big-budget studios. Compared to the fast-paced action we’ve come to expect from Marvel Comics, this film is an intentional slow burn with sparse action sequences. However, this movie’s trade-off for not feeling like an amusement park thrill-ride is a more plot-driven, intimate experience bringing us as close to the pain of the character as possible. This style of film may not resonate with the impatient viewer.

Taking all factors into consideration, “JOKER” is one of the best films of the year. The amalgamation of the excellent plot, stunning cinematography and the protagonist’s performance make this movie a delight to watch from start to finish and worth your time whether you’re a serious movie buff or someone just interested in the character.