“Look Mom I Can Fly”: A glimpse into the life of Travis Scott 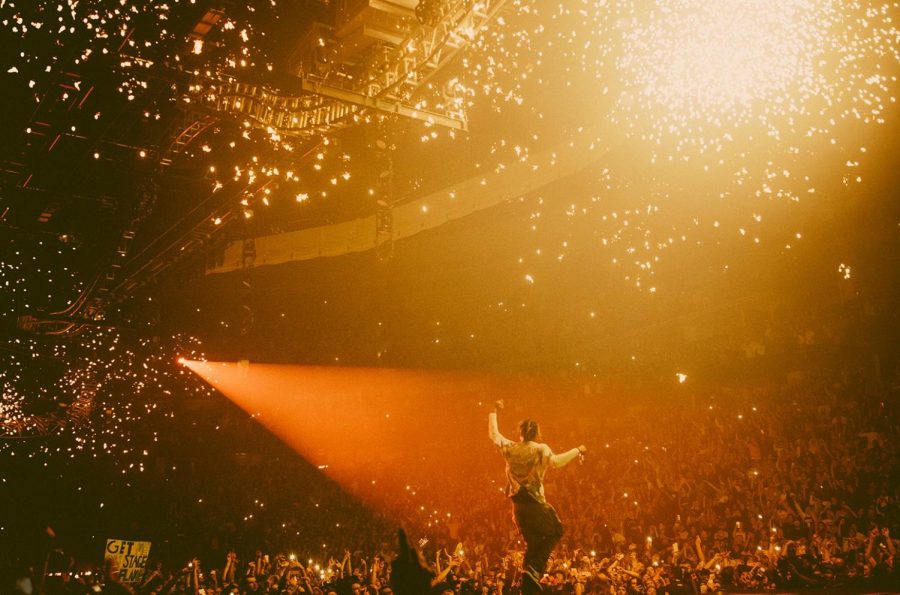 Travis Scott performs in anticipation of, "Look Mom I Can Fly."

“Look Mom I Can Fly,” Travis Scott’s first documentary, gives viewers a first hand look at the notable life of the 28-year-old rapper. The Houston native documented his moments of work, play and creativity into an 84 minute Netflix Original. Scott has transformed himself into an icon and role model for fans in his hometown and around the world. The energy radiating from this film makes it interesting as well as informative; “Look Mom I Can Fly”  is a must see for his fans or any music fanatic.

The documentary, directed by White Trash Tyler and produced by Scott himself, opens with Scott being interviewed on a rollercoaster, giving the viewer a glimpse of his crazy and outgoing personality. Six Flags AstroWorld, the now-closed theme park in Scott’s hometown, was the inspiration for his Grammy-nominated album “Astroworld,” which in its first week, sold 537,000 copies. Watch this documentary, you can feel the energy and positivity radiating from Scott and those close to him, making you feel as if you’re at one of his shows

Scott recalls the memories created at AstroWorld in his youth as some of the best moments of his life and is attempting to manifest his AstroWorld dreams into an amusement park in Houston. He wanted to create something just as inspiring that had an impact on him, and the rest of hometown.

Throughout the film, clips from his live shows exhibit his die-hard fans and abundant energy in the crowd between abrasive bass drops and aggressive mosh pits, bringing everyone to the same energetic level. Fans interviewed for this documentary described Scott’s shows as up-beat, insane and chaotic but most importantly familial. He involves his fans and interacts with the crowd, giving his fans opportunity on stage and hosting dialog with them.

Between these clips are home videos of Travis in his youth, often singing or playing instruments that show off his musical interests. Childhood friends and family talk about his talents and how they always knew he would become famous in a matter of time.

“Look Mom I Can Fly” follows Scott through some of his life changing moments including becoming a father to his daughter, Stormi; the work he put into the creation of “Astroworld”; and the controversy he faced for performing at the 2019 Super Bowl halftime show.

The film highlights Scott’s investment in Houston; Mayor Sylvester Turner granted him a key to the city in recognition of his impact and inspiration to fellow Houstonians. Scott dedicated a yearly event to reopen the park, bringing in rides and having artists perform reliving his AstroWorld memories and giving others the opportunity to experience it. Scott plans on continuing to inspire and proving the reality that anything is possible.

“Look Mom I Can Fly” ends with a clip of Scott and Stormi standing in front of the crowded venue with his fans flocking around him at AstroWorld, then cuts to a childhood clip of Scott and his mother standing in the almost identical spot. It’s another emotional moment that emphasizes his normal upbringing.

“Look Mom I Can Fly” should be on the list of documentaries to watch for anyone fascinated in modern culture, music or great stories. Viewers get a better understanding of his music, the production of his album as well as Travis Scott as a person, making it a must see film.