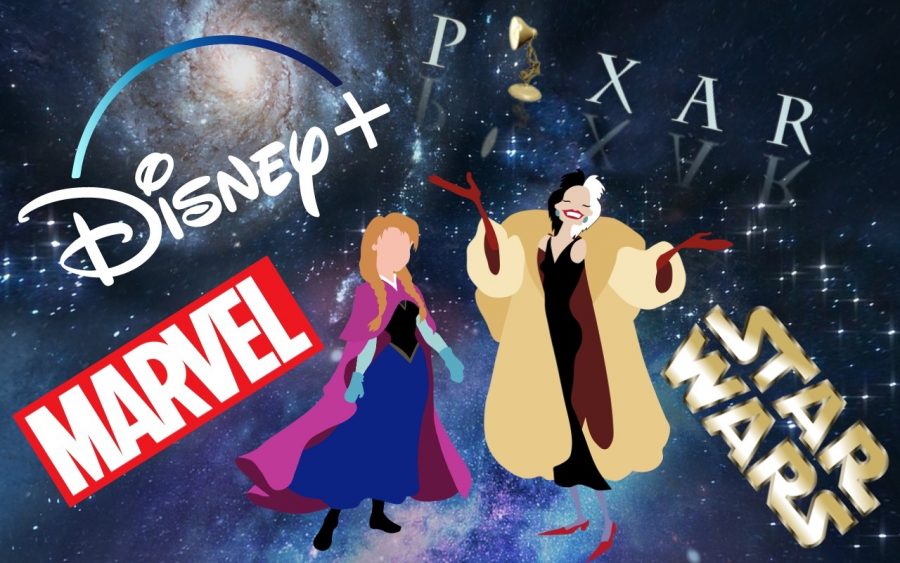 Disney unveils their new exciting line-up on Aug. 23-25 in Anaheim Calif. from Disney+ to upcoming Marvel movies for years to come.

“Mulan”: Disney has made massive amounts of money with their live-action remakes, so it’s taking a swing at this beloved property, but with a culturally sensitive and respectful approach. Niki Caro directs, and Liu Yufei stars as the titular character.  The film appears to take a more warlike look at the story of Hua Mulan. “Mulan” will arrive March 27, 2020 and feature a long list of supporting actors including Donnie Yen, Jason Scott Lee, Utkarsh Ambudkar, Rosalind Chao, Cheng Pei-Pei, Nelson Lee, Gong Li and Jet Li.

“Jungle Cruise”: Dwayne Johnson and Emily Blunt star in this adaptation of Disney’s classic theme park ride which appears to be taking some cues from John Huston’s “The African Queen.” The film is set to be an entertaining and romantic action-adventure romp from director Jaume Collet-Serra. Paul Giamatti, Edgar Ramirez and Jesse Plemons co-star, and the film releases July 24, 2020.

“Raya and the Last Dragon”: Paul Briggs and Dean Wellins will be bringing the cultures of Southeast Asia to the silver screen in this grand-scale animated adventure. Cassie Steele and Awkwafina lend their voices to the project which is scheduled to premiere Thanksgiving 2020. Adele Lim is screenwriter.

“Obi-Wan Kenobi”: So far, all we know about the new series starring internet fan-favorite Ewan McGregor is his involvement with the series, that it has already been scripted and that it is going to shoot next year. Nevertheless, McGregor’s involvement is a welcome surprise.

MARVEL CINEMATIC UNIVERSE (MCU)
“Black Widow”: While it’s about half-a-decade late, audiences will finally get to see Scarlett Johansson’s Natasha Romanoff in her own starring film on May 20, 2020, piloted by director Cate Shortland. David Harbour, Rachel Weisz and Florence Pugh have signed on to the project, which will open up MCU’s Phase Four, Marvel’s latest block of film programming after “Phase Three” concluded with the release of “Spider-Man: Far From Home”. Concept art at the Expo revealed a stylish white suit Johansson may wear in the film.

“The Eternals”: After the success of cosmically-tinged films like the “Guardians of the Galaxy” series, “Avengers: Infinity War,” “Captain Marvel” and “Avengers: Endgame,” the MCU will reach back 35,000 years before the events of the MCU in “The Eternals,” coming out Nov. 6, 2020. The cast is positively stacked: Angelina Jolie, Kit Harrington, Richard Madden. Kumail Nanjiani, Gemma Chan, Barry Keoghan, Brian Tyree Henry, Salma Hayek and more. Chloe Zhao is directing.

“Black Panther 2”: Ryan Coogler returns to direct the sequel to Marvel Studios’ 2018 box-office juggernaut, “Black Panther.” The film will premiere  May 6, 2022, and not much is known about the project outside of the involvement of Coogler and returning star Chadwick Boseman, who will be reprising his role as Prince T’Challa.
MARVEL ON DISNEY+
“Falcon and the Winter Soldier”: With Captain America’s arc in the MCU finally complete 8 years after Chris Evans’ debut as the character in 2011, his two closest on-screen compatriots will star in this Disney+ series, portrayed again by their actors Anthony Mackie and Sebastian Stan. The series also features returning MCU characters Baron Zemo and Sharon Carter, portrayed by Daniel Bruhl and Emily VanCamp. Joining the series are actor Wyatt Russell, showrunner Malcolm Spellman, writer Derek Kolstad and director Kari Skogland. The series is premiering in Fall 2020.

“Loki”: Very little is known about the project outside of the involvement of director Kate Herron and Tom Hiddleston returning as charismatic trickster Loki in this Disney+ series premiering Spring 2021.

“WandaVision”: Elizabeth Olsen and Paul Bettany return as Scarlet Witch and Vision to explore their characters and relationship in this Disney+ series which premieres Spring 2021. Matt Shakman is directing, and MCU fan-favorite characters Darcy and Jimmy Woo, played by Kat Dennings and Randall Park, are returning. Kathryn Hahn and Teyonah Parris have also joined the cast.

“What If?”: The MCU will be revised in Marvel Studios’ new alternate-reality animated show, “What If?”, coming Summer 2021. Each of the MCU’s 23 films will be revisited and changed in one key way, and the show will be narrated by Jeffrey Wright as The Watcher. Dozens of MCU actors will be reprising their roles, and the Expo premiered footage of Hayley Atwell’s Peggy Carter becoming an alternate Captain America, brandishing a Union Jack-emblazoned shield.

“She-Hulk”/”Moon Knight”: Nothing was revealed about these two new Disney+ series except their logos.
DISNEY/PIXAR
“Frozen 2”: This film seeks to explain, among other things, why Elsa has her iconic ice powers. Directors Chris Buck and Jennifer Lee shared a new trailer that illuminated new plotlines including Elsa and Anna’s relationship with their mother and Kristoff’s attempt to propose to Anna. The film arrives Nov. 22, 2019, and the original film’s stars are all set to return, including Kristen Bell, Idina Menzel, Jonathan Groff and Josh Gad. Sterling K. Brown is also joining the cast.

“Onward”: Chris Pratt, Tom Holland, Julia Louis-Dreyfus and Octavia Spencer star in another brand new property from Disney/Pixar, written and directed by Dan Scanlon. The film follows two elf brothers portrayed by Tom Holland and Chris Pratt who live in a magical world and have lost their father. The film premieres March 6, 2020.

“Soul”: An abstract vision from director and Pixar CCO Pete Docter, “Soul” features Jamie Foxx as a frustrated jazz-loving band teacher and Tina Fey as an ethereal, ghost-like character named 22. Jon Batiste is writing original jazz music for the film, and composers and creative partners Trent Reznor and Atticus Ross will score the film. Phylicia Rashad and Questlove round out the cast. The film premieres June 19, 2020.
OTHER DISNEY+ SHOWS
“Encore!”: In “Encore!”, the grown up casts of high school theatre productions are brought back for one final performance. Kristen Bell is hosting the show, which premieres on day one of Disney+, Nov. 12, 2019. The series should provide wholesome, low-stakes entertainment akin to cultural phenomena like “Queer Eye: More Than A Makeover” and “The Great British Baking Show”, as the trailer shows cast members overjoyed to see their old classmates, waxing nostalgic about their glory days and juxtaposing the feeling of aging with the magic of performing live again.

“The World According to Jeff Goldblum”: National Geographic is producing this series which follows actor Jeff Goldblum in his attempts to learn about the world at large. The series will last for 12 episodes and will premiere on Nov. 12, 2019.

“One Day at Disney”: Accompanying a coffee book of the same name, “One Day At Disney” will be comprised of 52 short-form episodes, each taking a look at someone who works for Disney and what one day in their life is like. From ESPN to Walt Disney World to Pixar, each of the weekly 4 to 7 minute episodes will answer questions about what it’s like to work for one of the world’s biggest companies. The series drops on Dec. 3, 2019.