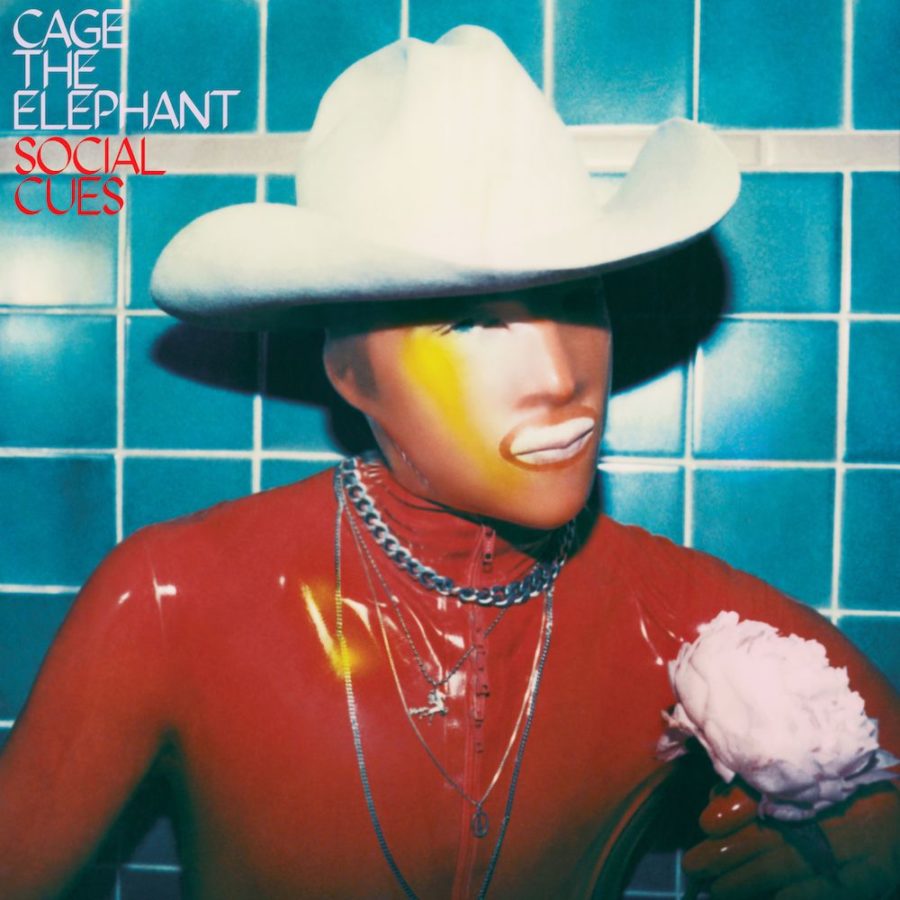 Courtesy of of Neil Krug and Matt Shultz

Cage The Elephant re-invents themselves and delivers one of their best albums to date.

The future of Nashville-based alt-rockers Cage the Elephant seemed uncertain in recent years when their lead singer’s life fell apart in the aftermath of his divorce, however the band members managed to come together and craft one of their best albums to date: “Social Cues.”

Band members Daniel Tichenor, Jared Champion and Matt and Brad Shultz formed Cage the Elephant in 2006 and have spent over a decade working together; always able to reimagine their sound from one album to the next. So, it goes without saying, they’ve changed drastically since releasing their last studio album “Tell Me I’m Pretty” in the spring of 2015.

Released on April 19, “Social Cues” is a nuanced, diverse and deeply personal look into the life of rockstar Matt Shultz; and on it, the group manages to break new ground with some of Shultz’s best songwriting and vocal performances. Combined with the band’s versatility, they masterfully shapeshift from one style to the next with each passing album.

The opening song of any album is important and “Broken Boy” doesn’t fail to disappoint.

A distorted guitar melody lingers for a moment before Shultz and the band start firing on all cylinders. Shultz starts the narrative he tells throughout the album at his lowest point. Angry and resentful, Schultz describes the bad hand life has dealt. He asks, “Tell me why I’m forced to live in this skin?” and reflects on his isolation from everyone. Maybe he was born this way. Broken. While this is happening distorted guitars and bass notes clash and work in perfect harmony with the sporadic drum patterns; this creates one of the most exciting and rowdy instrumentals ever on a Cage the Elephant record, that fans are sure to remember in the future.

Then, we move into the second song “Social Cues.” Tonally, we hear the group with some of the same invigoration and energy overflow from the past song as bumping bass notes and haunting guitar notes masquerading over one of the more dark songs on the record.

Shultz dives deeper into his reckless and self-destructive drug binge on lines like, “Close your eyes, don’t be afraid. Take some of these, they’ll ease the pain. Live fast, die young, pay the price. The best die young, immortalized.”

Then, to add to his suffering Schultz adds the juxtaposed perspective of those who look up to him and say he should be happier now that they have gained popularity and success.

On “Skin and Bones” our singer ruminates about his lack of motivation and purpose as he was slipped familiar darkness and bad habits. A grandiose and dramatic melody builds up as Matt realizes he hasn’t gotten any closer to happiness through the false promise of fame with the lines, “All the shiney sidewalks, they were lying.” As the music winds down, we are left forlorn with Matt’s vocals, reinforcing how alienated he feels. Unlike before he assures himself he’ll find a way out of his situation.

As the album transitions to “Love’s the Only Way” the entire tone of the record shifts. A bittersweet symphony swells up and transports the listener out of the jagged instrumentation and perspective from earlier into what feels like what can only be a dream from Shultz about what could be. Combined with the other dreamy guitar melodies on the song, the band is able to evoke feelings of bliss and promises of hope comparable to John Lennon’s “Imagine.” As if Shultz has come to a sudden realization, he reassures  that love will prevail over this spectre that haunts the person he once was. Shultz realizes finally “there’s gotta be a place” devoid of his suffering

Then there’s “The War Is Over,” in which the group crafts a polished protest song for our times. It is reminiscent of the group’s earlier politically charged material as a punk band a decade ago, except now Shultz is speaking out in opposition to the current political sh*tshow and seemingly increased vocal group of xenophobes in the country through the lyrics, “You can build your walls, build ’em to the sky. One day you will find love was on both sides. The war is over.”

Shultz saying the war is over further emphasizes how immigration is not the threat it’s been painted to be.

“What I’m Becoming”  is another tender moment on the record as dreamy and nostalgic synthesizers sweep go back and forth with familiar string sections, we hear a more mature and contemplative Shultz accept responsibility for what he’s done. “I’m so sorry, honey, for what I’m becoming. Everything you wanted seems so far from me. Never meant to hurt you, no, never meant to make you cry.” As shultz whispers his condolences to those who he’s harmed along the way, we hear the bittersweet tone of his voice and realize his intentions to change were genuine. “I’m so sorry, honey, for what I’m becoming.”

As the last song on the record, “Goodbye” couldn’t be further from where Shultz found himself on the first song. In an interview with Rolling Stone, brother Brad Shultz explains explains how Matt wrote the ballad to his ex wife as their relationship was ending, and he delivered his lyrics on the studio floor still torn up about the break up. But as Shultz delivers, “I wish you well, I want to see you smile,” it becomes clear Shultz is ready to move on with life after this album in spite of how hard it was to leave.

There aren’t many negative aspects of the record, but for the sake of fairness, there’s an overarching critiques fans and reviewers alike have had for the record.

For starters, the band doesn’t really fall into a specific genre or style of music. While mostly all the songs have some familiar aspect of the band’s past work, many songs bounce around from genre to genre and can come off as a bit jarring.

But this is minor. The beauty of having so much variety on the album is it can be enjoyed by anyone.

And as Cage the Elephant continues their journey as musicians, it’s clear they show no signs of wanting to limit themselves to one kind of music.

Conditions have changed for the better since the tumultuous recording period for this album then and both Shultz and the band find themselves on better footing now. In an interview with Billboard, Schultz jokes, “This record is the last record, hopefully, that I will make living in the perspective of self defeat.”