Bring a bucket: “After” is nothing short of nauseating 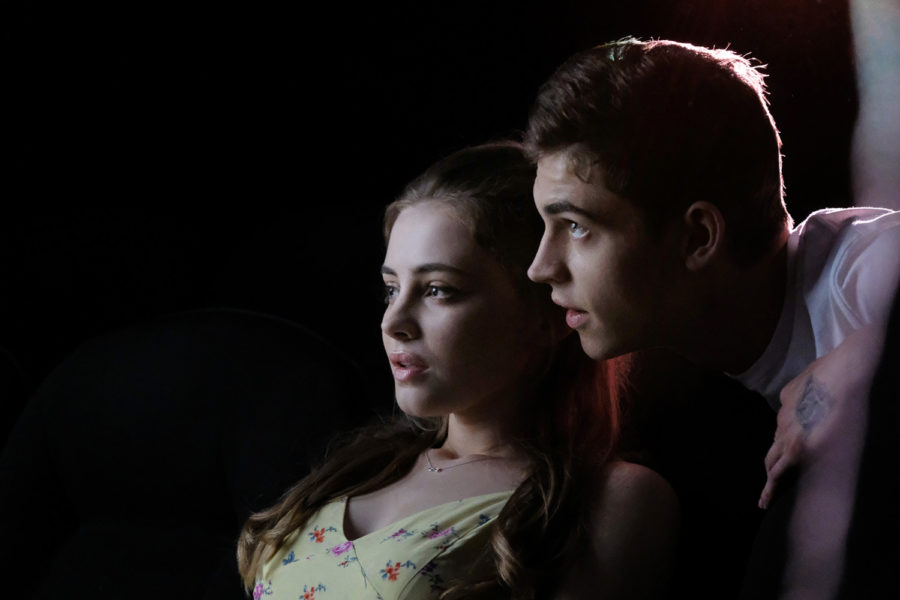 “After” manages to elicit a yearning for more racy romantic trash like “Fifty Shades of Grey” because anything else would have been less excruciating than this clichéd look at abusive teen relationships.

Josephine Langford stars as Tessa Young, a teenage girl fresh out of high school and entering her first semester at a nearby university. Opposite to Langford is Hero Fiennes-Tiffin, best known for playing an 11-year-old Tom Riddle in “Harry Potter and the Half-Blood Prince.” Fiennes-Tiffin plays Hardin Scott, resident “bad boy” and all-around terrible person.

This film is based on the new adult fiction series of the same name, by Anna Todd; and shares some common traits with “Fifty Shades of Gray,” as it too was originally fanfiction. Todd based the characters on the real life boy band One Direction and Hardin Scott on Harry Styles.

Suffice it to say, “After” is for fans of the book series and nothing more.

Without knowledge of the books, audiences are subjected to a trite look at the clichéd “good girl loves bad boy” trope.

Hardin Scott is sickeningly aloof and Fiennes-Tiffin plays him as dead-eyed as humanly possible. Hardin is devoid of charm and relies on his boyish good-looks and massive ego to goad the impressionable Tessa Young into his clutches.

What makes this film even more despicable is that Tessa has a boyfriend back home, and she cheats on him with Hardin — yet Hardin is the hero of this love story.

This film plays with the idea that all girls who leave home for college will in fact cheat on their boyfriends with the nearest rebel they can find.

Whatever the book was trying to accomplish falls short in the film, as director and screenwriter Jenny Gage seems to glorify the act of dishonesty. “After” doesn’t show that it’s OK to spread your wings and learn about yourself; rather, it’s OK to destroy a relationship because rad college bad boy Hardin Scott will pick up the pieces of your broken heart like a vulture on the side of the road scavenging at the carcass of your fragile vulnerability.

Moments of PG-13 lust are thrown on-screen to make younger audiences giggle and, hopefully, older viewers roll their eyes. While the chemistry between Langford and Fiennes-Tiffin is clearly there, it’s every action that Hardin makes that continues to suspend belief in this fantasy world.

There are a slew of better directed and more engaging cheesy love stories on Netflix, so avoid “After” at all costs — unless you’re a super fan and you simply can’t resist.