Jordan Peele solidifies his place in horror with “Us” 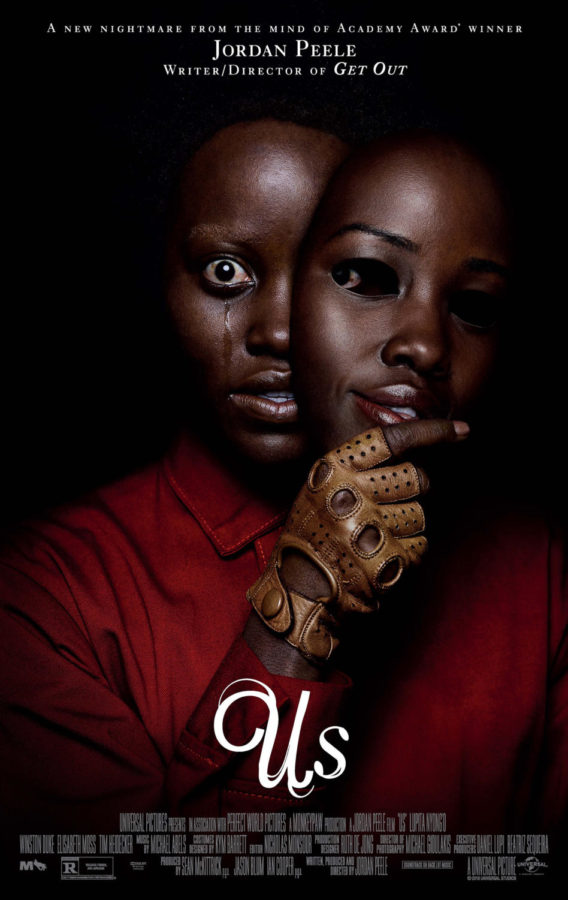 Jordan Peele's acclaimed follow-up to "Get Out" exceeded expectations earning an estimated $70.3 million in North America.

Relying on psychological thrills with a mix of classic slasher films, “Us” tells a story with outstanding acting and directing.

After the success of “Get Out,” Jordan Peele released his highly anticipated second film “Us,” where a family fights for survival when doppelgängers appear to kill them.

Lupita Nyong’o stars as protagonist Adelaide Wilson, along with Winston Duke as her husband Gabe, and Shahadi Wright Joseph and Evan Alex as their children. Each actor also plays a dual role as their doppelgänger in the family.

The striking contrast between the normal family and their doppelgängers showcases the incredible film direction from Peele and the outstanding acting of the cast, as the film jumps between the frightened, stressed Wilson family and their cold, murderous “red” counterparts.

As a horror film, “Us” relies on suspense and shocking revelations that keeps the audience guessing, and dreading what comes next. Unlike many of the horror films this decade, “Us,” relies on complex character development instead of cheap scares.

The film starts slow, then grows more cinematic and skillfully choreographed especially during a final fight sequence that feels more like a dance scene.

Humor adds lighthearted moments to the film despite the dark tone and bloody scenes. However, the humor was at times off-putting during  major plot points or immediately after a horrific scene, making the film feel at times like it’s not taking itself seriously.

“Us” starts with many questions and ends with even more that conclude without a satisfying answer. The film starts throwing plot points that jumps from a small issue into a worldwide phenomenon with a small explanation. It’s the type of film that even the smaller details like who was murdered or why the scissors can spoil the entire film.

The twists and climax of this movie were both expected but also changed the entirety of the film and demands you re-watch it in order to understand the plot, yet it doesn’t break the film.

The film has more deep and complex themes compared to its Peele’s directorial debut and with its twisted ending and slasher film essence, “Us” is more of a thriller.

For horror film lovers who have been looking for something different from the below average high school slasher, “Us” is a head spinning fright-fest with a great script and outstanding acting that’s worth a trip to the theaters for.