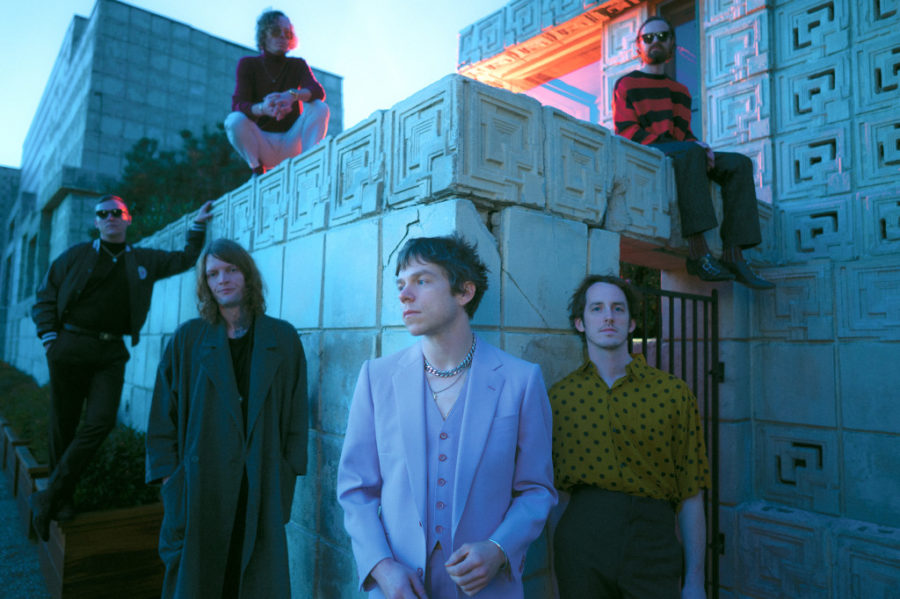 Cage the Elephant's latest single "House of Glass" is a foreboding and compelling story of a man who has hit rock bottom.

Last month, Cage the Elephant announced its fifth album, “Social Cues,” with the release of a teaser track “Ready To Let Go,” where frontman Matt Shultz poetically retold the story of his failed marriage and how he triumphantly rebounded from a long period of depression and drug abuse.

Musically, “Ready to Let Go” featured the group performing a stripped-down take on their signature sound. It came off somewhat forgettable instrumentally, but grew on you the more you listened.

As the second song off “Social Cues,” “House of Glass” couldn’t be more different.

This new song is stellar. Musically it sticks from the start and vocally Shultz doesn’t even sound like the same person he was on previous tracks, thanks to the gloomy and suspicious tone he uses to deliver his verses.

On Cage the Elephant’s last album, “Tell Me I’m Pretty,” Shultz revealed his more vulnerable side through the stories he told, like on the love ballad “Trouble” or on the tragic “Sweetie Little Jean,” so hearing him tell a story from this cynical and dreary perspective is a wild change of pace.

In a recent interview with Rolling Stone, Shultz explained he was in a dark state of mind following his divorce, and watching the Netflix show “I Am a Killer” made him realize his potential for evil. So, on this new album, Shultz tells his story through the eyes of a “soft-spoken, shy-eyed murderer.”

His tone transitions from brooding and ominous to straight paranoid, laying bare the kind of resentful skepticism of someone who has become cold to the warmth of human interaction.

Combined with an incessantly thumping backbeat, “House of Glass” sounds as though Shultz has been ruminating on these foreboding thoughts all his life but has finally reached his breaking point. He uses the analogy of being a glass house to reinforce how broken he feels and how he fears falling apart once people see inside and realize his true personality and emotions.

Then the chorus explodes, and Shultz cries out that his isolation has driven him mad from all these facets of life he perceives as artificial: wearing a false smile for cameras and the public, following the monotony of day-to-day life, facing criticism for his art.

It’s just one never-ending agitation after another.

The only thing sustaining Shultz’s motivation to carry on is his self-destructive behavior.

Upon first listen, the lyrics might not set off any alarms; however, a closer look at his word choice and the repetition of the word “isolation” in the chorus indicate he’s perpetuating his suffering by closing himself off to others. The opening lines about climbing into a corner and putting himself into a coma leave no shadow of a doubt in the listener’s mind this resentment is self-directed, and the only thing being destroyed is himself.

Shultz’s tumultuous and dark tone is reflected in the musicality of the song as well.

Instrumentally “House of Glass” feels more complete and invigorating than “Ready to Let Go.” The instrumentation doesn’t just roll on in the background as Shultz articulates these emotions like it does on “Social Cues’” first single. The music goes through multiple phases and complements the singer’s tone as his thoughts dart from one place to the other.

The bass player’s punchy and somber notes seem to stalk the listener as he is lost in the midst of Shultz’s tangent. Then, as Shultz becomes more frustrated and ready to detonate, the tempo immediately increases in staccato bursts of grungy power chords for the chorus.

As the song seems to be ending, the tempo changes again without warning. This time a whirlwind of sporadic guitar riffs assault the listener’s senses, and as the music continues to build into a fast-paced tour de force, the song implodes on itself and comes to an end — a fitting end to such an unpredictable, amazing piece of alternative rock.

There isn’t much wrong with the song; however, if you were a fan of the group’s more melodic and traditional rock songs, this incarnation might not resonate with you.

Either way, it will be exciting to see what other genres Cage the Elephant incorporates into their future recordings and how they’ll blend together each of these distinctly different sounds.