Don’t “sleep” on these 6 black artists 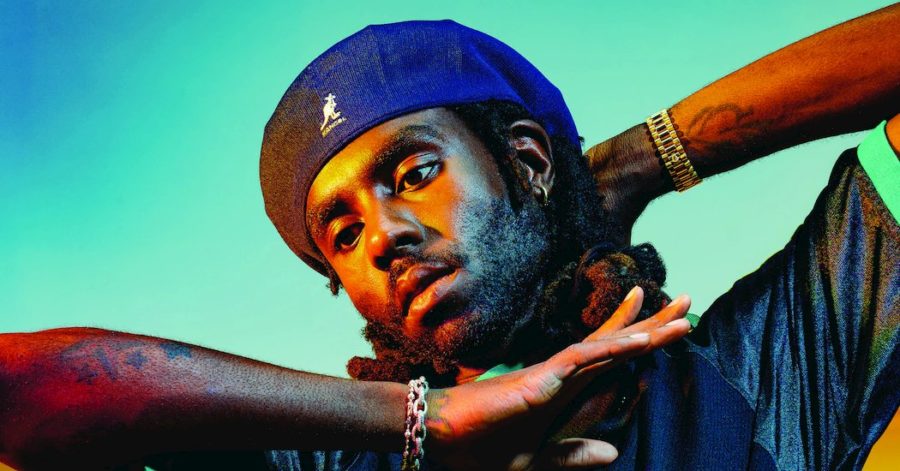 Mamadi Doumbouya of the The New York Times

Black History Month is a time to celebrate the accomplishments, the talent and the history of African-Americans. In observation of the month, it’s time to shed some light on a few black musicians who deserve the recognition—regardless of the time of the year or the color of their skin.

No matter what your favorite genre is, there is always talent to be found outside of mainstream music. It’s time to step out of your comfort zone and find something new to resonate with.
Kamasi Washington
Without a doubt, Kamasi Washington is one of the standout jazz performers of this decade.

Washington was born in 1981, in Los Angeles, Calif., and from a very early age his path in life was clear.

According to an article in the New York Times, both his parents were music teachers, and he found enjoyment playing the tenor saxophone in his youth.

His 2016 album “The Epic,” spanned three hours and cemented his position as a powerhouse in the jazz industry. Putting on a number of musical hats, Washington steadily maintains audience interest and doesn’t allow the album’s length to distract from the quality of the tracks.

Some notable songs include: “Truth,” “Street Fighter Mas,” “Clair de Lune,” “Change of the Guard” and “Fists of Fury.”
J.I.D.
Born in 1990, Destin Choice Route was born into a family of extreme poverty in East Atlanta.

In an interview with Rolling Stone, Route explained how he and his siblings often moved from one low-income house to another, always struggling to make ends meet. He grew up fast due to constant exposure to drugs and violence, and it helped shape his bleak outlook of the future.

The first silver lining came once he graduated from high school and received a football scholarship from Hampton University; it was a perceived path that would bring education and a way out of his home situation.

In between practices he learned how to freestyle and met two rappers named Doctur Dot and Johnny Venus, whose drive and motivation to be successful helped him realize a career as a rapper wasn’t so far out of reach.

Route soon got into trouble and lost his football scholarship, which allowed him to focus solely on his music career.

After years of grinding and putting out mixtapes to no avail, rapper J. Cole took notice of his music and got him a record deal at his label. He was then able to produce his first album and reach a larger platform of listeners.

“The Never Story” was his first album released in 2017. In an interview with Complex, JID explained how lyrically the album’s narrative depicted his struggles to make ends meet as a young man in a system he felt had failed him.

Songs like “Never” captured his feelings of dehumanization and his experience being poor, but it also showed how much skill he had to offer as a lyricist.

His latest album, “DiCaprio 2,” showcases his self-awareness as he is conscientious about what needed improvement in not just his music and his lyrics, but his life as well.

His unmistakable, high-pitched voice performs lyrical acrobatics able conquer almost any flow or rhyme scheme, and musically, his work is sharper and more refined, while still retaining his strange and catchy flow.

Like on the song “Off Deez,” JID and J. Cole use some of the stickiest and faster flows of any artist today. Other highlights include the serene, easy-listening jazz instrumental “Working Out,” as well as the fusion of gospel and jazz on “Off Da Zoinks.”

JID’s skill as a rapper is undeniable, and as he keeps surprising fans and refining his sound, more are sure to notice.

Songs to check out: “Just Da Other Day,” “Off Da Zoinks,” “Working Out,” “Never,” “Ed Edd n Eddy” and “Hereditary.”
Thundercat
Steven Bruner was raised by musician parents, and he became a bass player at the age of 15.

Recently, Thundercat has released music as a solo artist. Across the board his albums have a smooth and funky sound inspired by ‘80s funk artists like George Clinton and Bootsy Collins and creatively repurposed it into a more smooth modern interpretation.

His first album was released in 2011, but his breakout album came in 2017. “Drunk” was equal parts a serious catalogue of different musical styles and the free-wheeling energy of someone who doesn’t care about conforming to the the sound of music that does well on the charts.

Songs to Check Out: “Them Changes,” “Show You The Way,” “Walk on By” and “Walkin.”
Tierra Whack
Tierra Whack is an up-and-coming 22-year-old hip-hop artist redefining the genre she calls home.

According to an article in The Fader, Tierra majored in vocal arts but always felt her creativity was stifled in schools, and she could never pursue her creative side at full capacity in school.

She released her critically acclaimed debut album “Whack World” on May 30, 2018. While it may have only lasted 15 minutes, the album showcases an extremely promising snippet of the singer’s artistic vision.

Each song is a minute-long story showing the rapper trying her hand at a number of rapping styles and musical backdrops.

Songs like “Flea Market” are a perfect example. The ambient and serene sound of the music combined with her voice, which is equally tender and reminiscent of better times, create a sweet snapshot into a pleasant memory Whack regails us in.

On the other hand, Tierra shows her darker side on songs like “Fuck Off.” She shows absolute disdain for a former love interest. But even here she doesn’t take the easy way out of dissing him. Her bars are witty and bursting with creativity whether she is joking how he reminds her of her deadbeat dad, or putting on a humorous Southern accent.

Tierra’s voice and personality are at the forefront of all her songs and considering how well she is able to execute her performances vocally, she is sure to go far.

Only album to check out (so far): “Whack World.”
Blood Orange
Devonte Hynes is an exciting 33-year-old rhythm and blues artist born out of the New York area.

According to an interview in the New York Times, Hynes began making music professionally as a teenager and only recently decided to release music as a solo artists in 2011 under the moniker of Blood Orange.

Over the course of his career, he’s helped produce and write songs for well-known pop artists like Carly Rae Jepsen and Mariah Carey. Simultaneously, he’s managed to carve out a sound signified by smooth and sexy R&B slow jams with a deeper message.

Through his latest Album “Negro Swan,” he wanted to explore themes like racial isolation and displacement he was feeling as the political climate was changing in the country and Obama was coming to office. Lyrically, he related his feelings to greater societal issues like being a black person in America, the LGBTQ+ community struggles and immigration among other things.

Glistening guitars and ultra-smooth and reverberating synthesisers evoke the soulful ambiance of an iconic ‘80s Prince or Sade song mixed with the energy of Frank Ocean and Tyler the Creator.

While on the surface his songs may come off as laid back and smooth, there is real substance to be heard on these records in all aspects of the performance, and while he may not consider himself to be just a musician, hopefully he will continue to release projects that push the boundaries of what R&B sounds like.

Songs to check out: “Charcoal Baby,” “Chamakay,” “Jewelry,” “Saint” and “Best to You.”
Leadbelly
Who knew that a blues artist born in 1886 would have such a great impact on the genre so many decades later?

According to the Rock ‘n’ Roll Hall of Fame, Huddie Ledbetter was born on the north side of Louisiana but by the age of 16 took to the road in search of work and a better life. He traveled around the South to take odd jobs as a field worker, teaching himself how to play guitar and learning how to master a variety of musical styles he heard in the regions he visited.

Musically, almost all his songs consisted of him strumming his 12-string guitar and crooning away in his hauntingly deep voice. While it may have been simple, he embodied an original and exciting voice that brought together all of the best elements from folk and blues music at the time into one powerful voice.

Unfortunately, he was imprisoned for murdering the man who his wife was having an affair with in 1930, and he ended up spending a good portion of his life in prison.

Leadbelly was never able to get mainstream credit and appreciation for his work during his lifetime, always looking to make a big hit, which lead him no other choice but to live a life of poverty and constant touring. He died of Lou Gehrig’s Disease in 1949, and only then did his music started to gain a small amount of popularity postmortem.

He remains relatively unknown for his contribution to music history, and the legacy he left behind as a performer and a songwriter have inspired a plethora of new musicians ranging from Woody Guthrie, Bob Seger and even Kurt Cobain.

Songs to check out: “Where Did You Sleep Last Night?,” “Ain’t it a Shame” and “Goodnight Irene.”