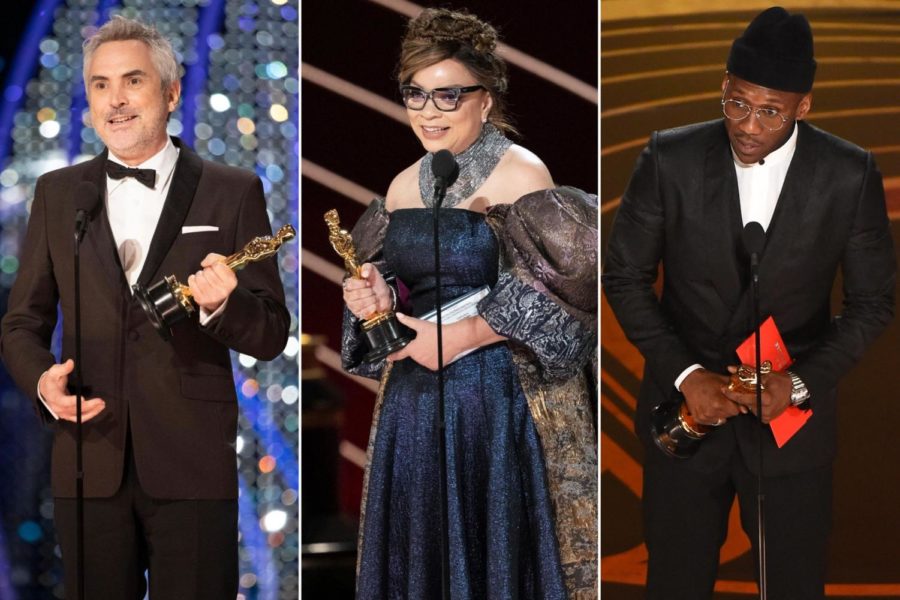 The Oscars aired without a host Sunday and did not suffer from the lack thereof.

Though the night proceeded without a proper host, the presentees prevailed and kept the show going smoothly and in order.

This was the first time in 30 years since the Oscars proceeded without a proper host.

The 2019 Academy Awards kicked off with a tribute to Freddy Mercury by none other than Queen and Adam Lambert, performing some of Queen’s biggest hits such as “We Will Rock You” and “We Are the Champions.”

The team behind “Black Panther” took home three awards for Best Production, Best Costume Design and Best Original Score. These were the first Academy Awards for the Marvel Cinematic Universe.

Lady Gaga and Bradley Cooper took to the stage, performing a duet of their song “Shallow” from the motion picture “A Star is Born,” which won the Academy Award for Best Original Song.

As always, the night ended with the Academy Award for Best Picture.

The nominees were “Bohemian Rhapsody,” “The Favourite,” “Black Panther,” “A Star is Born,” “Green Book,” “Vice,” “BlacKkKlansman” and “Roma.”