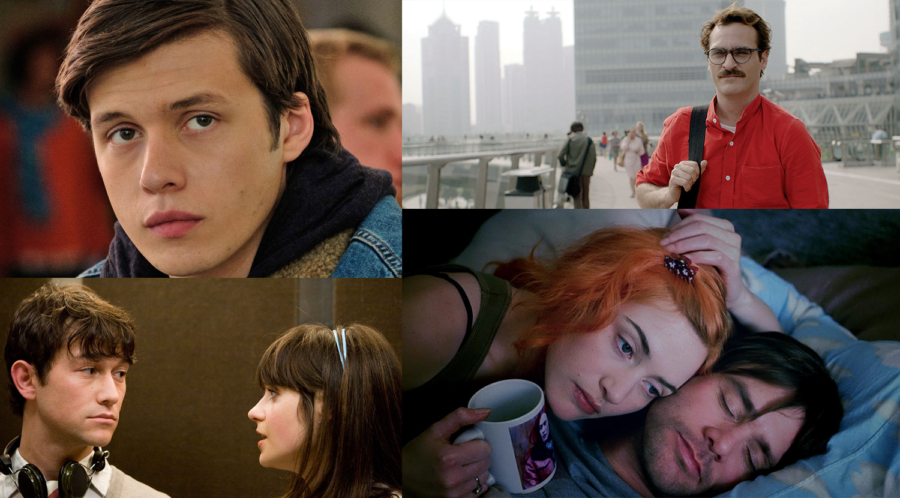 Love isn't perfect, but there's a thing or two to learn from the characters of these movies.

For lovers of the heartwarming and sappy

This was Nicholas Sparks’s first big adaptation, prior to 2004’s “The Notebook.” The film co-stars Mandy Moore, near the beginning of her acting career, and Shane West. Moore plays Jamie Sullivan, the daughter of a minister in a cozy North Carolina town who befriends Landon Carter (West), another local who is in hot water after hazing a new kid, resulting in his hospitalization. While the two have known each other most of their lives, their social circles never crossed. They gradually fall in love resulting in some of the most cheesy, sappy and heart-breaking scenes on screen. This title is streaming on Hulu for subscribers.

Italian-American widow Loretta (Cher) accepts a marriage proposal from her boyfriend Johnny (Danny Aiello), but things become tangled when his younger brother Ronny (Nicolas Cage) aggressively pursues her. Cher won the Academy Award for Best Actress for her role in this movie; she is a star behind the mic and on the screen. This movie drips with melodrama and portrays the lives of Italian-Americans more realistically than gangster films like “The Godfather.” Oddly enough, Cage was considered a heartthrob in 1987  — which seems like a lifetime ago now. “Moonstruck” is perfect for those who enjoy a classic that isn’t in black-and-white. This film is streaming on Hulu for subscribers.

This was one of 2018’s best releases. It is a thoroughly enjoyable film about a high school-age young man named Simon, played by Nick Robinson, wrestling with coming out  about his sexuality with his friends, family and peers. It’s charming, funny, and Robinson is a relatable narrator and protagonist. As “Love, Simon” reminds us, no two gay men are alike; they aren’t all flamboyant, sassy and fierce. Simon is just a regular guy and at times he seems uncomfortable with the fact that he isn’t what everyone expects a gay person to be. “Love, Simon” does a fantastic job at illustrating how sexual orientation shouldn’t be assumed based on outward appearances and personalities, and that we should all be forthright with our friends and family. We should trust they will accept who we are. “Love, Simon” is available through HBO for subscribers.

John Hughes was the master of the coming-of-age genre — no contest. Many of his films have become synonymous with the 1980s— “Ferris Bueller’s Day Off,” “Pretty in Pink,” “The Breakfast Club” — But one stands out this Valentine’s Day. “Sixteen Candles” was Molly Ringwald’s first big movie, and it launched her into ’80s super stardom. Ringwald plays Samantha Baker, a teenager turning 16 years old whose family is so distracted by her sister’s wedding they forget about Sam’s birthday. Sam spends the day tormented by everyone and everything, lamenting over a crush and struggling to find her 16-year-old identity. “Sixteen Candles” is a classic, and Molly Ringwald is a national treasure. Watch it on Netflix.

The life and times of legendary womanizer Giacomo Casanova are recounted in this historical romance film loosely based on his life. The film stars Heath Ledger in the titular role and Sienna Miller opposite as his primary love interest. Ledger — missed by fans to this day— plays a devilishly charming, dangerously handsome and irreverent playboy who meets his match when intelligent and sophisticated Francesca Bruni (Miller) denies his advances. The film takes place in the beautiful city of Venice, Italy, in the 18th Century. This film is perfect for fans of the historical genre, despite its loose recreation. This film can be streamed for $3.99 on Amazon Video.

For lovers of sci-fi

There was a time when Jim Carrey actually put out movies — and they were good! Carrey was king back in the days of “Ace Ventura” and “Dumb and Dumber,” but those days are long gone. Enjoy this later-Carrey science fiction drama flick about a man struggling to remember the painful relationship he purposefully chose to forget about. Carrey co-stars with Kate Winslet in this fascinating look into the joy and pain of breaking-up, getting back together and wanting to forget it all. This title is available on Netflix.

This romantic science-fiction drama received high praise from Rolling Stone’s Peter Travers, who called director Spike Jonze a “visionary.” The movie is set in a near-future Los Angeles and stars Joaquin Phoenix as Theodore Twombly, a lonely, introverted and depressed man (with quite possibly the weirdest character name ever) who begins to fall in love with his Siri-like virtual assistant. The upgraded operating system is voiced by Scarlett Johansson who, although she does not appear on screen, plays the part remarkably well. Travers called her “sweet, caring, manipulative and sexy.” This film is relatable to those who know how sadness breeds desperation when they are alone for too long. “Her” is available on Netflix for subscribers.

For lovers of a laugh

Yes, Ryan Gosling has become synonymous with “hunk,” but there was a time between “The Notebook” and “Crazy, Stupid Love” when Gosling starred in this hidden gem: “Lars and the Real Girl.” This comedy-drama is centered around Lars Lindstrom, a man who lost his mother at a young age. When Lars’ estranged older brother movies back into town with his pregnant wife, the two brothers are forced to share their childhood home. To make matters stranger, Lars introduces his family to his new friend, a wheelchair-mobile Brazilian-Dutch missionary named Bianca — who is actually a sex doll. This movie is both endearing and funny as Lars’s family struggles to accept his new girlfriend. This movie is available on Hulu for subscribers.

In the simplest of terms, this movie is about rejection. Tom Hansen, played by Joseph Gordon-Levitt, falls in love with a beautiful and bubbly woman named Summer, played by Zooey Deschanel. Summer is seemingly perfect but doesn’t believe true love exists. Tom projects the fantasy of his “perfect girl” onto Summer, who in fact, she is not. He struggles to realize she is not his fantasy come to life, but a real person. This movie is relatable for anyone who struggled to get over an ex. “(500) Days of Summer” is available on Amazon Video for $3.99.

Adam Sandler, much like Carrey, used to put out decent comedies; before the dark days of “Jack and Jill” there was “50 First Dates.” Sandler co-starred in this romantic comedy with Drew Barrymore about a man who falls for a woman with debilitating short-term memory loss. Not only does she forget their dates, she forgets him too. After every date. Sandler’s character is determined to make her fall in love with him everyday until she remembers him. “50 First Dates” is hilarious, sweet and some of Sandler’s best work. Watch this movie; don’t watch “Jack and Jill.” “50 First Dates” is available on Amazon Video for $3.99.

Bonus: For lovers of ogres

Everyone knows this movie; there isn’t a megabyte of Internet bandwidth that has not been touched by Shrek memes. That being said, “Shrek” is the perfect Valentine’s Day movie. It’s a story about true love and acceptance, about finding the beautiful soul within a stinky, eye-stinging onion skin. What says “I love you” better than being able to pass gas around your significant other? Like the adage goes, “Shrek is love. Shrek is life.” Shrek is available on Netflix.