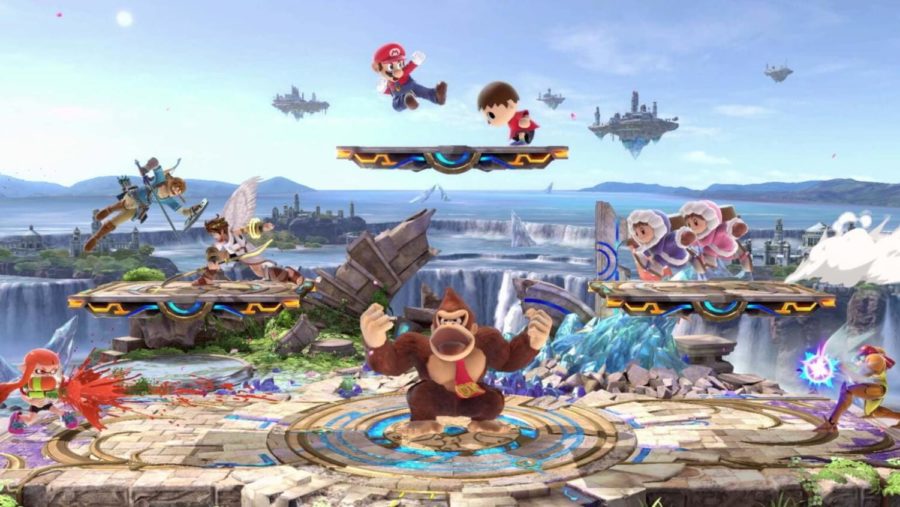 With the constant release of new movies and video games, there isn’t enough time to watch and play them all. Instead, movie-buffs and gamers should devote their time to only the best of a given year; it’s the more efficient option.

So those of you searching for the best film and gaming experiences of the year, look no further. This is my definitive list of 2018’s top fantastic films and great games, ranked from better to best.

A World War II movie that breaks the norm for what a war movie should be, “Overlord” is fictional — but that doesn’t detract from the movie. Most movies in this genre focus on these huge missions or objectives that their characters have to complete, so it was a breath of fresh air seeing the characters in “Overlord” take on a smaller-scale mission. It makes the movie feel more personal. The film contains supernatural elements that seemed like they could have actually happened in real life. But these elements don’t feel like a gimmick; they are seamlessly blended in the World War II setting creating a movie that is unique.

This culmination of dozens of movies has led viewers to Marvel’s “Avengers: Infinity War.” There is so much going on in this movie, and there are so many characters that blinking while watching this film almost guarantees you’ll miss something. Everything in the movie is visually stunning and a marvel to see. The one drawback is it requires you to see tons of previous Marvel movies to know what’s going on. Since this movie has so many characters, it can feel like the pace is moving at breakneck speed. Even though it isn’t the best Marvel movie, it is a milestone for the Avengers franchise, proving huge cinematic universes and crossovers can succeed.

This movie is shockingly fantastic. In one of the best action movies of the past few years, Tom Cruise once again nails his role as Ethan Hunt. The filmmakers even included a shot in the movie in which Cruise actually broke his leg because he does all his own stunts. With a strong supporting cast, great action choreography and a well-written script, this will continue to be a series to look out for.

“First Man” looks at the life of Neil Armstrong and his fellow astronauts as they try to land on the moon. It focuses primarily on the personal life and struggles of Armstrong and creates a window into what astronauts went through emotionally at the time. The film illuminates the difficulty of the mission and the toll it took on the U.S., and it forces the viewer to question whether it was the right thing to do with our country’s resources. Combined with the most beautiful cinematography of the year, “First Man” is a special experience.

Yes, “Hereditary” is a great horror movie, but it’s also an amazing movie, period. The reason it’s so good is because of the realism. How the characters react to the awful circumstances to which they are subjected is exactly how real people would react. Being able to react realistically to situations that aren’t actually real is a testament to how good the actors are in this movie. This horror film succeeds where others fail. Instead of relying on jump scares that plague many horror movies, “Hereditary” uses disturbing imagery and subtle clues to terrify the viewer. The movie doesn’t shove exposition down your throat; it lets the plot flow naturally and lets the viewer piece everything together themselves. “Hereditary” should be remembered as the best movie of 2018 and the best horror movie in a long time.

Swinging around New York City as Spider-Man is worth this game’s purchase alone. It is so much fun just traveling around the gorgeous map you might forget about the amazing story and fluid combat. This game looks, feels and sounds fantastic and has enough tear-jerking moments to keep you around for the long haul. Its only drawbacks are that it is too short and not difficult enough, which is why Spider-Man is only in the No. 5 spot.

Swinging around New York City as Spider-Man is worth this game’s purchase alone. It is so much fun just traveling around the gorgeous map you might forget about the amazing story and fluid combat. This game looks, feels and sounds fantastic and has enough tear-jerking moments to keep you around for the long haul. Its only drawbacks are that it is too short and not difficult enough, which is why Spider-Man is only in the No. 5 spot.

Rockstar’s new title “Red Dead Redemption 2” should be renamed “Cowboy Simulator” 2018 because that’s precisely what it is. You can do anything an outlaw in the Old West could do, and you can do it in the absolutely jaw-dropping world Rockstar created. You are only limited by your imagination in this cowboy playground. If you wanna go hunting you can; if you wanna go gambling you can; and if you wanna loot and murder an entire town, you can do that, too. And the player can always fall back on the engaging story if they ever get bored, but the game has loads to do, and it’s all fun. “Red Dead Redemption 2” is insanely realistic and should be cherished simply because it is a sheer technical marvel.

With 11 games in the series so far, the developers know what they’re doing. “Dragon Quest XI” is as close to a perfect traditional role-playing game (RPG) as you can get. The story is timeless, the characters are interesting, the combat is addictive, the world is huge and exploration is encouraged. In other words, this game does everything expected of an RPG. With an average playtime of 85 hours, it’s sure to keep you satisfied.

The ultimate crossover makes its way to the ultimate console — hence the name, “Super Smash Bros. Ultimate.” Smash Bros has been a Nintendo staple since 1999 and with each consecutive release the game gets more and more content. Fast forward to 2018, and now there are 74 different playable characters and dozens of maps. The Nintendo Switch is the perfect platform for this game since it functions as both a console and a handheld. Playing one of the best fighting games of all-time in its most perfect form puts this game above the rest. It’s the best game of 2018.