‘Shrek the Musical’ turns out great despite setbacks 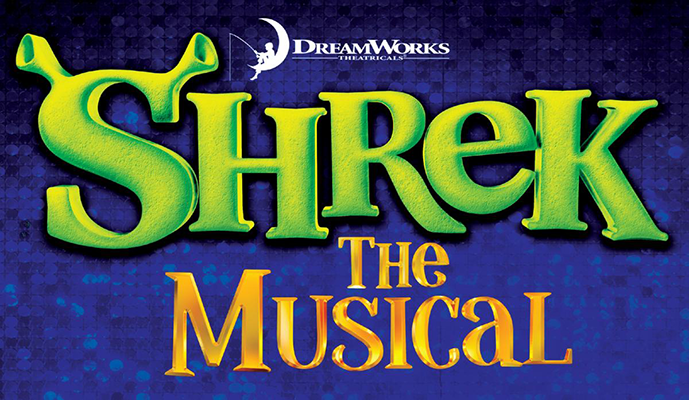 Although the cast and crew of “Shrek the Musical” had to sacrifice two dress rehearsals to poor air quality, the show had to go on, and without a hitch, it did.

As people filled the lobby of the Maria Carrillo High School auditorium for opening night, murmurs began circulating about the missed rehearsals. The attendees, however, remained positive, some even showing up in ogre ears.

“We had to do three nights worth of work in one night because of the closures.” said the SRJC Theater Arts Department Chair and Artistic Director Leslie McCauley, referring to the grueling rehearsals for the nearly three-hour performance.

A dress rehearsal for the Shrek cast means more than a costume and some makeup. “They have to wear things like prosthetics and giant animal costumes,” McCauley said.

The show began not even 5 minutes off schedule. The one and only Pinocchio gave the “turn off your cell phone” shpiel, the actor giving a spot-on impression with an even better costume.

This is only a taste of what was to come.

The roles for Shrek and Fiona are expertly filled by actors Danny Banales and Samantha Bohlke-Slater, who weren’t afraid to be silly, zany and sometimes even crude.

The musical aspect was a fun twist, with some of the actors showing an impressive vocal range.

Although all the actors showed great singing, some really stole the show. Isaiah Carter, the actor who played Donkey, was not only hilariously flamboyant but has an excellent singing voice, garnering loud cheers after every performance.

Actress Jackie Diaz, who played both the Dragon and Mama Bear, wowed the audience with her powerful vocals. Her voice effortlessly set her apart.

Lord Farquaad, played by Noah Sternhill, was by far the funniest character. The scripted lines alone were enough to get you rolling, but his sassy attitude made his character stand out.

The musical numbers were made even better with the addition of a live band just offstage but not quite out of sight of the audience; this element gave the performance a very real, professional feel.

The play is recommended for people ages 6 and above, assumingly because of the repeated use of the word “ass,” however, they didn’t shy away from the not-so-occasional fart joke. Yet, as soon as you begin to think this play is meant mostly for children, the actors throw in a healthy dose of adult humor to keep the older folks in the crowd engaged.

Accordingly, there were many children in attendance buzzing with excitement to see one of their favorite movies brought to life. Charlie Geiss, 12, said, “I really like Shrek, and I like musicals a lot more than plays where they only talk.”

The only downside was a lack of Smash Mouth songs; specifically the song “All Star.” However, the show ended on a high note with “I’m a Believer,” which gave a final nudge to the original movie, whose storyline “Shrek the Musical” followed closely except for the musical numbers.

The play will run through Dec. 2 at Maria Carrillo High School and will be the last performance of the semester the SRJC Theater Arts Department produces. For ticket information, go to the Theatre Arts Department page on the SRJC website.