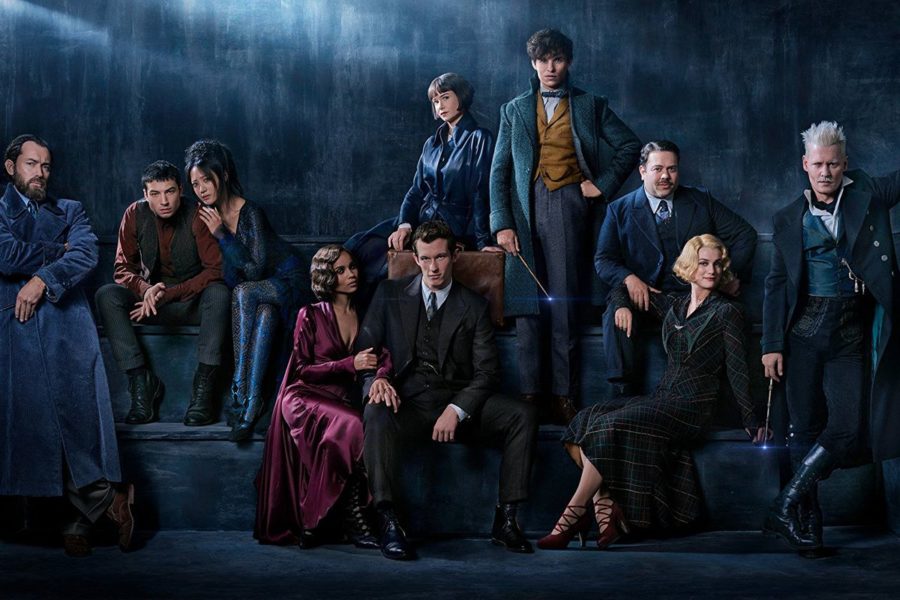 “Fantastic Beasts: The Crimes of Grindelwald” is nowhere near as fantastical as its predecessor nor its legacy. The movie moves at a snail’s pace without any resolution in sight as it follows the protagonists through spiraling twists and dull world-building.

“Fantastic Beasts: The Crimes of Grindelwald” was directed by David Yates and written by J.K. Rowling. Yates directed the final four Harry Potter movies, three of which are some of the best in the series, and without Rowling there would be no wizarding world at all. With both major players at the helm, it’s a wonder how the sequel to the 2016 spin-off of the Harry Potter series turned out so tiresome.

Eddie Redmayne returns as protagonist Newt Scamander, a kind-hearted and quirky magizoologist. Redmayne is an excellent actor and continues to deliver as his character. He is perhaps the most consistent character in the new series so far, his character arc slowly building over time and to be resolved in future films. However, he is unable to shine with the multitude of subplots bogging down the film.

Johnny Depp reprises his role as Gellert Grindelwald, the second most infamous dark wizard in the Harry Potter universe. Grindelwald is the primary antagonist of the spin-off series and was introduced at the end of the first film as a twist. As Grindelwald, Depp plays a charismatic villain with a silver tongue, able to turn the allegiances of wizards to his regime. Grindelwald is nowhere near as threatening as Lord Voldemort, the antagonist from the Harry Potter movies. Grindelwald lacks the buildup Voldemort received in the first three films before making his sinister return to physical form in the fourth film, “Harry Potter and the Goblet of Fire.”

For a film called “The Crimes of Grindelwald,” the titular villain did little besides look like an aging punk rocker. Grindelwald is only interested in getting Credence Barebone (Ezra Miller) on his side. Credence debuted in the first film as an orphan with a magical parasite called an “Obscurus,” a powerful CGI effect that rampages around and looks threatening. Every scene with Credence feels pointless and boring. The film spends far too much time trying to make us care about Credence and the mystery of his backstory.

New character Leta Lestrange (Zoe Kravitz) was once Newt Scamander’s closest friend and love interest but is now engaged to his brother Theseus Scamander (Callum Turner). Leta Lestrange also has a subplot in the film involving her own long-lost brother, a source of pain from the character’s past. The character is interesting but underutilized in a film already bursting with new characters.

Porpentina Goldstein (Katherine Waterston) and her sister Queenie (Alison Sudol) return from the first film. Tina and Queenie feel out of place in this movie. Tina has little screen time until the second act and Queenie is shoehorned into a subplot she has no business being a part of, behaving very uncharacteristically. The same could be said of Jacob Kowalski (Dan Fogler), Queenie’s muggle “no-maj” love interest. He returns from the first film as the same likable yet bumbling New Yorker. He has little to do in “The Crimes of Grindelwald” but follow Newt across Europe.

Hands down, the best character in the film is Albus Dumbledore (Jude Law). Law does a fantastic job at creating this younger version of Albus, whom we have only seen as a very old man in the Harry Potter series. This inclusion of Dumbledore comes with a plot-hole. “The Crimes of Grindelwald” takes place in 1927 and the events of Harry discovering Tom Riddle’s past shown in “The Half-blood Prince” took place around 1937-38. In these events, Dumbledore is much more aged and played by his previous actor Michael Gambon. Only time will tell if these discrepancies are addressed in the future films.

The first film was a large departure from the original Harry Potter movies. It takes place in New York City in the 1920s, not at Hogwarts or in the U.K., and a majority of the characters are adults rather than children. The Harry Potter films introduced audiences to a magical world full of magical creatures, and “Fantastic Beasts and Where to Find Them” introduced even more incredible creatures. We all fell in love with the gold-thieving, pudgy Niffler. “The Crimes of Grindelwald” brings back the Niffler, and even Niffler pups that are twice as adorable. But the second film loses its focus on fantastic beasts, relegating them to CGI props.

The only crime this movie commits is making the audience sit through two hours of subplots that lead to little pay-off. The movie feels pointless, and in a world built around magic, there is very little spectacle. With three more “Fantastic Beasts” movies on the way, it feels “The Crimes of Grindelwald” was merely a stepping stone meant to bridge the first film with the rest of the upcoming saga.