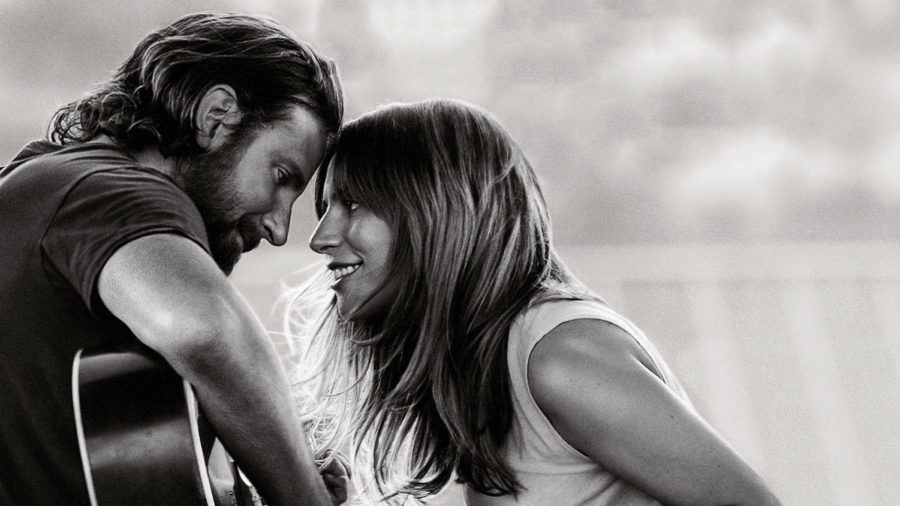 Bradley Cooper and Lady Gaga bring powerful performances to this 2018 iteration of “A Star is Born.”

Bradley Cooper stars and directs this romantic musical drama about a turbulent relationship between a failing alcoholic country singer and his lover, as she rises to fame. The film is a slow burn of emotional intensity ending with a sucker punch that leaves you breathless.

Gaga has left her mark on the pop industry. She is iconic. As a leading woman, she takes her talents to new heights, belting out solos and duets that tug at the heartstrings and keeping pace with Cooper’s strong acting. She delivers in every scene as she portrays a rising star.

Cooper often ends scenes abruptly with a dip to black fade, playing on the fact that his character is a blackout drunk, wading through life and looking for purpose at the bottom of the bottle. The film stands on its own without being a copy of its past versions. Cooper still manages to slip in several references, nodding to the originals.

The strongest part of the movie is not the incredible vocal performances of Lady Gaga and Bradley Cooper, but the realistic people they portray. Ally (Gaga) isn’t the image of perfection. She has a big nose that she’s self-conscious about and the audience learns her physical appearance has cost her singing opportunities.

Jackson Maine (Cooper) is a surly man with an old soul, damaged by his past and haunted by his afflictions. Not only does he have severe alcoholism and drug addiction, he suffers from Tinnitus made worse by the years of concert performances. Cooper creates and portrays a more believable falling star than Kris Kristofferson in the 1976 version. Kristofferson’s John Norman Howard gives us no reason to pity him, he is given no backstory to reason his irreverent behavior.

Cooper and Gaga are joined by a small supporting cast including Sam Elliott, Dave Chappelle and Andrew Dice Clay. Elliott plays the much older brother to Cooper and his road manager. Their relationship is tumultuous, Bobby Maine (Elliott) plays an important role in his life, as his road manager and father figure. Elliott, known for his cowboy aesthetic in films like “Tombstone,” shows moving vulnerability in his role, adding to the ensemble of emotional performances. The story is relatable because everyone is a mess, we all struggle to keep trucking along and we do what we have to do to get by.

Cooper’s “A Star is Born” takes an old story and makes it new again. With the first version of the movie dating back to a 1937, then again in 1954 and 1976, this modern retelling of the classic Hollywood story lives up to the legacy and shines with deep, resonating emotion delivered by stellar performances and incredible songs. With 2018 nearing its end and Oscar season around the corner, “A Star is Born” is clearly gunning for an Academy Award and it’s a shoo-in.