Move over Marvel, it’s time to be Plus Ultra 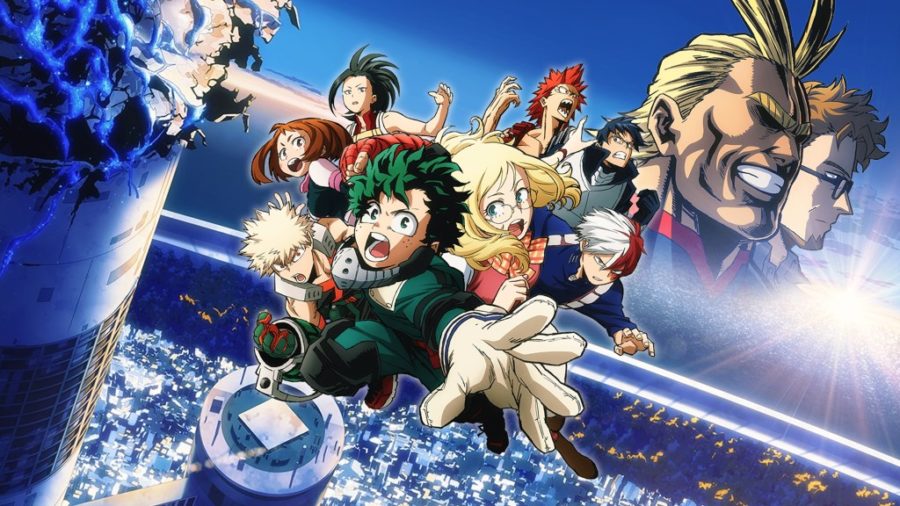 “My Hero Academia: Two Heroes” is an all-out blast with incredible, goosebump-worthy fight sequences that will thrill and leave you wanting more. The movie cements the series as the top contender for the next greatest anime.

The movie was made for fans of the anime and manga, so newcomers will miss out on more than 60 episodes and 188 chapters of character development and story. “My Hero Academia: Two Heroes” is integral to the series canon as the movie and the show are connected.

This is the first feature length movie for “My Hero Academia,” joining a long running tradition of movies for popular anime series. The series takes place in a world where 80 percent of the population is born with abilities called quirks. These quirks can be as mundane as having extra bendy fingers, or powerful and versatile like explosions from the hands. Superheroes are commonplace and students aspire to be pro heroes. The protagonist of the series is a young man named Izuku Midoriya, born quirkless; he strives to be like All Might, the No. 1 Hero in the world.

“My Hero Academia: Two Heroes” takes everything great about the anime and brings it to the big screen. The story is simplistic with a few plot twists to keep things interesting. Fight scenes are fast, exciting and perfectly animated. Seeing the colorful cast of characters shine on the big screen was as exhilarating as it was inspiring. If you are a fan of the series, you know how painful it can be to be left on a cliffhanger each episode and wait a whole week for the conclusion. “My Hero Academia: Two Heroes” is a fully realized story in the “My Hero Academia” universe. From start to finish, the movie feels like a complete arc of episodes, a story that would normally take several episodes to conclude.

The movie opens with a bank heist in California that is quickly thwarted by a young All Might, studying abroad in the United States.This backstory is essential for fans as this is the first time we see All Might in action as a young man and get introduced to his old sidekick and friend David Shield. Cut to the present, All Might and his protégé, Izuku Midoriya, are invited to an expo on I-Island, a marvelous floating city and home to thousands of quirk researchers. A group of villains attack the expo and take the entire island hostage. All Might is subdued and it’s up to Midoriya and his friends to save the day.

The fights are smoothly animated and fans will surely get goosebumps with every punch. It is clear the animators were able to fully realize the show’s potential with a bigger budget. During the action, the characters move faster, their animations are more fluid and detailed, and it’s clear the animators had fun with the material. The movie stays true to the series, no character feels out of place, or behaves uncharacteristically. There is a recurring theme of challenging oneself, to go beyond one’s limit, and it really hits home in the finale.

“My Hero Academia: Two Heroes” will delight fans. The movie never takes itself too seriously and brings in as much laughter as the series. Fan favorites like Katsuki Bakugo, Denki Kaminari, Momo Yaoyorozu, Ochaco Uraraka and Shoto Todoroki join the main cast of characters, while others like Mezo Shoji, Asui Tsuyu, and Hanta Sero make minor cameos.

It is highly recommended to watch the series before seeing the movie because it takes place in the middle of the third season, so newcomers may not catch the running gags like the dumb face Kaminari makes when he reaches his watt limit, Mineta’s perverse character motivations and Bakugo’s trigger-happy short temper. The movie gives just enough backstory to provide some insight to first-time viewers and a quick recap for returning fans.

The movie is only in theaters for a limited engagement from Sept. 25 to Oct. 2. If you miss out on seeing the film on the big screen, you’ll have to wait to see it on DVD, and this one is definitely worth the buy.