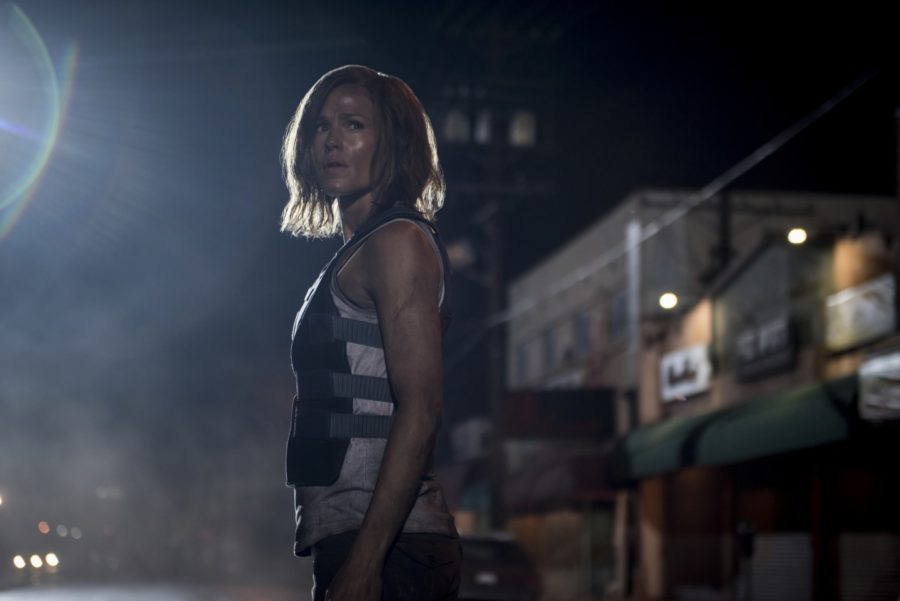 Jennifer Garner returns to the silver screen in "Peppermint." Garner stars as Riley North, a mother-turned-vigilante after she witnesses the brutal murder of her family after an outing on the town.

In the movie industry, films about motherhood and films about revenge are often separate ideas, but Jennifer Garner bridges the gap between these two worlds once more in her newest film, “Peppermint.”

After a family outing-gone-wrong, Riley North (Garner) turns to crooked cops to help her convict the cartel members who murdered her family, only to realize the broken system can’t bring her justice. She then flees the country before returning on the fifth anniversary of her family’s death, thirsty for revenge.

The film centers around this theme of vengeance and the acts North commits to produce “justice.” Her self-sacrificial tendencies are what distinguishes her from a grudgeful criminal to a righteous vigilante. Because North chooses to target the cartel, the media reveres her as a hero while the police believe she’s a criminal.

But it’s Skid Row, the community that sheltered her during her rehabilitation back into Los Angeles, that views her as a saint. The neighborhood went to the lengths of commemorating North with a mural of her painted as an angel with black wings.

Aka, the angel of death.

This isn’t the first time Garner has portrayed a flawed hero. From 2001-2006 she starred as Sydney Bristow, a master of espionage and disguise in the hit show “Alias.” Then, at the heels of the finale, she continued her mercenary theme in “Elektra.” It was her first action film where she was the protagonist—and her second Marvel film after starring in “Daredevil.”

These projects launched Garner as a small-screen actress. After “Elektra,” she was no longer a secondary love-interest in a romance film; Garner also became the hero America needed when she emerged guns blazing into the action genre.

“Peppermint” capitalizes on this. It combines Garner’s typical roles as a mother and a warrior into one pivotal role: a feminist heroine. Garner’s portrayal of Riley North exaggerates the search for justice, but more importantly represents how women are seldomly the pioneers for such change in the action industry.

“Peppermint” follows a formula, but it’s also in stark contrast to other action films. It may seem like you’ve seen this plot in thousands of other movies, but “Peppermint” is a stab at the patriarchy.

Garner is reprising her role as a certified badass to demonstrate her talent and creativity in a film that lacks substance. The point, however, wasn’t to have a distinguished script, it was to create representation; to create depth where there was none.

Without Garner, the film wouldn’t have been the same. The symbolism deeply embedded within Riley North’s character would have been lost in any other actress. But it’s Garner who is able to not only tell but show the audience the importance behind “Peppermint.”

It’s more than just an action film. It’s a stance on feminism, a question of morals and more importantly, the return of Jennifer Garner.

“Peppermint” won’t be winning an award anytime soon, but it’s the beginning of a revolution in Hollywood’s male-dominated genre, a challenge Garner is more than qualified to conquer.