“A Simple Favor” is simply devious 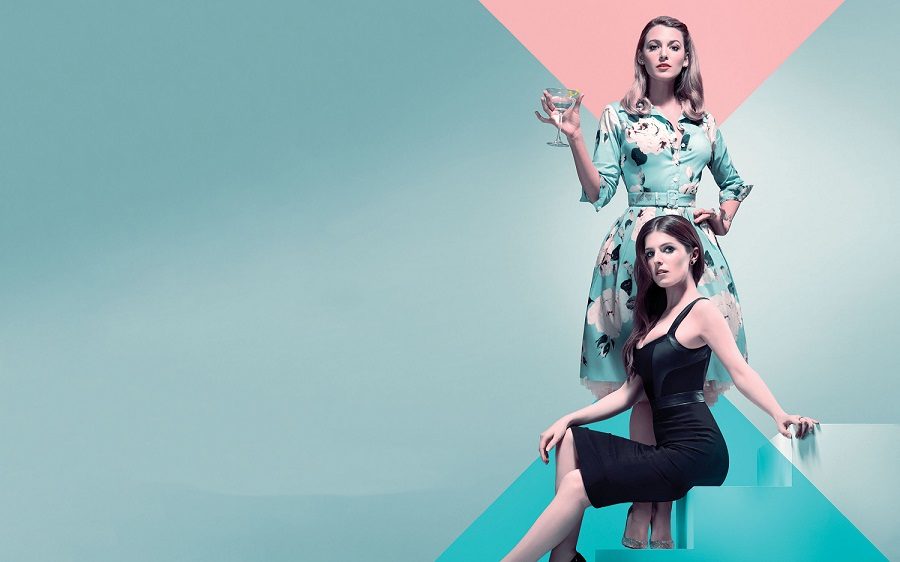 Anna Kendrick and Blake Lively play cat and mouse in this black comedy.

Anna Kendrick and Blake Lively co-star in this black comedy that explores the darker side of secrets, friendship and infidelity. The film shifts erratically from chilling to laugh-out-loud funny and at times it is difficult to tell what kind of film it is exactly. “A Simple Favor” manages to deliver both a cold, murderous thriller and a cheeky, subtle comedy.

Directed by Paul Feig and written by Jessica Sharzer, the film is based on the book of the same name by Darcey Bell. Feig, who also directed “Bridesmaids” and “Spy,” adds another female-centric comedy to his résumé, proving time and again that women are equals in the realm of film and comedy.

The film takes place in a suburban Connecticut neighborhood and revolves around the twisted friendship between Stephanie (Kendrick) and Emily (Lively).These two strikingly different women meet through their young sons, Miles and Nicky. Stephanie is an over-involved mother who takes it upon herself to fulfill any role needed by her son’s classroom, whether that is baking goods, creating arts and crafts or volunteering for any event. Emily, in contrast, is tall and blonde to Stephanie’s short and brunette. She is crass yet elegant, nonchalant but deadly serious. She is an enigma even to her husband Sean, played by Henry Golding (“Crazy Rich Asians”). The two women bond over strong martinis and dirty secrets, finding a best friend in each other. When Emily (Lively) suddenly vanishes, Stephanie takes it upon herself to sleuth for the truth.

“A Simple Favor” is an oddly funny thriller that will please murder mystery fans and keep viewers glued to their seats as the simple plot quickly becomes complex and full of so many twists even M. Night Shyamalan would blush.

While Lively excels at playing a cool, sheik and dangerously mysterious high-powered mom, Kendrick steals the show with her genuine quirkiness. In fact, Kendrick plays quirky so well this time around, we forget she’s done it before in the “Pitch Perfect” films and “Up in the Air,” for which she was nominated for an Academy Award for Best Supporting Actress.

Exposition is delivered to us through Kendrick’s entertaining webcasts. Flashbacks are smartly inserted and deliver important character development moments to help keep viewers guessing about character motives. At times the tone of the film can be confusing as it jumps from humorous to thrilling in a matter of minutes, and Kendrick cannot turn off her quirkiness even if she tried. However, that is what makes “A Simple Favor” a deceptively great thriller, because it subverts your expectations of a typical thriller. Going in and expecting “Gone Girl” is a mistake as the two film are completely different, that difference making “A Simple Favor” stand out on its own.

“A Simple Favor” is never boring or difficult to follow as it leads us down its rabbit hole plot taking many twists and turns along the way. The film is as engrossing as it is a riot of laughter and will surely garner a cult following over time, if not right away.