Video Games to Look Out for in September 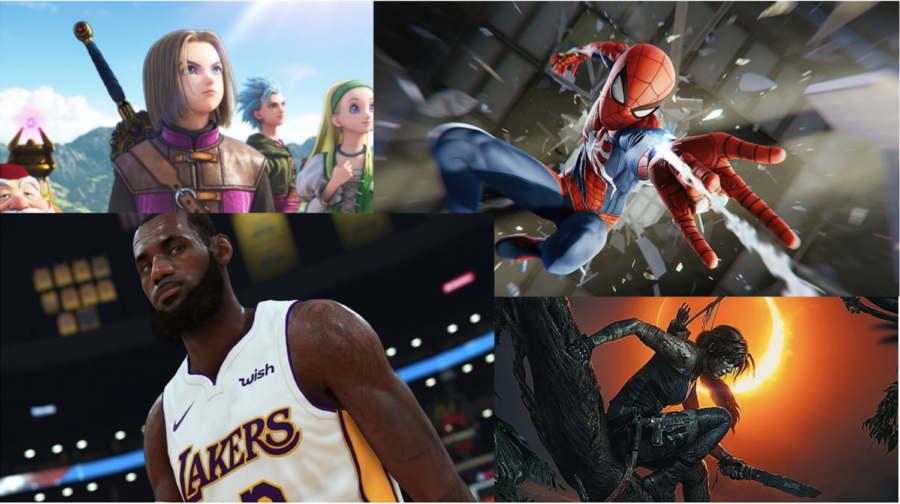 The video game industry is constantly expanding. With so many new titles being released each month, it can be hard to decide which ones to buy, a main concern for college gamers. When trying to balance school, work and free time, it’s important to make sure the games you’re spending time and money on are worthwhile. Look out for these games during the month of September.

The 11th installment of this classic series is shaping up to be an amazing addition to the Japanese role playing game (JRPG) genre. Many ongoing JRPG series, such as Final Fantasy, keep changing their core gameplay formulas whereas the Dragon Quest series sticks to the traditional gaming formula they have mastered. However, this doesn’t discredit the game, Dragon Quest XI is receiving great reviews. IGN rates it an 8.8 out of 10, Metacritic gives it an 88 out of 100 and Gamespot gives it a 9 out of 10.

Marvel fans will not want to miss this new action game that delves into the life of Peter Parker. Although this character has been seen in many other video games, this new iteration of Spider-Man presents itself in such a smooth, polished way, it stands a good chance of setting a new standard for superhero games.

The NBA 2k games have long been among the most popular sports video games. Fans continue to play them because of their unique mechanics and satisfying gameplay. However, sports games usually come out with a new installment every year and they tend to feel like the same game with small graphical enhancements. NBA 2k has always been different in this regard. NBA 2k’s developer, Visual Concepts, optimize this franchise every year and keep it fresh by adding new gameplay elements.They looked at NBA 2k18’s problems and are changing many facets of their beloved franchise. NBA 2k19 is seeing big overhauls in defense mechanics. Getting to the net is not only harder but with a new stealing system, players have to be much more strategic on offense if they want to score.

In this new installment of the Tomb Raider reboot, Lara Croft has accidentally set off the end of the world and has no choice but to save it, while discovering secrets of her past. Although this story may sound cookie cutter, Shadow of the Tomb Raider’s developers, Crystal Dynamics and Eidos Montréal, have never failed when it comes to unique storytelling and character development. With their gritty, more realistic look at the world of Lara Croft, the first two games have brought old fans back and found new fans who enjoy great action-adventure titles.

Life is Strange 2 is an adventure game following in the footsteps of its hit predecessor. The episodic game will be periodically released starting Sept. 27. Story and player choice drive these games so it makes the player feel like it is their own story since their choices hold so much weight in the outcome of the game. Players that enjoy gameplay over story may want to avoid this title because this game is entirely story based and more hands-on players will not find much intensive gameplay to sink their teeth into. The original Life is Strange told a heart-wrenching story, making players question their values and beliefs. The complex game asked players to answer ethical questions with extreme repercussions. In the end, it leaves the player with interesting dilemmas to ponder. It’s safe to assume the second installment will follow suit.

Sports games come out with yearly releases and changes can be insignificant, however, like NBA 2k19, Fifa 19 is making new changes that will add more depth to the already technical gameplay. Fifa will be adding new game modes and the ability to set house rules that will allow players to customize previously unchangeable rules, adding more variety. A new function known as the “sweet spot” is being added as well which will make Fifa 19 a much more skillful game. If the player taps the shoot button right as their character kicks the ball, the shot will be more likely to hit one of the top corners of the goal, making your shot harder to defend. Although get the timing wrong, and your shot will be much less effective. This function will give veterans of the series something new to master and new players will be drawn in due to the added depth these changes provide.